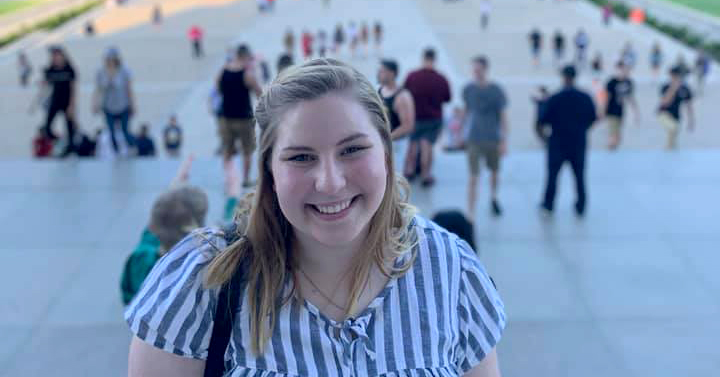 Melissa Rolseth ’20 ΑΓΔ, is both a Westminster student and a published writer. The busy senior from Owasso, OK, penned an article about the Tulsa Race Riot of 1921 in Tulsa World on Nov. 28.

The political science and history double major became intrigued by accounts of what occurred to her as a massacre and act of domestic terrorism. After a little digging, a senior thesis topic was born.

“I found we were only a few years away from the 100th anniversary of this event, so I thought it would be the perfect time to delve into this topic and spread awareness of it,” Rolseth says of her thesis titled “Hate Crime or Terrorism: An Analysis of the Tulsa Race Riot of 1921.”

Impressed with the end result, Department of History Chair Dr. Mark Boulton encouraged Rolseth to write an op-ed article for the Tulsa World.

“Missy’s thesis is a fantastic example of the kind of signature work Westminster students produce,” Boulton explains. “We are immensely proud of her for taking this next bold step of putting it out there for public scrutiny.”

Rolseth adds that being published is slightly nerve-racking and that she was concerned about possible backlash for her ideas. “However, I have only received positive feedback. My parents are still receiving copies in the mail from proud friends in the Tulsa area,” she says.

Busy with finals and law school applications, Rolseth paused briefly this week to discuss the article and offer kudos to her supportive Westminster professors — one of whom encouraged her to dream bigger than Supreme Court justice.

“He asked me why I wasn’t trying for the Chief Justice position,” Rolseth says of their conversation. “The professors here truly are exceptional at what they do and encourage us to push our limits to become better students and citizens.”