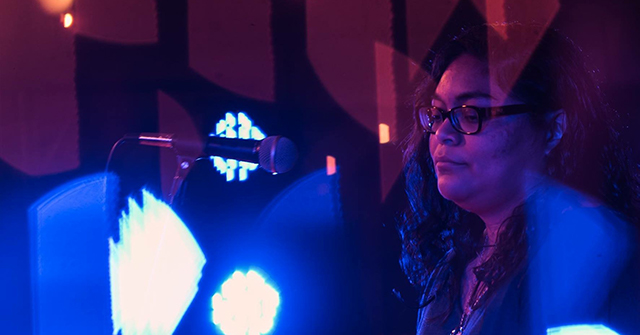 Writing poetry is as natural way to meditate and relax for Noelia Cerna, ’09. The method of expression became a part of her well-being in junior high after a teacher introduced her class to an emergency poetry unit following the deaths of two students within weeks of each other. “She introduced it to try and help us mourn in a more healthy and productive way,” Cerna explains.

Cerna went on to major in English with an emphasis in Creative Writing at Westminster, where she honed her skills as a poet. Cerna’s interest in poetry continued to grow following graduation. The Fayetteville, AR, resident eventually won the 2017 Spa City Poetry Slam in Hot Springs, AR. She then was invited to read her poetry at Wednesday Night Poetry on Jan. 2 at Kollective Coffee+Tea in Hot Springs. A story on that event recently ran in the Arkansas Democrat Gazette. 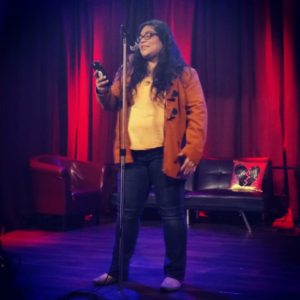 The evening follows a series of poetry readings and workshops Young has participated in throughout the last decade, including the Open Mouth Reading Series Retreat in Fayetteville, AR, the Two Sylvias Press Retreat, and the Speakeasy Project All-Ages Poetry Retreat. The workshops exposed Young to current, well-known poets such as Hanif Abdurraqib, Eloisa Amezcua, and Rosebud Ben-Oni — all multicultural poets much like herself who help inspire her work.

Born in Costa Rica but raised in Springdale, AR, Cerna says she arrived at Westminster with the intention of getting away from her hometown. It was here that she encountered faculty who threw fuel on the fire of her passion for poetry. “Westminster gave me a group of mentors that would offer me their guidance and continued support throughout my life,” Cerna says. “They have become some of my dearest friends.”

One such friend is Professor Emeritus Wayne Zade, whose book-lined office with jazz playing in the background became a temporary haven for Cerna. “Those times, I felt like I was at home, when I desperately needed that safety,” she says.

Today Cerna says her poetry helps her feel proud of herself. She listens to her instincts and works on pleasing herself instead of everyone else around her, which she views as her greatest success. “As a woman it can sometimes be hard to say we like who we are exactly as we are, but I have found a way to like who I am,” Cerna explains. She adds that poetry also connected her to her spouse, Wayne Young.

Cerna’s newfound self-confidence gives her the strength to volunteer for the Crisis Text Line and mentor for the PEN America Prison Writing Program. She explains that the organizations, coupled with her poetry, allow her to help others who are struggling. “I struggle with depression and anxiety, so helping people in crisis means the world to me,” Cerna says.

The PEN America Prison Writing Program also has inspired the poet to write a collection of essays about the Arkansas prison system, which she hopes to publish in a book some day.

Meanwhile, when Cerna isn’t writing, she spends time with her three “obnoxious” cats, Tigger, Berlioz, and Bagheera. And if she could dream up any profession, with pay not being a factor, she would continue to write poetry but add a little world travel and photography to the equation. For now, though, Cerna is content with her day job as a legal assistant at Martinez Law Firm, writing, volunteering, and reflecting on one of her favorite quotes by Emily Dickinson, which seems an apt description of Cerna’s approach to life: “‘Hope’ is the thing with feathers that perches in the soul and sings the tune without the words and never stops at all.”