Board of Trustees Approves Tenure for Five Faculty Members 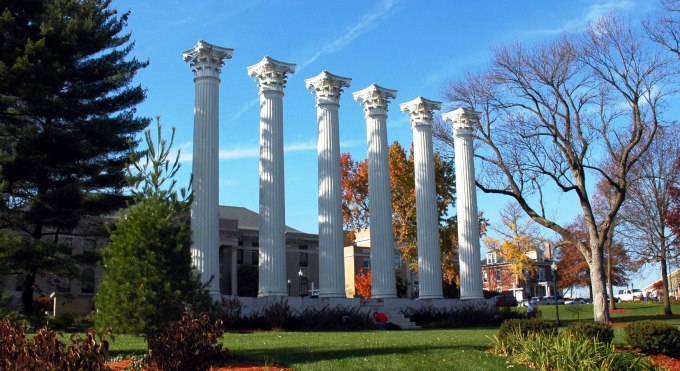 The Westminster College Board of Trustees approved tenure for five faculty members during the recent February 2019 board meeting.

The Westminster College Faculty Handbook explains that the tenure system is vital to attracting the best faculty and plays an important role in providing “the professional and personal security necessary for academic freedom, productive work, and the satisfaction of an academic career.”

Congratulations to the following faculty members for this important achievement: 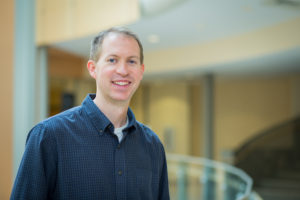 Dr. Brunner is an associate professor of psychology who enjoys studying human behavior in a variety of social contexts. He earned a PhD and an MA in Social Psychology, and a minor in Quantitative Psychology, from Ohio State University in Columbus, OH. He received a BA in psychology from the University of Missouri-Columbia. Brunner’s recent research is on growth vs. fixed mindsets, and he tries to use that to aid in retention efforts at Westminster. Brunner has presented this work at two national conferences. In addition, he is the recipient of the Junior Faculty Award, sponsors the Psi Chi psychology honorary society, and is recognized for mentoring at the Alpha Chi induction ceremony. Brunner has served on the Personnel, Executive, and Assessment Committees and has chaired the Ethics in Research Committee for four years.

When Brunner is not at Westminster, he enjoys spending time with his family. He loves to hike, bike, travel, and generally explore the world with his wife, Leslie, and his four young children, Jayden, Sonya, Mahaila, and Luke. 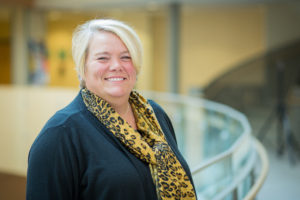 Dr. Bumgarner is an Assistant Professor in the Department of Education. She earned a PhD in English Education and Digital Literacy from the University of Missouri-Columbia, an MEd in Curriculum and Instruction from the University of Missouri, and a Bachelor of Science Degree in English and Pre-Med from Missouri State University in Springfield, MO. Bumgarner teaches reading and writing education courses and teacher preparation courses that focus on the exceptional individual, as well as literature for children and youth. In 2014, Bumgarner began teaching a digital literacy course, helping current students to embrace the 1:1 movement in order to better prepare for their teaching careers. Bumgarner recently completed Apple Learning Academy training in Cupertino, CA, to become an Apple Learning Specialist. In addition, she was awarded a grant to conduct research for the 1:1 initiative, received the Buschman Deans Junior Faculty of the Year Award, received a Winney Award, and won a second Buschman research award in 2017. She also was named Alpha Chi Professor of the Year last year. Bumgarner recently was named Chair of the Education Department.

In her free time, Bumgarner enjoys writing and has published three novels — the first a sci-fi thriller that landed her on an FBI watch list — as well as academic articles, teacher-education articles, and numerous short stories. 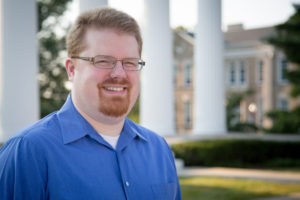 Dr. Nate Leonard
Dr. Leonard has been an Assistant Professor of English at Westminster since 2013. He specializes in English dramatic literature from the 16th and 17th centuries, including Shakespeare, but also teaches courses on dramatic literature across periods, British literature before 1800, early world literature, and playwriting. Leonard earned his PhD in English Literature from the University of Massachusetts, Amherst; an MA in Renaissance Literature from the University of York, UK; and a BA in both English and Drama from Kenyon College in Gambier, OH. Leonard’s scholarly work explores the unique issues associated with reading and analyzing texts intended for performance; in particular, he is currently working on a book project that delves into the issues associated with metatheatrical strategies and their importance to the plays of Shakespeare and his contemporaries. In addition to his teaching in the English Department, Leonard also oversees Westminster’s theatre offerings. Throughout the past 20 years, Leonard has directed, written, performed, and done technical work for more than 60 academic and professional theatrical productions; these experiences inform his current work with the Westminster Performing Arts Club (whose Spring production, In the Burning Darkness, by Antonio Buero-Vallejo, opens in April). He also has been heavily involved in the development of Westminster’s 1:1 initiative and has recently earned certification as an Apple Teacher and as an Apple Learning Academy Specialist.

When he isn’t teaching or researching, Leonard enjoys film, fishing, gaming, and spending time with his incredible wife, Sara, and his wonderful son, Charlie. 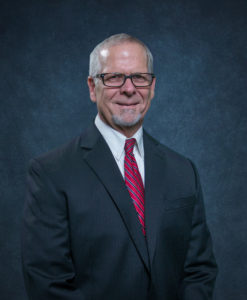 Dr. Roebuck has served as Dean of Faculty and Vice President of Academic affairs since May 2018. In addition, he is a Professor in the Department of Political Science. Roebuck has worked for more than 40 years in higher education, with 37 of those years as a full-time faculty member. Before his appointment at Westminster, Roebuck previously served as Dean of the School of Humanities, Arts, and Social Sciences at Columbia College in Columbia, MO. He earned a PhD in Political Science from the University of Mississippi, Oxford, in 1990. Roebuck received an MA in Political Science and History from Mississippi State University, Starkville, in 1978, where he also received his BA in Political Science in 1977. In addition to his responsibilities as Dean and Vice President of Academic Affairs, Roebuck currently teaches POL 211: American Government and Politics.

Originally from Tupelo, MS, Roebuck says his current goal at Westminster is to help ensure that the College provides an exceptional academic experience for all students. Roebuck has been married 33 years to his wife, Lynette. The couple has three adult children and two Boxers. In his free time, Roebuck plays drums in a blues band and is a fan of science fiction.

Dr. Peng Yu (Photo Unavailable)
Dr. Yu is an Assistant Professor of Mathematics and Coordinator of the Dual Degree Engineering Program at Westminster College. His current research is centered primarily on differential geometry and symplectic geometry, with applications in mathematical physics. Yu has published and presented at national and international conferences.

Yu has taught a variety of mathematics courses at Westminster, ranging from Elementary Statistics to Advanced Calculus. He also has supervised undergraduate research projects in interdisciplinary areas. Yu has served on the Faculty Personnel, Hancock Symposium, and Admissions Committees. He has been a faculty advisor of the Alpha Lambda Delta Honors Society. Yu is a Buschman Award recipient. In addition, he was awarded the Outstanding Junior Faculty Award at Westminster.