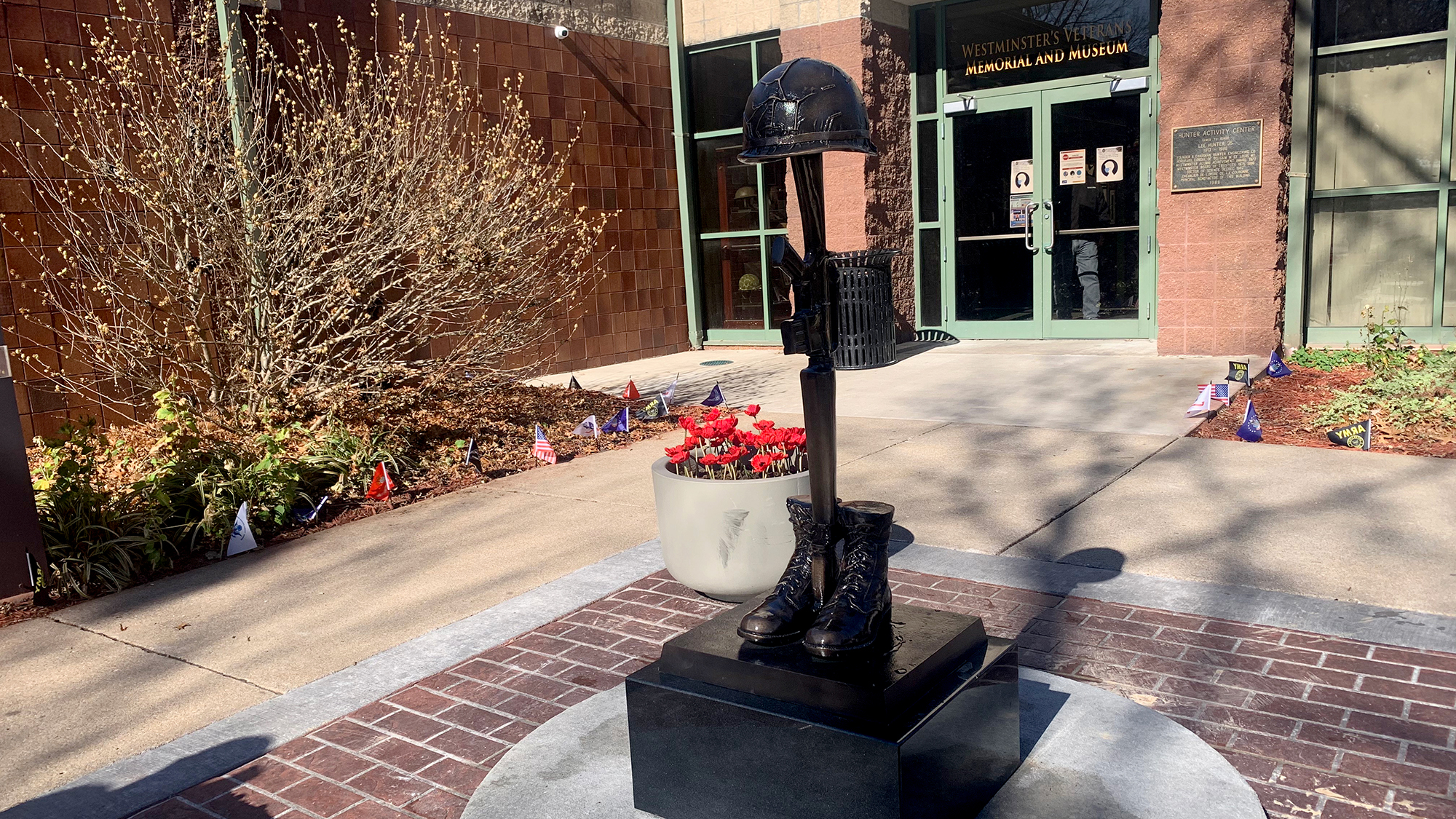 Fulton, MO ‒ Nov. 11, 2020: This afternoon, Westminster College honored the sacrifice of its veterans and the College’s rich military history by conducting a soft opening of its new Veterans Memorial and Museum. The socially distanced outdoor ceremony took place at noon on Wednesday, Nov. 11, 2020, south of the museum’s location in Hunter Activity Center.

More than 50 students, faculty, staff, and veterans gathered outside of the museum around the newly named Veterans Plaza to witness the unveiling of the College’s new Memorial Battle Cross.

Interim President and Chief Transformation Officer Donald P. Lofe, Jr., spoke briefly about those in the Westminster community who have devoted their lives to serving this country in the military or intelligence fields. 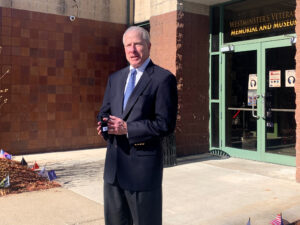 “I had the occasion to walk through the museum and this memorial and see it being built from the ground up,” Lofe said before describing his appreciation for the veterans who could be present today and those who lost their lives in battle. “Thank you for your service to this country.”

Dr. Mark Boulton, Associate Professor of History and Museum Studies, introduced alumna Kelsie Slaughter, Class of 2020 from Fulton, MO, who explained the genesis of the museum and memorial. Both were in careful development for more than two years following a 2018 Vietnam Travel Course. 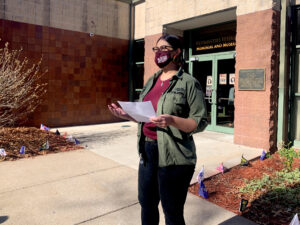 Slaughter traveled with Boulton and a group of 22 students, faculty, alumni, and friends for a 15-day trip to Vietnam in which students researched and honored the Westminster Seven — seven alumni who lost their lives during the Vietnam War. The group placed stuffed Blue Jays, Westminster’s mascot, at each of the locations where the men lost their lives in battle. 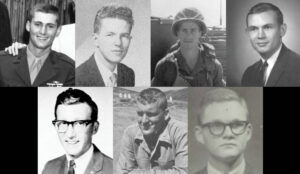 The students flew back from Vietnam with a desire to do more for Westminster’s veterans.

Slaughter said, “What you see today was what was next. We’re so happy to present to you Westminster’s Veterans Memorial and Museum.”

Work officially began on the area during Spring Semester 2020 through the generosity of several alumni donors and friends. Progress came to a halt when Missouri Gov. Mike Parson issued statewide state-at-home orders.

College officials subsequently delayed plans for an official ceremony as a result of concerns associated with COVID-19.

Today’s ceremony was a simple commemoration. Boulton explained that the College looks forward to a more complete celebration after the risks associated with COVID-19 pass.

At the end of the brief ceremony, Rev. Kiva Nice-Webb, Westminster’s Chaplain and Director of the Center for Faith and Service, led the crowd in a reverent moment of silence.

Westminster senior Sarah Ayers of Ballwin, MO, who also spoke during the ceremony, said that the museum and memorial are special because her father and one of her sisters, both Westminster alumni, entered the intelligence field after graduation from the College. 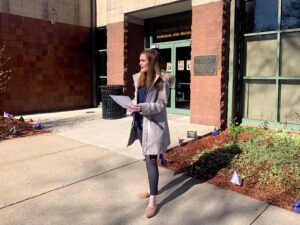 Ayers said, “We hope this memorial does justice in honoring Westminster’s veterans.”

To find out more about Westminster, please visit our website.