When the Wall Came Down: Speechwriter Discusses Reagan’s “Tear Down This Wall” 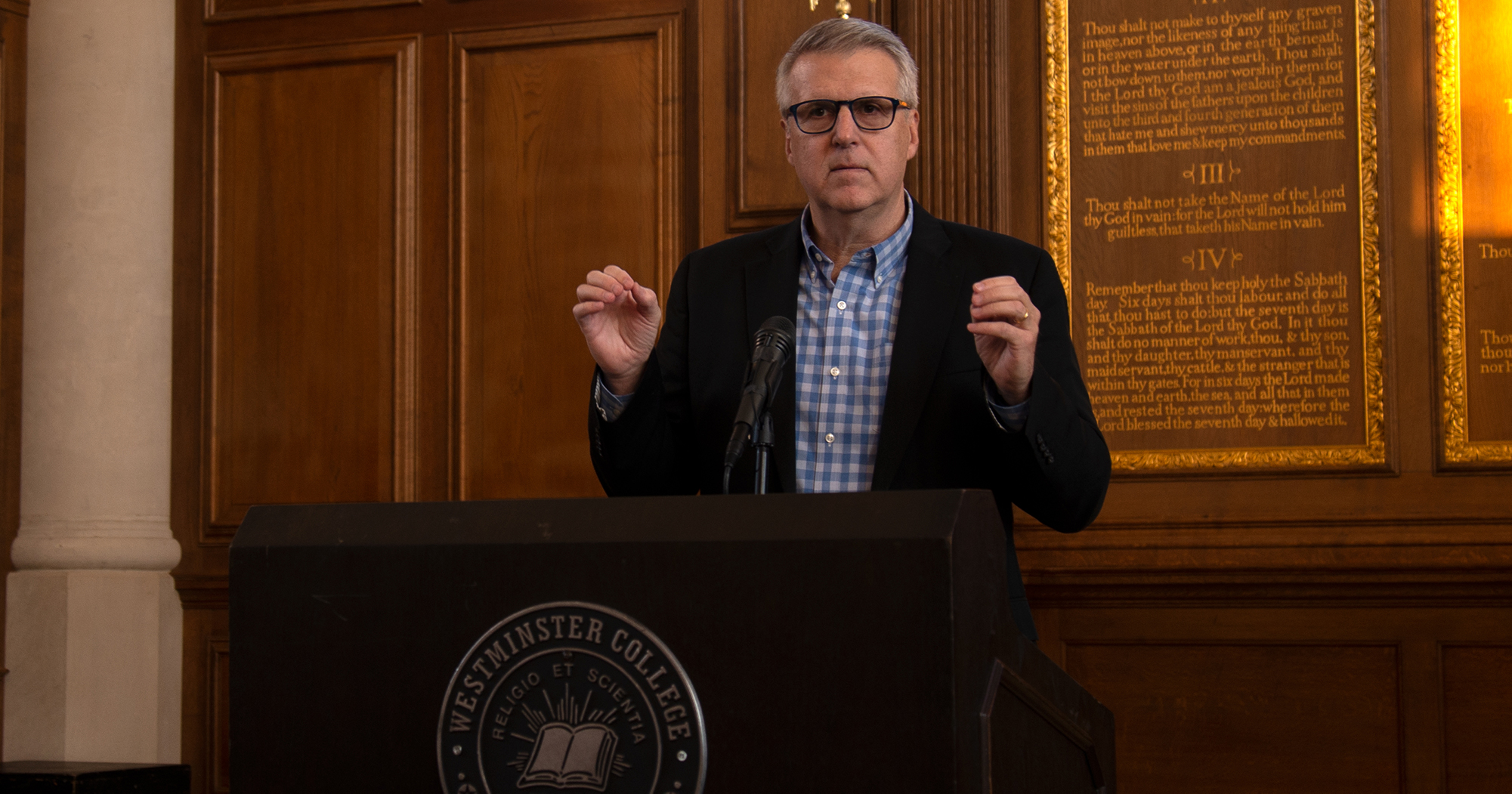 Speaking before a crowd of about 90 people on Nov. 7 in the Church of St. Mary the Virgin, Aldermanbury, former presidential speechwriter Peter M. Robinson quietly commanded the audience’s attention.

After good-naturedly joking he was the “Well Man,” who inserted “Well …” into former President Ronald Reagan’s speeches, Robinson began a serious address that detailed the behind-the-scenes struggles he encountered in writing Reagan’s famous “Tear Down This Wall” speech in 1987.

Robinson explained that he could not find the right combination of words for a speech that was one of many the presidential speechwriters were working on at the time. His was given four pieces of information: where the president would stand during the speech, to expect 10,000 to 40,000 onlookers, that the president would speak for 30 minutes and that Reagan should “talk about foreign policy.”

“I would like to say the words just flowed, but writing is hard work,” Robinson said.

Adding to his writers’ block was advice from an American ambassador who met Robinson and the White House team in West Berlin prior to Reagan’s appearance at the Brandenburg Gate in West Berlin, Germany, on June 12, 1987, for his now-famous speech.

“He was full of ideas about what Ronald Reagan should not say,” Robinson reflected. “He said, ‘Don’t make a big deal about the Wall. They’ve gotten used to it.’” 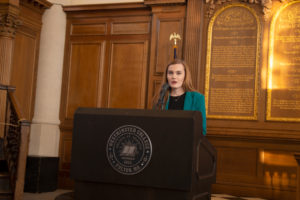 Robinson’s talk — part of a series of ceremonies on Nov. 7 and Nov. 8 commemorating the 30th anniversary of the fall of the Berlin Wall — proceeded to summarize how the hammer-blow “tear down this wall” words became part of Reagan’s speech.

Climbing the steps of an observation platform along the Berlin Wall to catch a glimpse of “colorless” East Berlin was the beginning of his inspiration.

Robinson proceeded to summarize the drama that took place among the White House speechwriting team, U.S. National Security advisors and the U.S. State Department. Nearly everyone in a position of authority wanted the “tear down this wall” words removed.

After seven alternative speeches without the controversial words were drafted, Robinson said Reagan, with a twinkle in his eye, told White House Chief of Staff Ken Duberstein that the words would stay.

“I am the president, aren’t I?” Reagan asked.

The rest is history.

To view Robinson’s speech in its entirety, go to Westminster’s YouTube page here.

A White House speechwriter for six years, today Robinson is a Murdoch Distinguished Policy Fellow with the Hoover Institution. He is the author of a number of books, including How Ronald Reagan Changed My Life, and is frequently published in a variety of publications, including the New York Times, Forbes ASAP and The Wall Street Journal.

Prior to last night’s lecture, Robinson participated in a solemn wreath-laying ceremony in front of Westminster’s Breakthrough sculpture. Read more about that here.

Founded in 1851, Westminster College is a private liberal arts college in Fulton, MO. America’s National Churchill Museum, which is celebrating its 50th anniversary this year, is located on Westminster’s campus where Winston Churchill, the 20th century’s greatest statesperson, delivered his “Iron Curtain” speech in 1946. To learn more about Westminster College or the Museum, visit the College’s site here, or go to the ANCM site here.