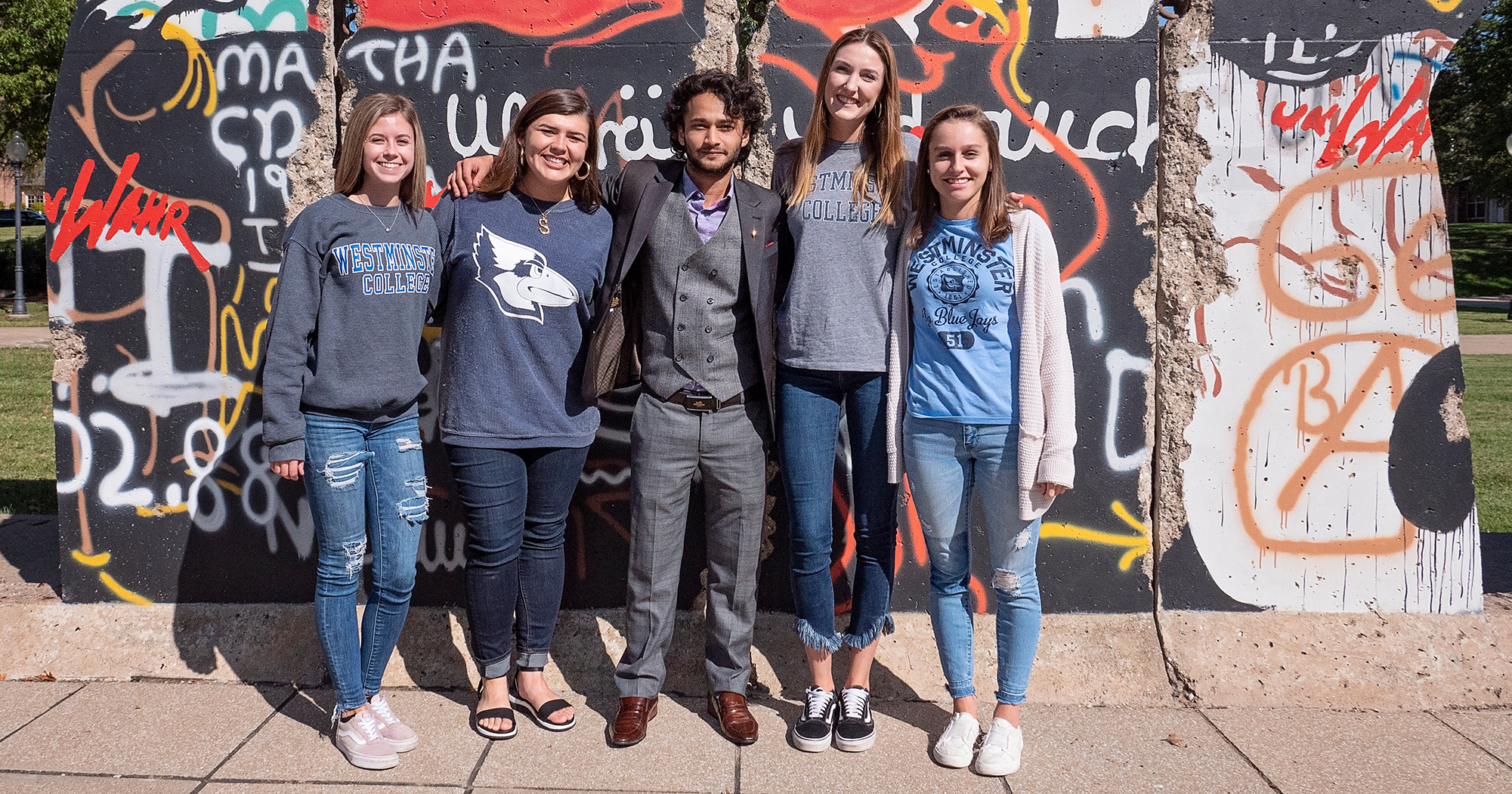 Westminster senior Sarah Manley, ’20 ΚΑΘ, is at Beks Restaurant in Fulton, MO, when she suddenly shouts, “Ok, guys, smile!” Manley snaps a photo on her phone and immediately posts the image of four smiling sorority sisters on the College’s Instagram and Facebook pages. 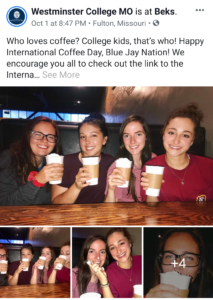 The business management and marketing major from Kirkwood, MO, is more than a social media influencer. She is one of five Westminster students who now make up a student-run marketing agency at the College called the West Wings. And she is on the cutting edge of college and university marketing strategy.

The West Wings represent the best of marketing to Generation Z, which can be found communicating 24/7 on social media while simultaneously flipping through apps, checking on assignments and texting friends. They eschew the dull, the dry and the status quo, and they can spot a marketing ploy directed at their parents and grandparents in an instant. As such, they’re savvy, smart and — most of all — energetic.

Lana Poole, Vice President of Strategic Communications at Westminster, says the idea for the West Wings student marketing agency was a slow-simmering idea on her mind for two years that recently began to heat up. She explains, “I finally decided to roll up my sleeves and put the concept into action.”

Fast forward through a summer of strategic planning and one month of implementation, and West Wingers can be found everywhere on campus, including the most recent Hancock Symposium and John Findley Green Foundation Lecture with Dr. Madeleine K. Albright. Throughout the two-day event, West Wingers used their new Westminster-issued Digital Blue iPads to video record each presentation and post relevant, student-centered statuses on Instagram.

The five members of the West Wings Student Marketing Agency worked together to come up with their team’s name. Maria Hicks, ’20, designed their logo, above.

Currently most West Wingers are unpaid interns who are excited to show up and learn from marketing professionals about writing, design, video, social media and other web-based technology and how the various disciplines interact. The agency is open to all students who want to be “boots on the ground” marketers who can move as swiftly as college students and as quickly as technology changes.

“They bring such energy, enthusiasm and insight to our marketing efforts,” Poole says. “The group has only been in operation for a few weeks, and so far they are exceeding my expectations.”