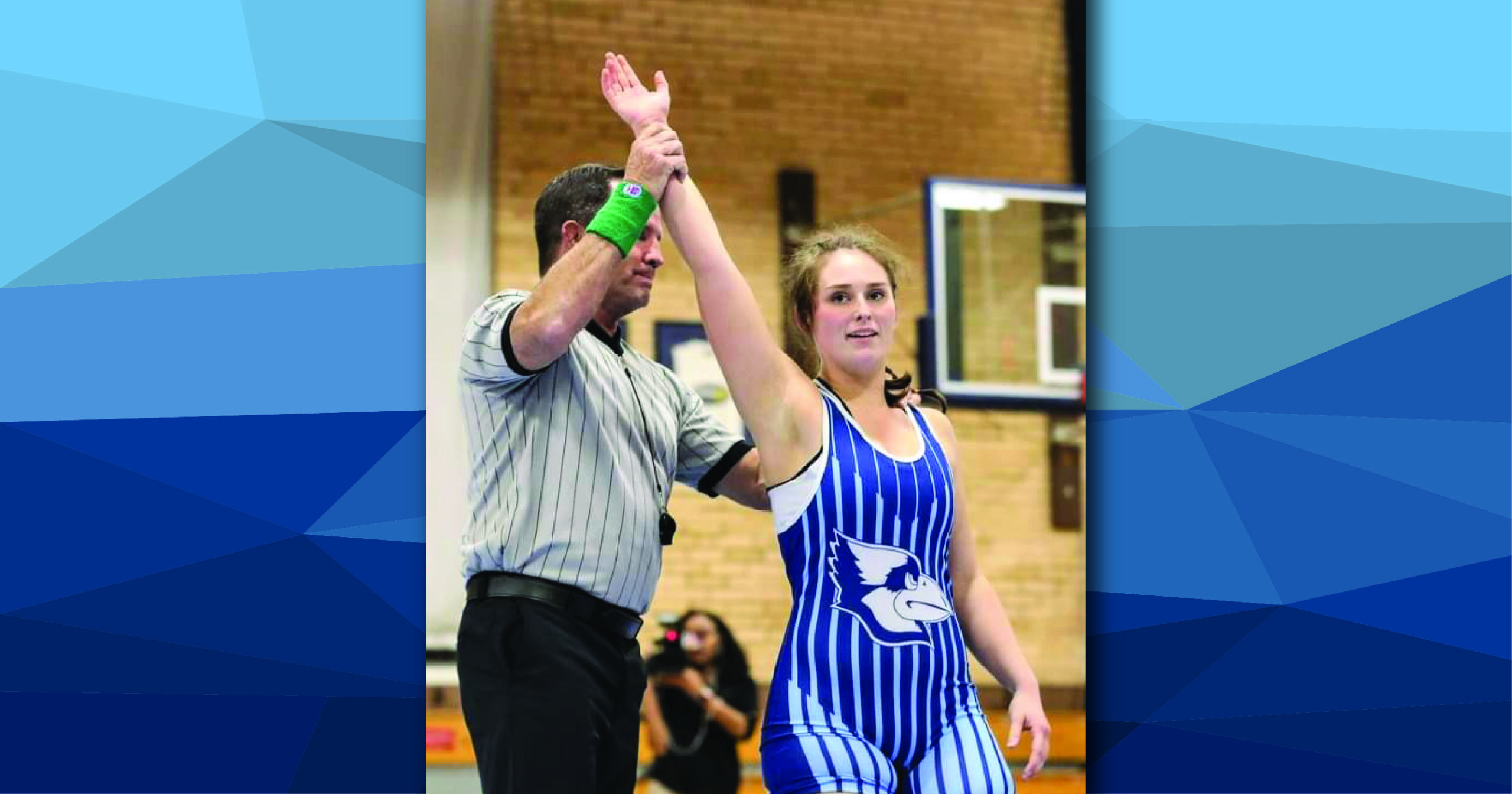 Westminster College women’s wrestling’s Taylor Reed (Columbia, MO/Battle High School) made history this past Sunday when she qualified for the National Collegiate Women’s Wrestling Championships to be held in Tiffin, Ohio, on Saturday, March 6.  She is the first member of the Westminster wrestling program to qualify.

Reed wrestled this past Sunday in the NCWWC Regional qualifier that was held at McKendree University in Lebanon, IL. She was entered in the 143-pound weight class for the event. She started her day in the quarterfinals against Madeline Frick from Colorado Mesa University. She was ahead in points 4-2 when late in the first round she was able to claim victory after pinning Frick 2:23 into the first period.

The win assured Reed of advancing to the National Tournament as the top four finishers advance. In her next match in the semi-finals, she ran up against the No.1 ranked competitor in the nation at her weight class, Emma Bruntil of McKendree University.  Reed would battle against the highly ranked Bruntil before losing by decision.

The day had already been made by Reed’s historic achievement. Reed qualifying for nationals, and the moment was reflected on by Head Coach Tony Eierman: “We are so proud of Taylor for advancing to the national tournament this year! She is our first wrestling national qualifier in the schools history!”

Eierman remarked, “Her season was cut short due to COVID-19 limiting who Westminster could wrestle against. She was able to wrestle in an exhibition match a couple weeks ago but that was it before the NCWWC National Qualifier Tournament. Taylor has maintained her weight all season without the aid of competing and that shows real commitment to the sport.”

Eierman added that “We are looking forward to watching her wrestle in Ohio at Nationals.”