Out of This World: Rocket Project Helps Students Launch Their Future Careers 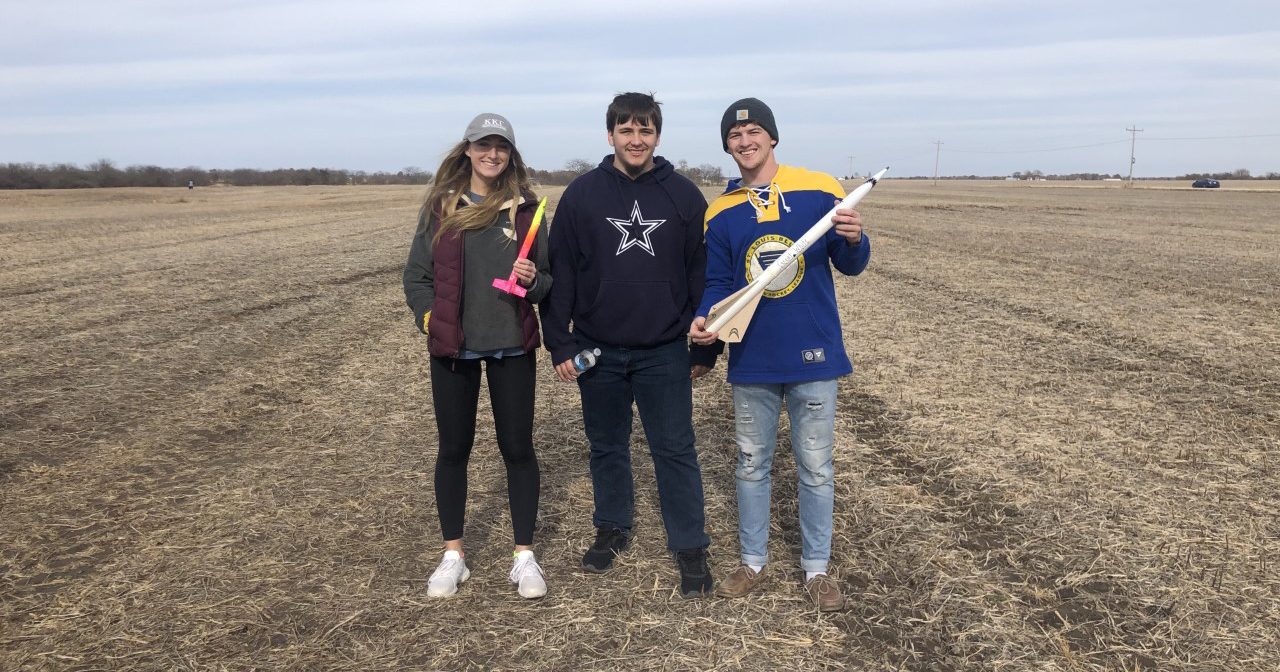 From left: Biochemistry major Ashlynn LaFlamme, ’22 ΚΚΓ, physics major Matthew Allen, ‘ 22, and physics major Tyler Bise, ’23, took part in the rocket launch in November at a local farm in Callaway County. The excursion is becoming an end-of-semester tradition at the College.

For the second year in a row, students in Dr. Laura Stumpe’s physics classes had a blast launching rockets before the end of the last semester at a local farm in Callaway County.

The 16 students from Physics I and Physics III braved chilly temperatures and wind on Nov. 16, 2019, to measure how far rockets built in class would fly into the atmosphere (view a video of one rocket launch on Westminster’s YouTube page here).

The calculus-based Physics I class learned about the principle of conservation of momentum, while the Physics III students are beginning a study on cosmic rays in the upper atmosphere. 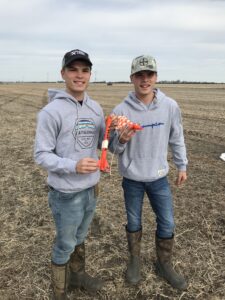 Twins Joseph, ’22, and David Wilder, ’22, experienced double the fun at the rocket event.

“This was the start of a project in which we build a cosmic muon detector using the design of an MIT graduate student,” Stumpe says of the rocket the Physics III students launched. “We are planning to take the detector in a hot air balloon and compare the results to the photographic paper taken up in the rocket.”

Mathematics Professors Drs. Peng Yu and Wayne Johnson from assisted with the rocket launch, which Stumpe says is graduate-level work when combined with the Python-language program students use to predict rocket altitude.

Stumpe adds that the project supports the more advanced studies her students typically pursue following graduation: Most Westminster physics students plan to attend engineering school through one of the College’s partnerships with Southern Illinois University-Carbondale, Washington University in St. Louis or Missouri S&T in Rolla. They typically graduate with degrees in both physics and engineering after a total of five years.

Funds for both rocket projects are generously provided by the Denehy Fund for Faculty-Student Engagement.