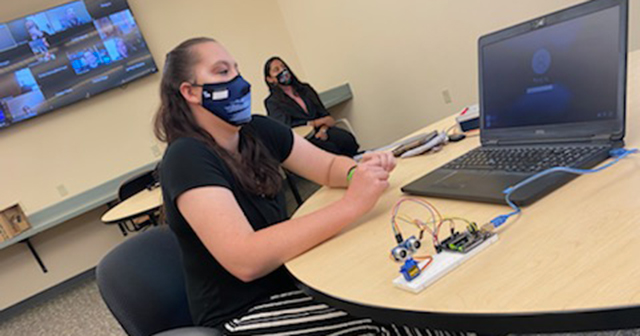 As a virtual event, this year’s Undergraduate Scholars Forum (USF) offered a unique experience, including students, faculty, staff, friends, and family members, all of whom met on Zoom to support students’ research projects. Despite the complications of meeting and presenting virtually, the day proved to be an excellent demonstration of the richness of our students’ work and a testimony to Westminster College’s deep commitment to academic excellence.

The opening session included keynote speaker Dr. Rizia Bardhan, ’05, who is currently an Associate Professor in the Department of Chemical and Biological Engineering at Iowa State University. Dr. Bardhan gave an inspiring talk about her years at Westminster as well as her journey into significant medical research. The session also featured student presenter, Stephen Rogers, who posed as Winston Churchill to discuss conspiracy theories surrounding the sinking of the Lusitania. Stephen’s impersonation of Churchill will long be remembered.

The opening session concluded with the acknowledgement of several academic awards, as well as awards for the best paper, poster, and recorded presentation at the Scholars Forum. It was followed by three break-out sessions, including a special session for first-year students, 10 paper sessions, five poster sessions, and a demonstration by the pre-engineering students. The day concluded with an ice cream social on the patio of Sloss Hall. 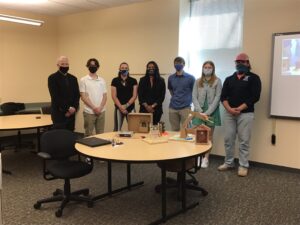 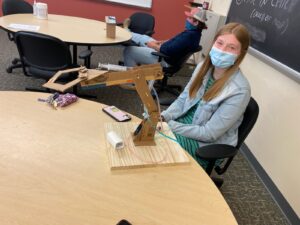 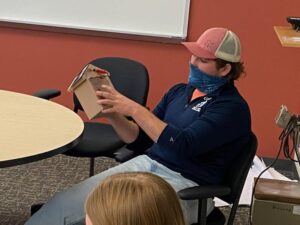 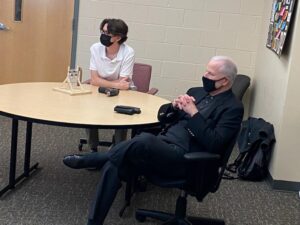 Special thanks for the success of the USF went to the presenters and their dedicated faculty sponsors; the Teaching and Learning Committee for organizing the event; and the Education Association and Alpha Chi for serving as student monitors. For their ongoing support of the USF, the Stubbs family was recognized, as well. And in order to acknowledge her years of dedication to the USF, as well as her retirement this year, Angela Grogan, Director of Library Services, was given special thanks.

All sessions were recorded and have been uploaded to Canvas (for students, faculty, and staff) and to the Westminster’s Youtube page. Although we all prefer to be in-person for such important events, the virtual USF has taught us the value of technology for both bringing guests to campus and preserving our students great work for all to enjoy.

In addition to the presentations, Honors Program students were announced, and a variety of awards were given.

New Members of the Honors Program

Students Who Will Join Next Year as Sophomores

Jakob Gibson, “The War on Terror and the Problem of Indefinite Detention”