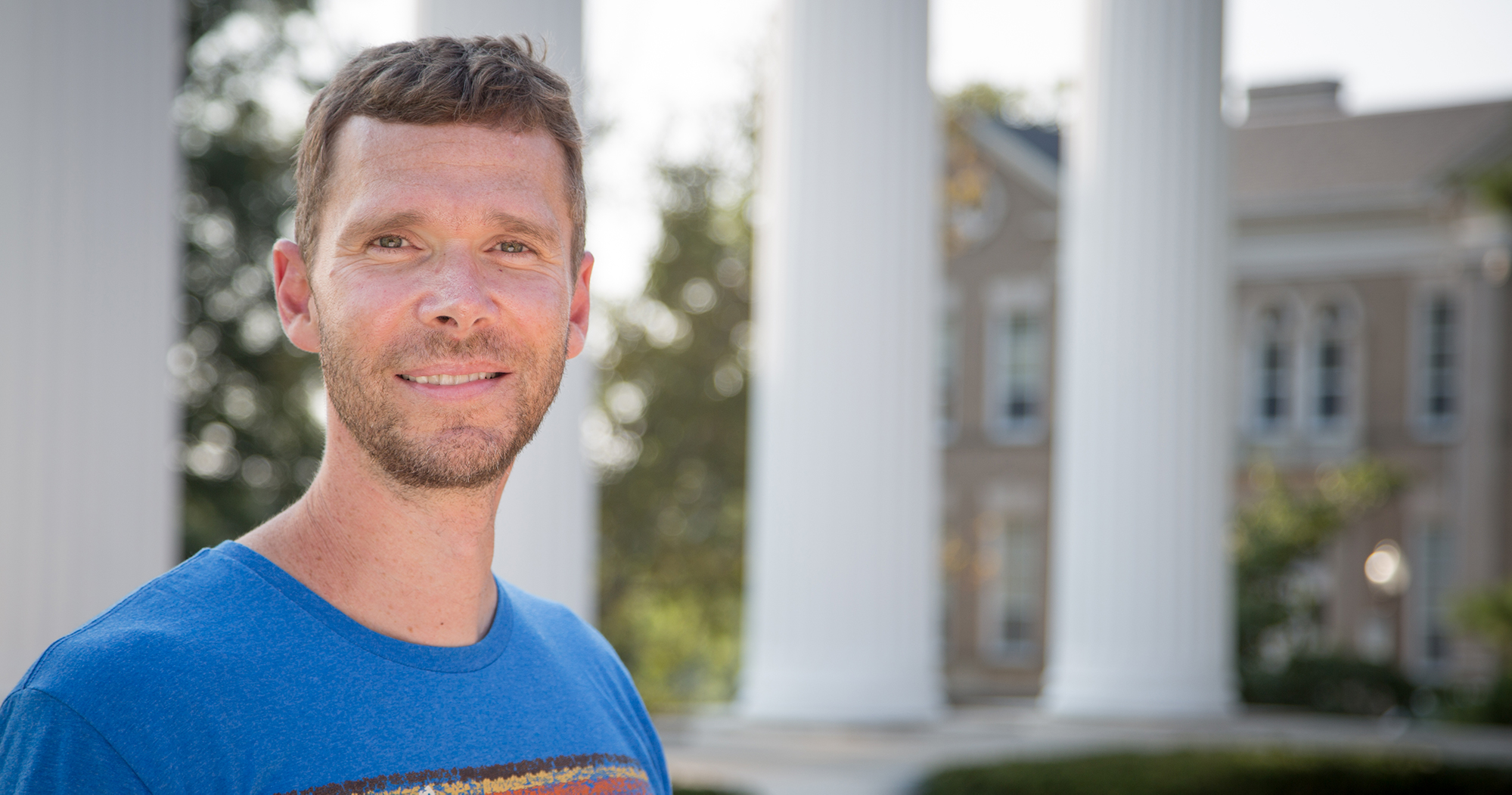 A conversation with David Schmidt, Ph.D., brings to mind a line from Indiana Jones and the Last Crusade when the iconic character says, “That belongs in a museum!” The associate professor of Biology and Environmental Sciences is on a mission to restore and permanently house a triceratops dinosaur skeleton his student research team found this summer on an annual excavation in South Dakota.

When he isn’t scouring the Badlands for rare paleontological finds, Schmidt teaches Geology and oversees the newly revamped Environmental Science program at the College. Read more about that program on our website.

Schmidt says he is fascinated by the study of rocks and minerals primarily because he enjoys the outdoors and feels that encountering geology up close, with hands-on experience, is of utmost importance.

“In the field, there is a sense of adventure and exploration that is associated with geology that is unlike any other discipline I have been exposed to,” he explains.

Next on his list of favorites — right after rocks and dinosaur bones — are his students, who he says are exactly what makes teaching at Westminster so special. Schmidt says, “The ability to get to work with students on a more personal level and interact with them in the capacity that I am able to at Westminster is exhilarating.”

Currently on sabbatical, Schmidt is processing finds from his summer excavation at the Grand River National Grassland and busily writing papers for peer review. He also is spending time with his wife, Vanessa, son, Hayden, 9, and daughter, Rosie, 2.

When he isn’t with his family or up to his elbows in the soil, Schmidt enjoys hiking, kayaking, painting, writing poetry, and playing the guitar (and admits to playing in a rock band in graduate school). Ultimately, however, Schmidt enjoys teaching and delving even further into the study of geology.

“The raw power and rugged nature of geology is so inspiring to me,” Schmidt reflects thoughtfully. “I enjoy how it drives me to understand, respect, and appreciate it the more I learn about it.”