All in the (Westminster) Family: How Shared Hardship Led to a Unique Collaboration 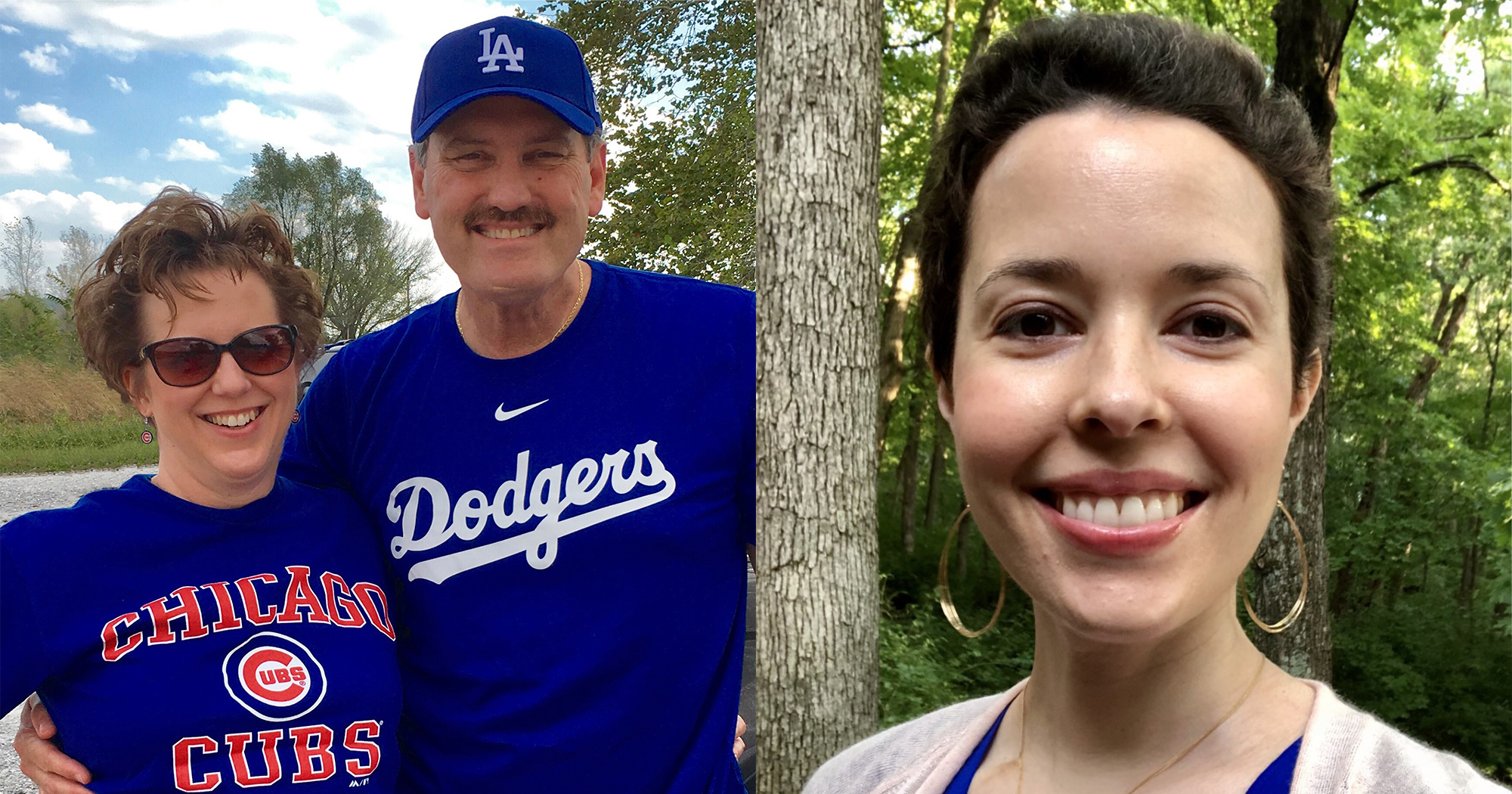 Professor Keith Hardeman (photo left, with his wife, Shelley), jokes that he wanted to write a book on his field of communication and ended up doing just that when he chronicled his spouse’s battle with breast cancer. Diagnosed with breast cancer in 2019, alumna Heather Gehlert, (photo right), recently reviewed the book in the Columbia Daily Tribune.

A recent book by Professor Keith Hardeman and a personal review of the work in the Columbia Daily Tribune by alumna Heather Gehlert, ’04 ΚΑΘ, together tell a powerful story.

Hardeman published The Shadow of Trepidation: Reflections on Caregiving During My Wife’s Battle with Breast Cancer in October 2020. As the title indicates, the book focuses on Shelley Hardeman’s battle with Stage III breast cancer.

Gehlert reviewed the book on Feb. 9, 2021, both as a writer and as a breast cancer fighter herself. She says that although Hardeman was not her advisor, his communication courses were instrumental in shaping her career path. As a result, the two remained in touch following her graduation.

After her diagnosis with breast cancer in 2019, Gehlert also became acquainted with Shelley.

Gehlert says Shelley and Hardeman have offered ongoing support during her particular battle with the disease. In turn, Gehlert wrote the recent Tribune article for much the same reason.

“He and I would essentially swap writing while I was undergoing chemo,” Gehlert explains. “He’d read my blog entries on CaringBridge (a social platform for people experiencing health crises), and I would read his book chapters.”

Hardeman emphasizes that Shelley was aware he chose to work through the pain of watching her suffer by sitting down at his computer to express his thoughts in writing. But she did not know Hardeman was writing a book that chronicled both her battles and his experience as a caregiver. He told Shelley when the book was ready for submission.

“I had her read it first and granted her full veto power if she didn’t want me to have it published. But it turned out that she absolutely loved it, and she encouraged me to follow through,” Hardeman says.

He points out that Shelley appreciated that the ultimate purpose of the book was to help those with cancer as well as their caregivers.

“Nothing can fully prepare you for a cancer ordeal. But predictability at the outset certainly can help,” he says.

Gehlert, who self-designed her major in English and Communications at Westminster, earned a master’s degree in Journalism from the University of California-Berkley. A Columbia, MO, resident, she is a senior communication manager for Berkley Media Studies Group. Prior to her cancer treatments, she also served as an adjunct journalism instructor at Westminster.

Hardeman, who also lives in Columbia, MO, has taught communication courses at Westminster for nearly 31 years. His book can be purchased on campus at the Westminster Bookstore or online from Amazon.com.

Gehlert’s review of The Shadow of Trepidation: Reflections on Caregiving During My Wife’s Battle with Breast Cancer can be found on the Columbia Daily Tribune website.