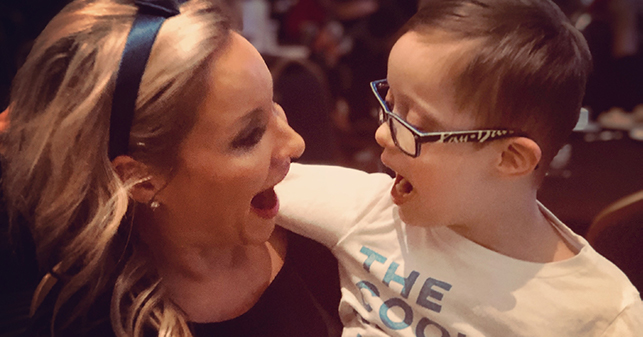 Sara Hart Weir ’04 ΚΚΓ of Mission, KS, made national headlines on May 13 when she was interviewed by the Associated Press about her potential run for U.S. Congress.

Weir was quoted as a part of the story, “I don’t see why they wouldn’t want somebody with my background, my results, and my leadership to raise their hand and step forward.”

Weir is seriously considering a run for the KS-3 Congressional seat. A Political Leadership and Psychology major from Olathe, KS, Weir tells Westminster, “My life’s work was shaped by my best friend with Down syndrome, Kasey, after working as a peer mentor my freshman [at Westminster].”

She explains that particular friendship as well as opportunities to work across federal, state, and local government inspired her to become a disability advocate and most recently the CEO of the world’s largest Down syndrome organization, the National Down Syndrome Society (NDSS).

“Anything I do next will be a continuation of my own power in purpose,” she says.

In 2006, Weir earned a Master of Science in Public Policy and Management from Carnegie Mellon University’s Heinz College in Pittsburgh, PA. She was awarded a certificate of completion for the Emerging Leaders Program in Executive Education in 2017 from the Harvard University John F. Kennedy School of Government in Cambridge, MA.