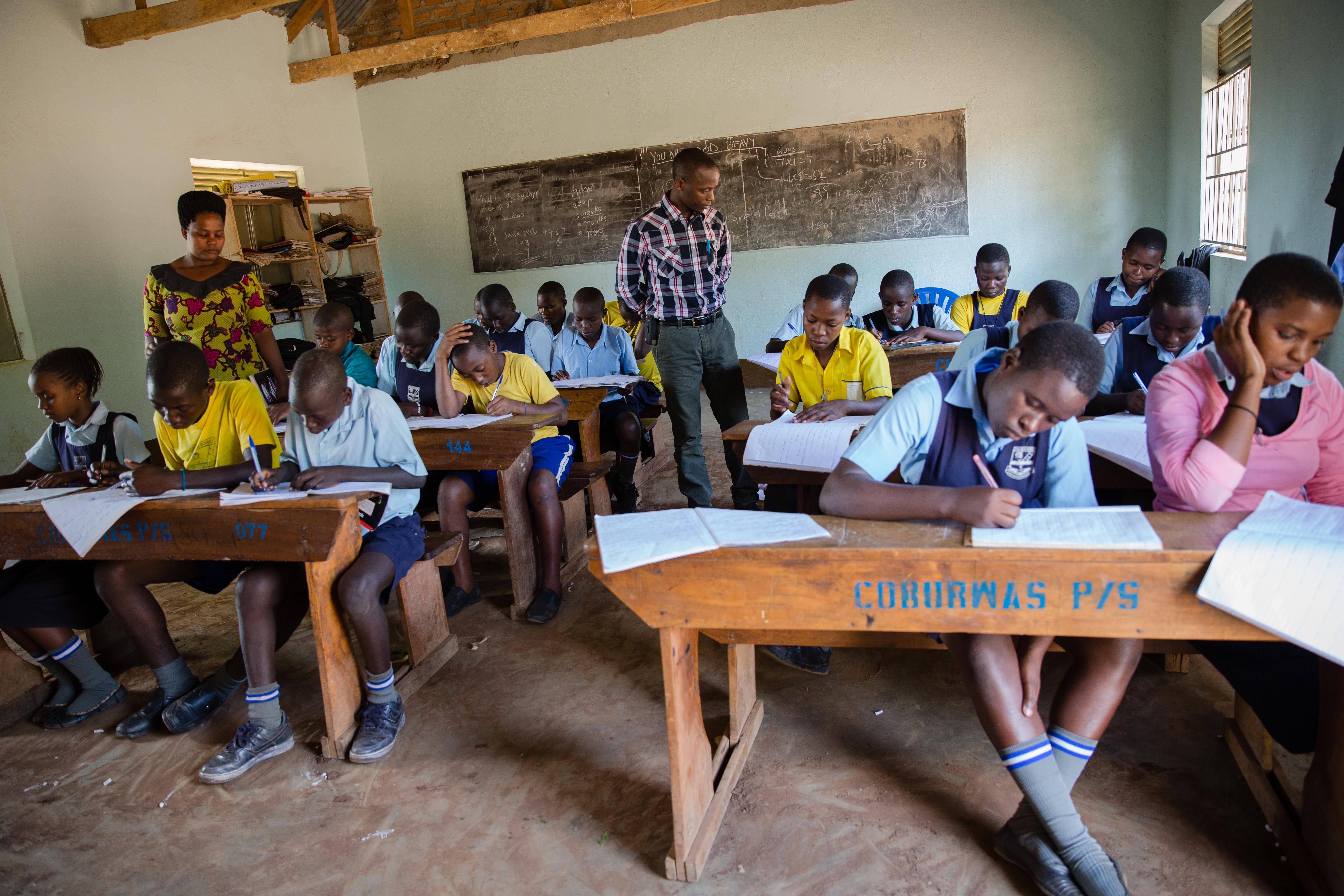 Education for Joseph Munyambanza ’15 is a masterpiece painted in bold contrasts. The Democratic Republic of Congo refugee recently helped establish a grade school in Uganda but recalls going hungry in the East African country during his education as a child.

Untrained teachers sporadically conducted classes outside or in makeshift classrooms for refugees in countries such as Tanzania, Kenya, and Uganda — conditions that continue for many today. This experience fueled Munyambanza’s drive to fix the educational conditions for other refugee children.

“We never got any meals, which made learning hard,” he says. “But I am still grateful that bad schools were better than no schools.”

After primary school, Munyambanza attended boarding school in Uganda and received acceptance into and graduated from the inaugural high school class at the prestigious African Leadership Academy in Johannesburg, South Africa. He arrived in Fulton, MO, in 2012 after spending two years working with friends to strengthen the refugee educational system in Uganda.

Munyambanza recalls his first trip to the College as a shock. Expecting central Missouri to be composed of large cities, Munyambanza observed mostly countryside.

“The drive from the St. Louis airport to Fulton was interesting, because it never crossed my mind before that I would see farms in the USA,” he says. 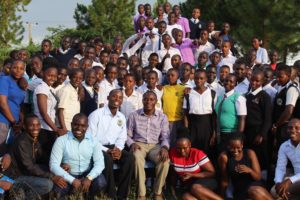 Munyambanza, front row, third form left, poses with more than 100 secondary students in
Hoima, Uganda, who were removed from their refugee settlement to attend boarding schools.

Upon earning a bachelor’s degree in Biochemistry from Westminster in 2015, Munyambanza kept fresh in his mind his favorite saying: “Whoever much is given, much is expected.” He immediately returned to Uganda with the determination to give back to his community and expand a program that he previously helped establish with friends in 2005: the International Youth Organization to Transform Africa, or CIYOTA, a nonprofit, volunteer-run organization established by a group of young refugees.

From CIYOTA, Congo, Burundi, Uganda, Rwanda, and Sudan (COBURWAS) Primary School was born in 2009. Munyambanza’s goal in returning to COBURWAS after graduating from Westminster was to take the organization to the next level, he says.

Initially established as a tutoring program, COBURWAS today is a brick-and-mortar school that serves 500 children directly, with satellite schools located in other various communities. The total number of children impacted by COBURWAS — and subsequently Munyambanza — currently is about 1,500.

“Education changed my life when I was still young,” he says. “When I realized at an early age that I could help and inspire other children to believe, work hard, and do well in school and in life, I felt it was I blessing to do what I do.” 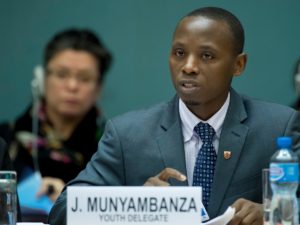 Munyambanza gave a speech on displaced children at United Nations Refugee Agency, UNHCR, in 2016. He asked the UNHCR and other countries to offer support to young refugees.

As one teacher among many children and later as Executive Director, Munyambanza initially worked 15-hour days and on weekends, pausing only briefly on Sunday to attend church services. He also taught during the holidays. “With time, I continued to head the education programs and also to fundraise and to bring in more friends to help us build our community,” he says.

In 2013, Munyambanza was named in the “Top 99 Under 33” list by the Diplomatic Courier. He received the Global Youth Citizen Award from the United Nations the same year. In addition, he was featured on PBS NewsHour in August 2017 for his extensive work with refugee children. Watch that report here.

Today Munyambanza serves on the CIYOTA board of directors and is busy applying to graduate schools in order to earn an MBA in Social Entrepreneurship. He is married to Juliet, a quality system specialist. They have two children, Pacifique, 3, and Louise Neema, 1.

With his Westminster days behind him and deep feelings of gratitude for his education, Munyambanza says he looks forward to continuing to give back and improve schools throughout Africa. “I’m looking forward to building first-class institutions to educate and empower people in my generation and in generations to come.”