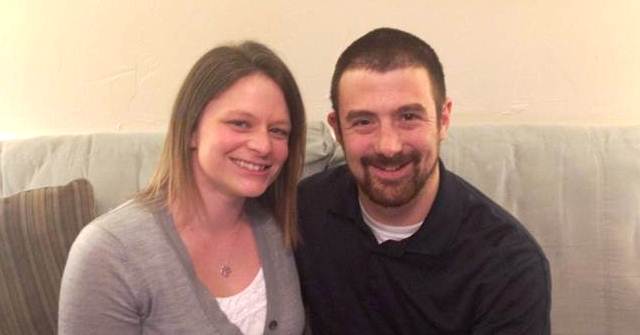 Dr. Dan and Kristen Jackson share a love for Westminster and have even dedicated a room in their home to all things Westminster.

“Westminster holds so many memories for us – we met there, we got married on campus, we worked there, we met incredible friends there, and found our true selves there,” the couple says. “We can’t imagine our lives without Westminster College.”

“While working at Westminster, I saw families who were grateful for any scholarship that could alleviate the cost of paying for college,” says Kristen, who served as an Enrollment Services Representative for a short time after graduation. “We want to help students reach their goals and not have to worry about how they will afford college. We are believers in paying it forward to others.”

After graduating from Westminster in 2004, Dan attended the University of Missouri Medical School and graduated in 2008. He remained at Mizzou during his residency in Obstetrics and Gynecology. During residency, he had the opportunity to teach a class at Westminster. Dan is currently in the middle of a fellowship to specialize in Maternal Fetal Medicine and will finish in June 2015.

Following her 2006 graduation, Kristen worked as a retail manager at Eddie Bauer and then returned to Westminster as an Enrollment Services Representative. While in the position, she realized that she wanted to be a high school guidance counselor. Kristen graduated from Stephens College in May 2012 with an MEd in Secondary School Counseling. Currently, she is a stay-at-home mom with their 2-year-old son, William.

The Jacksons had incredible experiences while at Westminster, from meeting each other, to developing lifelong friendships, to taking part in meaningful academic and leadership experiences. Dan was extremely active in his fraternity, Delta Tau Delta, a member of Tri-Beta and the Skulls of Seven, and worked in the writing lab. Kristen was involved in Residence Hall Association, Student Foundation, Student Ambassadors, and worked in Enrollment Services.

“We developed both inside and outside the classroom in ways that we never could have imagined. Both of us found guidance from professors and staff members to help us choose majors that appealed to our strengths and interests. We say that because with the guidance of professors, we both changed our initial majors.”

“We were in clubs and organizations that allowed us to grow as leaders,” the couple adds. “Our goal was to leave Westminster a better campus than when we first arrived as freshmen.”

The Jacksons didn’t stop when they left campus: they have continued to support their alma mater and find personal fulfillment through that support. In addition to their financial giving, they hosted the 2013 Westminster College Oklahoma alumni barbecue and Blue Jay Road Crew.

“It is important to us to see Westminster thrive and continue to flourish for another 160 years,” Dan and Kristen say. “We want future generations to continue to see and meet dignitaries, be educated by wonderful faculty members, and be able to pursue special interests, such as athletics, choir, and the Blue Blazers Investment Club.”