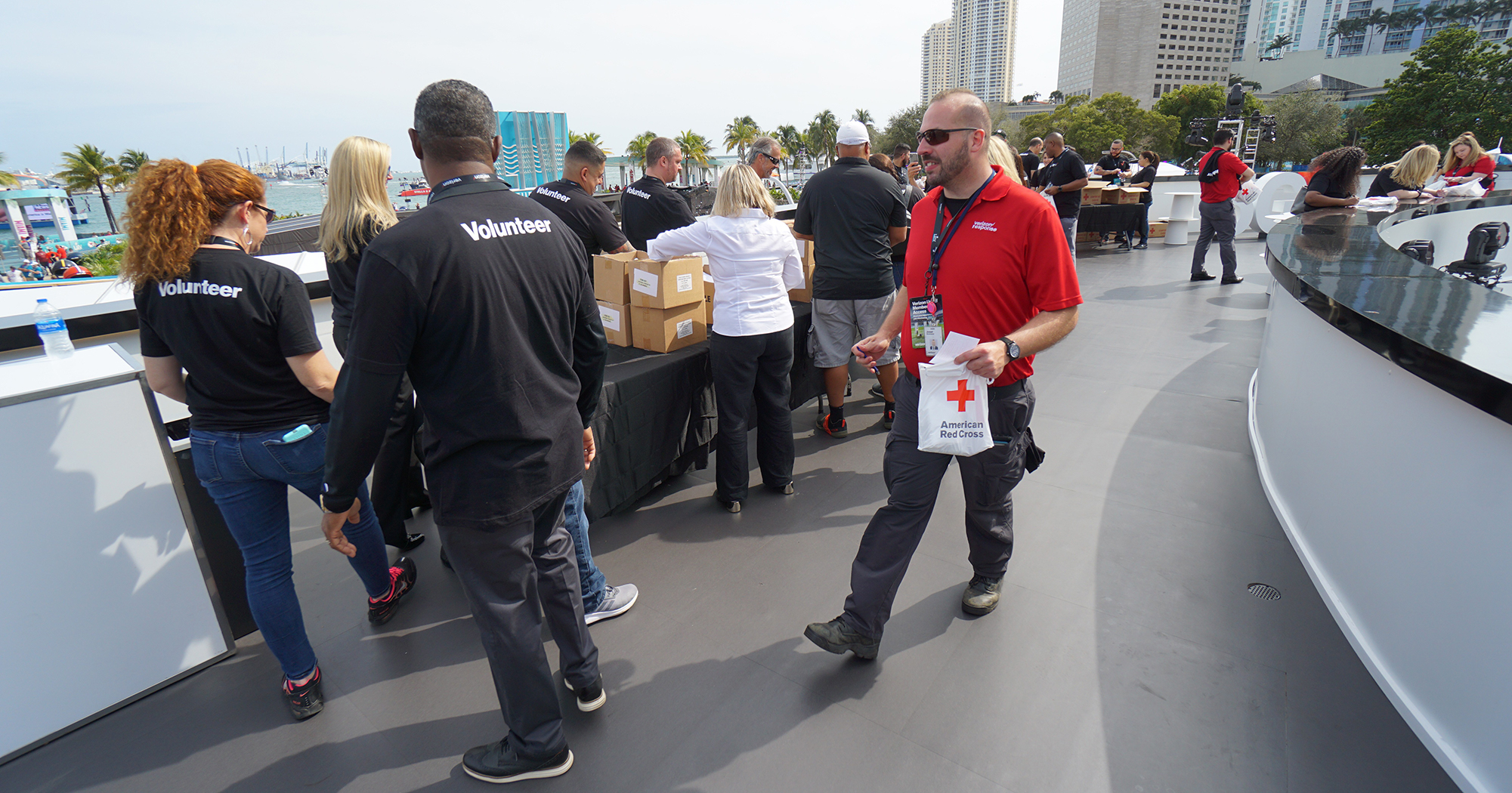 Joseph “Jos” Bowmaster, ’08, eagerly worked with volunteers and NFL athletes before Super Bowl LIV to create more than 500 disaster-relief packages in case of an emergency at Hard Rock Stadium in Miami, FL. The task was just one of many that occupied the former history major-turned-Verizon Response Division III Manager during Super Bowl Weekend.

“Certainly, my first priority was the Network for Public Safety,” Bowmaster says of his responsibilities in representing Florida, Georgia, North Carolina and South Carolina for Verizon on Feb. 2. “But I couldn’t help but enjoy the game as it was broadcast on a few of the televisions mounted throughout the Miami-Dade Emergency Operations Center.”

Bowmaster adds that as a native of Nevada, MO, his stolen glances at the game were of course directed at the Kansas City Chiefs. But his excitement comes from more than the Chiefs’ and his shared Missouri roots. Bowmaster cheered on the Blue Jays Cheerleading Squad at Westminster: Natural enthusiasm is just part of who he is.

A proud supporter of Westminster’s President’s Club through a recent donation to the Blue Jays Spirit Club, Bowmaster says his fondest memories at the College involve cheering at Blue Jays football games.

“We worked hard to transition the cheerleading squad from a club to part of the Athletics Department and to establish the Blue Pirates Pep Club and Pep Band that played at the games,” Bowmaster reminisces.

Despite talk of football victories, thwarting possible emergencies and the seriousness of disaster-relief services, Bowmaster’s conversation easily slips into a softer discussion about Westminster’s historic culture.

“Westminster emboldened me to become a leader in much the same way that Lord Randolph Churchill emboldened Winston to do as much,” he says.

The history buff adds that Westminster gave him the experiences, failures, victories and wisdom to be who he is today. And when he isn’t exercising leadership at work, he enjoys spending time with his fiancée, John, who is in medical school at Indiana University in Evansville. The couple enjoy their rescue dog, Diego, and are looking forward to their six-year anniversary this summer.

An inventor on the side who enjoys tinkering with old and new technologies to create something new, Bowmaster says he also loves to travel. A map that hangs on his wall chronicles his many journeys.

Ultimately, one might say that the well-marked map is tangible evidence of what Bowmaster gleaned from his education at Westminster ― an institution that he emphasizes “speaks in grand whispers to go forth and change the world.”