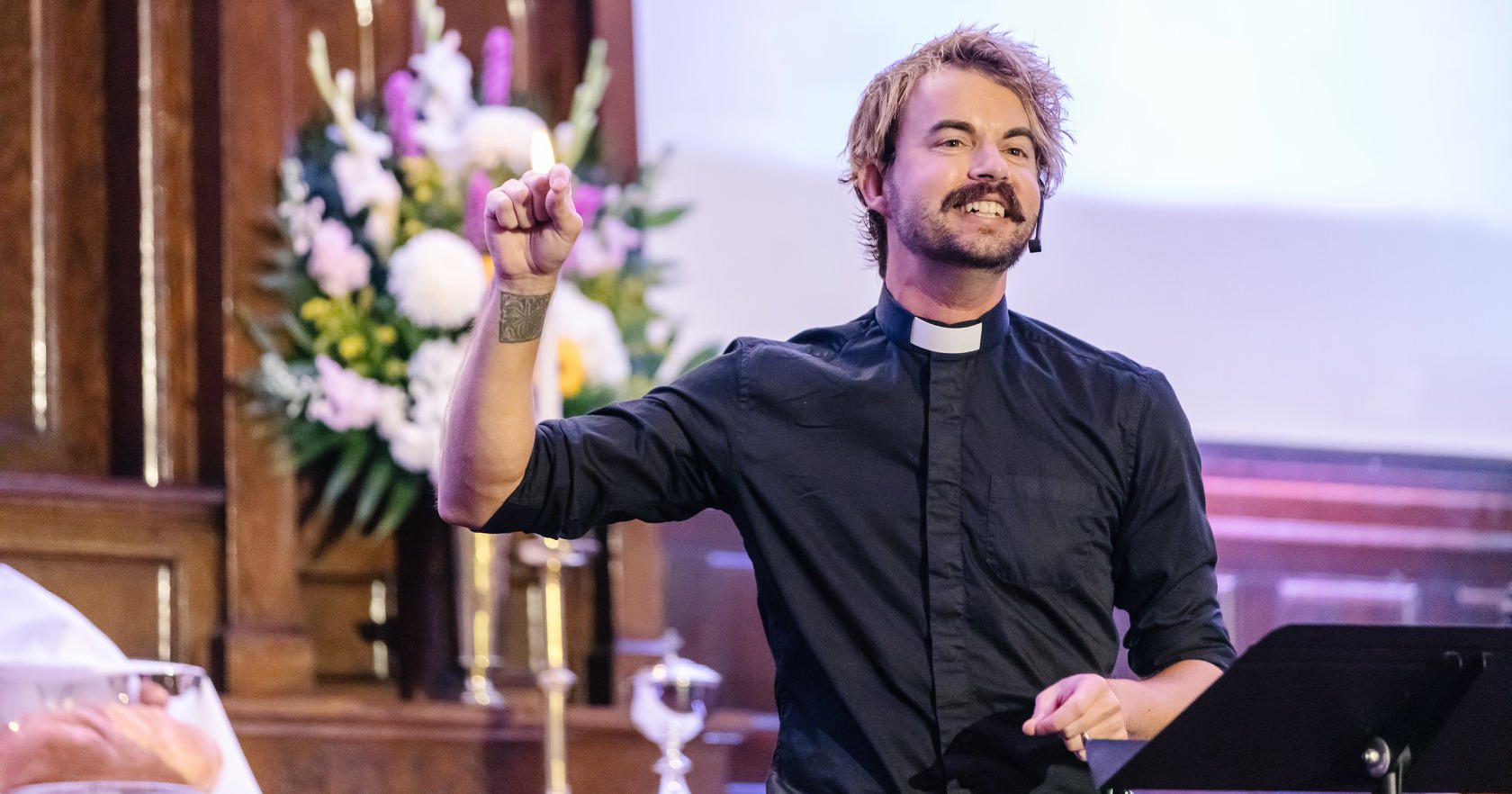 Rev. Colin Kerr, ’06, is a dreamer with a vision for Christianity that he recently put into words. Faith Hope Love: The Essentials of Christianity for the Curious, Confused, and Skeptical was published in March 2020 to help college students with questions of faith.

Kerr explains that as a minister in Charleston, SC, he has mentored college students in one of the largest Presbyterian campus ministries in the United States for nearly a decade. His recent book is a contemporary take on C.S. Lewis’ Mere Christianity that is geared to all denominations as well as non-believers.

“I had it theologically vetted by clergy and lay leaders from over a dozen different Christian traditions and had it edited for clarity by spiritual seekers, agnostics, and atheists until every explanation in the book made sense to the non-Christians reading it,” Kerr explains.

The “Christianity 101” book, as he calls it, is not Kerr’s first: He is the author of five titles, four of which can be found on Amazon.com.

“We began as a result of years of dreaming about what it would be like to have a biblically focused and gospel-centered church for our friends who didn’t fit well in most churches … namely, skeptics, intellectuals, feminists, and LGBTQ people,” he says.

Kerr traces his passion for ministry to feeling seen and encouraged at Westminster.

Originally a transfer student from a large university that Kerr describes as “a diploma mill,” the industrious student from St. Louis majored in Political Science at the College. He says Westminster encouraged him to develop a holistic sense of self and an interest in philosophy for which he credits Dr. Rich Geenan. This support ultimately led him to pursue Christian ministry.

In 2018, Kerr received a Master of Divinity degree from the University of Dubuque Theological Seminary in Iowa.

Today, when he isn’t preaching, counseling others, or heading up college discussions, Kerr can be found with his spouse, Alexis — who he describes as “a total badass” for working on her nurse practitioner degree — or chasing after his 2-year-old daughter, Arland.

Kerr also jokes that he plays a mean game of competitive beach volleyball “to stave off the dad bod.” He enjoys the TV series The Good Place, recently polished off Rachel Held Evans’ spiritual book Inspired, and reminisces about the close-knit upper-class dormitory community and weekend get-togethers with faculty at Westminster.

Appropriate for someone in his profession, Kerr gives all credit for his success to God, who he says is “the animating force behind any success … I believe we’re primarily blessed to be a blessing to others.”

A tattoo in sixth-century Aramaic from the John 6:68 of the New Testament succinctly sums up Kerr’s confident spiritual reliance: “Lord, to whom shall we go?”