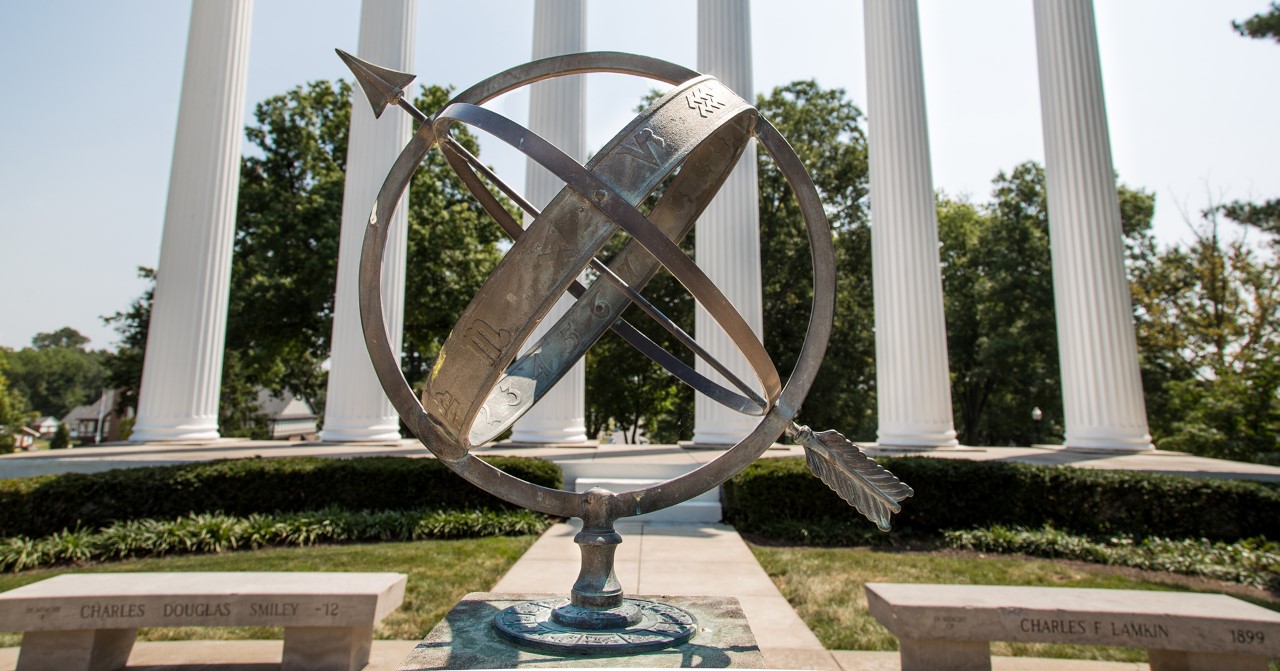 Fulton, MO ‒ Aug. 3, 2020: Today, Westminster College announced necessary and what it considers prudent changes to its upcoming Commencement and New Student Convocation events, which are scheduled for Aug. 8-9.

The separate outdoor-only, physically distanced ceremonies now will only involve students and key participants. Both events will be closed to families and most faculty and staff.

As previously planned, both ceremonies will be closed to the general public and carefully controlled in a number of ways, including mandatory masks to be worn both inside and outside for the duration of the ceremonies, except for those speaking. The events will be livestreamed for everyone else, including families, faculty, and non-event staff.

Lofe stated, “The College truly believes this is the right decision in order to protect, to the best of our abilities, the campus and external communities while continuing to offer in-person ceremonies.”

The worldwide COVID-19 pandemic scattered the Westminster student population last spring, forcing coursework to go virtual and commencement to be postponed from May 9 to Aug. 8. 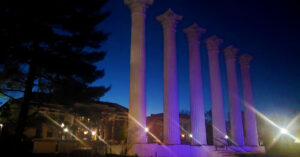 Disappointed students petitioned the College on social media to conduct an in-person ceremony, and college officials marked the somber period in Westminster history by turning the lights that shine on the Columns — central to the ceremony — to the College’s signature color of blue. The lights remained dimmed and tinged blue through the official May graduation date. 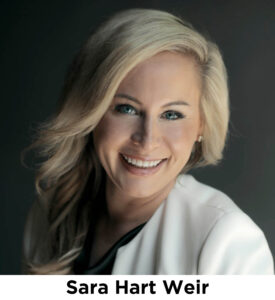 A 2004 graduate of Westminster College, Weir is a Republican from Olathe, KS, who was described in 2019 by the Associated Press as a “fresh face” to watch for in the 2020 election.

Prior to her run for Congress, Weir served as president and CEO of the National Down Syndrome Society, where she was instrumental in leading the effort to pass the ABLE Act of 2014.

At Westminster, Weir double-majored in Psychology and Political Leadership. She then earned a Master of Science degree in Public Policy and Management from Carnegie Mellon University’s Heinz College in Pittsburgh, PA. In 2017, Weir was awarded a certificate of completion for the Emerging Leaders Program in Executive Education from Harvard University’s John F. Kennedy School of Government in Cambridge, MA.

Weir’s presence on campus this weekend is significant, not only because the event was postponed for so long, but also because Commencement officially caps off a year-long celebration of women at Westminster that began in 2019. Women were first admitted to Westminster in 1979.

“Ms. Weir promises to deliver a truly interesting address that promises to be of great interest to our graduates,” Lofe said. “The College has been looking forward to welcoming her back on campus for months, and this should be an exciting time for all of us.”

New Student Convocation is similar in format to Commencement, with the Columns Ceremony prominently featured. New students pass through the campus’ iconic Columns toward the academic buildings during Convocation; whereas graduates pass the opposite direction, away from campus, after receiving their diplomas during Commencement.

After the new students are seated six feet apart, new students Katherine Wood of Kansas City, MO, and Ari Lieberman of Chesterfield, MO, will deliver the Response for the Class of 2024. 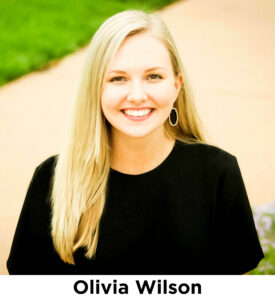 A registered lobbyist with Gamble & Schlemeier in Jefferson City, MO, Wilson graduated in 2019 from Westminster, where she majored in Political Science and Comparative Government and Diplomacy. As a student, the native of Liberty, MO, served as president of the Keep Me in College Coalition, as a student representative with the Missouri Department of Education’s Student Aid Policy Task Force, as president of the College’s Honors Commission, and as vice president of External Affairs for Student Ambassadors.

In addition to her duties with Gamble & Schlemeier, Wilson serves as a Young Trustee on the College’s Board of Trustees.

“I invited Ms. Wilson to give the New Student Convocation speech because I know that in her professional life, she represents what many of these new students will be striving for here,” Lofe explained, adding, “Olivia has made positive and numerous contributions to our Board activities and related functions throughout her tenure as a Young Trustee, and I believe her trustee responsibilities would be of interest to our incoming students.”

For both ceremonies, Westminster is following guidelines established by the Centers for Disease Control and Prevention (CDC), the Missouri Department of Health and Senior Services, the Callaway County Health Department, and the American College Health Association. The precautionary measures can be found on the College’s Graduation page and First Year Information page.

The president ended his letter to the Westminster community with a message of reassurance to the classes of 2020 and 2024. He wrote, “Although the formats of these milestone ceremonies have changed, the alterations do not diminish, in any way, the accomplishments of the Class of 2020 or our excitement for the Class of 2024 in taking their initial steps to join the Westminster College community.”

To find out more about Westminster, visit our website.