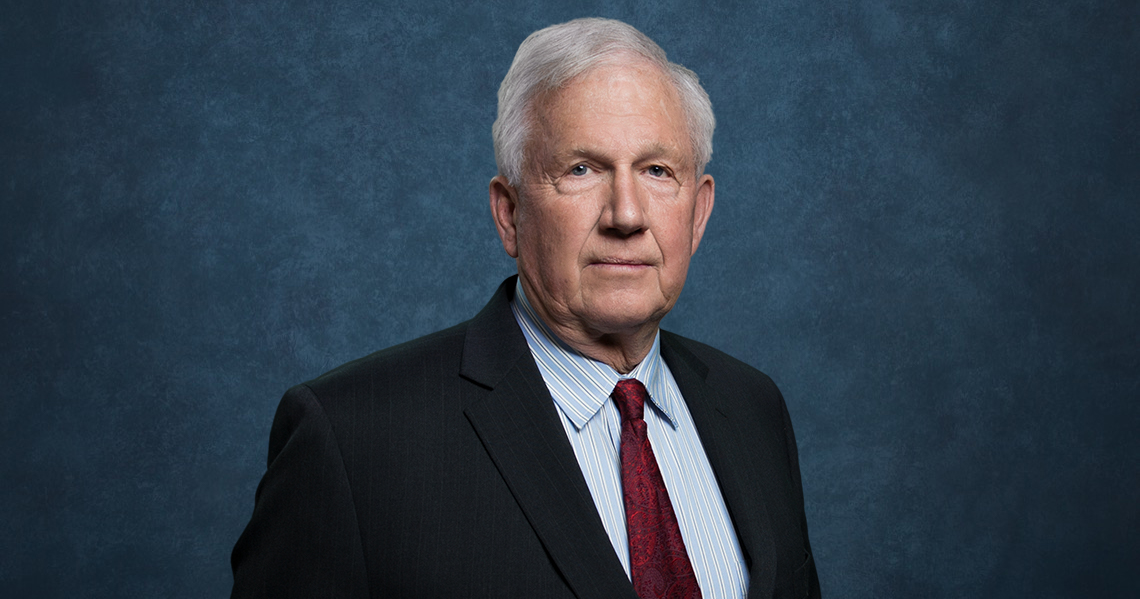 Fulton, MO — May 27, 2020: Dr. Fletcher M. Lamkin, who has led historic Westminster College with distinction for two separate terms as President, announced today he will retire from his post at the end of June 2020. The College also announced that Donald P. Lofe, Jr., will become Westminster’s Interim President, effective July 1. Following his retirement, Dr. Lamkin will become a formal advisor to the College as part of this transition process and will continue in this role through December 31, 2020.

During his first administration, from 2000 to 2007, Dr. Lamkin was responsible for significant expansion and modernization of the College’s facilities, strong growth in enrollment and major gains in fundraising and alumni engagement. He left the presidency of West Virginia University-Parkersburg, when he was asked to return Westminster in late 2017.

In Dr. Lamkin’s second term, Mr. Lofe said, “Dr. Lamkin greatly influenced and assisted in the stabilization of many of the College’s functions and also brought to the Cabinet strong new leadership. During both terms, ‘Fletch,’ as he has been known to students, faculty, staff, alumni as well as the Board, has demonstrated a tireless effort and passion to foster the College’s well-being during numerous challenges.”

Dr. Lamkin said the timing of his retirement will enable him to relinquish the responsibilities of the presidency at the end of the current academic year to provide for the implementation of a thoughtful transition plan, which he is confident will enable the College to continue its upward trajectory without interruption. “When I left the presidency at West Virginia University-Parkersburg, I said that the only school I would leave it for was Westminster College,” Dr. Lamkin said. “I remain passionate about Westminster and its belief in the Power in Purpose, and it has been a privilege to be its leader. I believe the College has a bright future. I look forward to participating in an orderly transition to build on our achievements.” 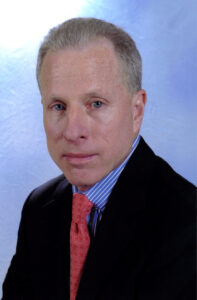 Donald P. Lofe, Jr., a Westminster alumnus who currently serves as Chair of its Board of Trustees, was elected to serve as Interim President, effective July 1, 2020.

“I am honored to become the Interim President of an institution that I care deeply about and which has inspired so many students over the years, including myself, and has produced so many great leaders by helping them find their purpose in life,” Mr. Lofe said. “During Dr. Lamkin’s administration, the College has made many important strides to ensure that it will continue inspiring future generations of students. On behalf of the College’s Board of Trustees, I thank Fletch for everything he has done for Westminster, and I also thank Cindy Lamkin, who has worked so closely with Fletch, for her many contributions as well. They leave an important legacy, and we wish them a very happy and well-deserved retirement.”

Looking ahead, Mr. Lofe said, “It is my sincere goal for Westminster to meet the needs of today, and into the future, while adhering to its timeless mission. We will continue to strive to build young men and women who are critically aware, lifelong learners and leaders of character — individuals committed to the values of integrity, fairness, respect and responsibility — and to prepare them for lives of success, significance and service. I very much look forward to meeting with our alumni across the country very early in my tenure to discuss the College’s direction and obtain their valuable perspective.”

During Mr. Lofe’s interim presidency, he will also carry the title of “Chief Transformation Officer” to emphasize the continuation of the College’s transformation that began under Dr. Lamkin, and to ensure the effective collaboration of the entire Westminster community.  Mr. Lofe said, “Such ongoing collaboration will not only foster continued effective financial and operational change for the College but will also enhance the opportunities for revenue-growth initiatives.”

While Interim President, Mr. Lofe will take an extended leave of absence from his current role and responsibilities as Board Chair and will serve on the Board as an ex officio member, consistent with historic practice for the role of the President.

Mr. Lofe is an alumnus of Westminster College and has served on its Board for approximately eight years in a variety of Board capacities throughout his Board tenure. He was awarded the College’s Lifetime Alumni Achievement Award in 2010. He received a BA in accounting and political science from Westminster and an MBA, with concentrations in finance and business policy, from the University of Chicago.

Most recently, Mr. Lofe was a Partner and the Chief Risk Officer for Global Business Services – Mortgage and Lending Solutions for the IBM Corporation. Prior to joining IBM, he served in several senior executive roles for insurance, community lending and other financial and mortgage-related service entities, both domestically and internationally. He was also a Partner with PricewaterhouseCoopers LLP, specializing in financial services and private and public higher-education clientele. Mr. Lofe is a CPA, CGMA (Active Status) and is also COSO Certified by the AICPA. He was named by Treasury and Risk, a leading corporate finance and treasury periodical, as one of the 100 Most Influential People in Finance. 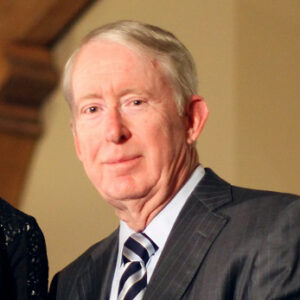 James C. Morton, Jr., will assume Mr. Lofe’s Board Chair role and responsibilities on June 1. He presently serves as a Vice Chair of the Board and began his Board tenure with Mr. Lofe in 2011. Mr. Morton graduated from Westminster College with a BA in Economics and is also a graduate of the University of Missouri School of Law. He is the former General Counsel and Vice President of Governmental Affairs and Public Relations of Michelin North America. Prior to his retirement, he was the Vice Chair and Senior Vice President of Finance and Administration for Nissan North America. Mr. Morton also received the College’s Lifetime Alumni Achievement Award in 2003. He is a former U.S. Army captain and Vietnam veteran.

Both Mr. Lofe and Mr. Morton will be working with Dr. Lamkin and the College’s staff and faculty leadership throughout the next several months to facilitate an effective and efficient transition of Dr. Lamkin’s role and responsibilities. Dr. Lamkin said, “I have worked closely with Mr. Lofe and Mr. Morton over the past several years. Both Don and Jim are experienced professionals and bring strong leadership to the College. I wish them much success in their new roles and look forward to working with them during the transition.”