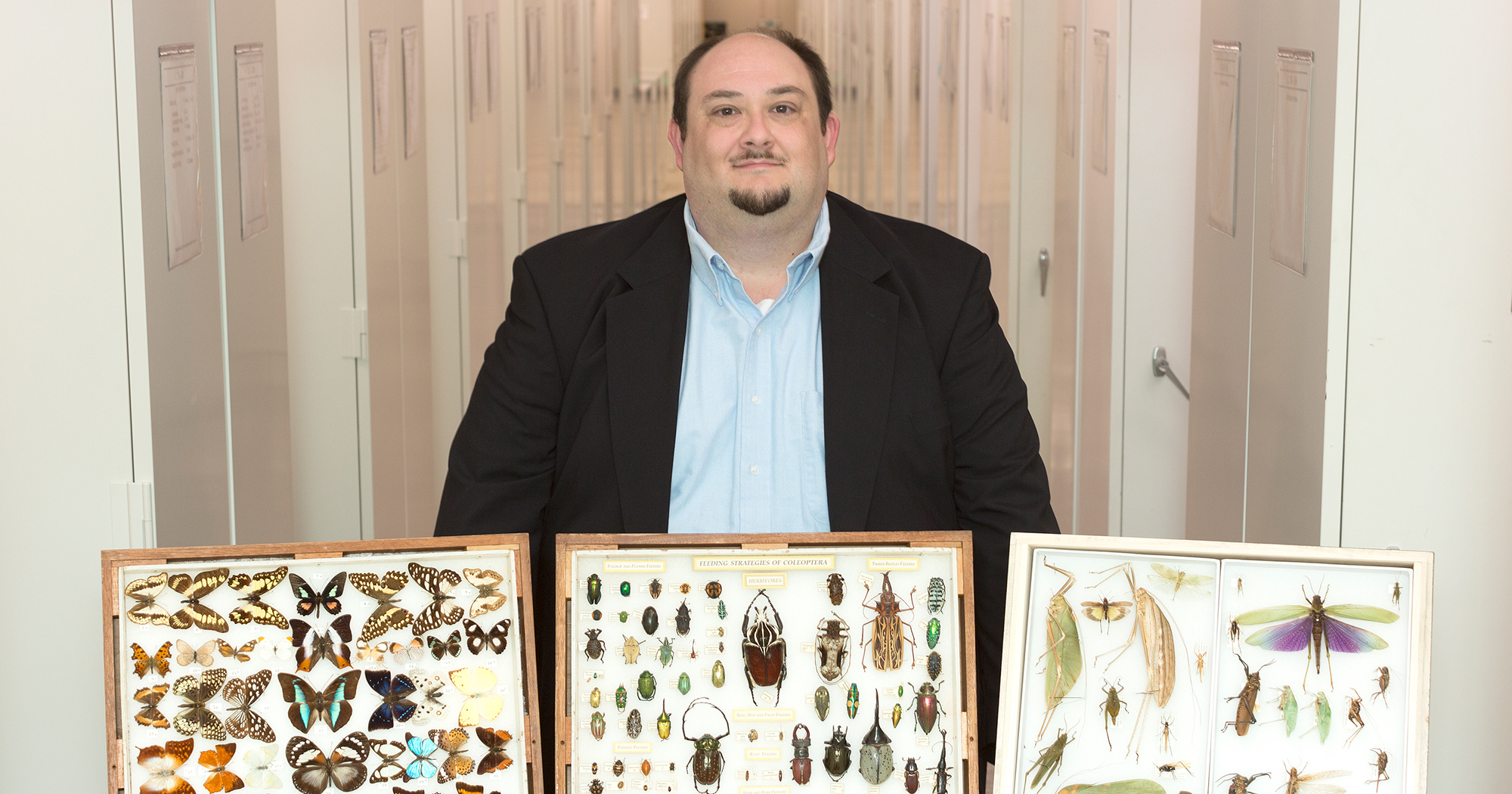 As one of the nation’s leading experts on insects, Floyd Shockley, ’96, is an excellent example of where a Biology degree from Westminster College in Fulton, MO, can lead.

The entomologist and collections manager for the Department of Entomology at the Smithsonian National Museum of Natural History in Washington, DC, has been interviewed nearly 40 times this summer about Brood X periodical cicadas. The infamously noisy creatures reemerged late this spring in the eastern United States after 17 years underground.

CBS Evening News, CNN, The Washington Post, and Inside Science are just a few news outlets that clamored for Shockley’s unique insight into the subject this summer.

When asked about the interviews, Shockley provided a thorough list within his recently updated curriculum vitae.

“It can be a bit complicated to keep track of them all,” he explains. During the height of cicada activity in mid-May, Shockley did as many as four national and international interviews in the same day.

Reporters wanted to know the basics: “When will they be gone?” “How many will there be?” “Can you eat them?” “Will they hurt me, my pets, or my property?” Unlike most of us, Shockley has quiet admiration for cicadas (and all insects, for that matter).

Throughout each of the interviews, his passion for the highly specialized role insects play within the biosphere is evident. You can read about that passion in an April 13, 2021, Smithsonian Magazine article that highlights Shockley’s work with the Institution’s 35 million specimens — the largest entomological collection in the world.

But fungus-feeding beetles, bird-feather mites, and disruptive Brood X cicadas are only a few of Shockley’s great loves. The native of Orrick, MO, also is extremely fond of Westminster.

“It was while at Westminster that I learned critical thinking, how to ask the right questions, and how to develop a process to seek answers to those questions,”  he says.

Westminster also is where Shockley met, proposed to, and married his wife, Shannon (Meyers) Shockley, ’97 ΔΔΔ, a fellow Biology major.

Not surprisingly, he says their wedding on June 28, 1997, at the Church of St. Mary the Virgin, Aldermanbury, is his favorite memory associated with the College. 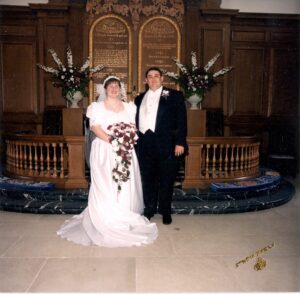 The couple moved to northern Virginia in 2010, when Shockley began working for the Smithsonian. Shannon currently serves as a registered nurse and ICU unit coordinator at Sentara Northern Virginia Medical Center in Woodbridge, VA.

And while Fulton, MO, is a long way from the Washington metropolitan area, Shockley says he frequently thinks about how his Westminster education continues/a> to influence his life. He is proud to say faculty members within the Department of Biology fostered his initial interest in entomology.

As a result, Shockley says he would recommend a Westminster education to prospective students without hesitation.

He reflects, “Westminster’s liberal arts focus not only gave me a broad education that I have used ever since and in many different ways, but leadership opportunities while attending Westminster have forever instilled a sense of civic duty that I have brought to every position I have served in over the years.”

When he isn’t busy with bugs, Shockley enjoys restoring and collecting coins. He also is a film-history buff who has amassed a collection of thousands of movies over the years.

Shockley also likes reading. His last book? He chuckles and says, “Periodical Cicadas: The Plague and the Puzzle by Gene Kritsky.”