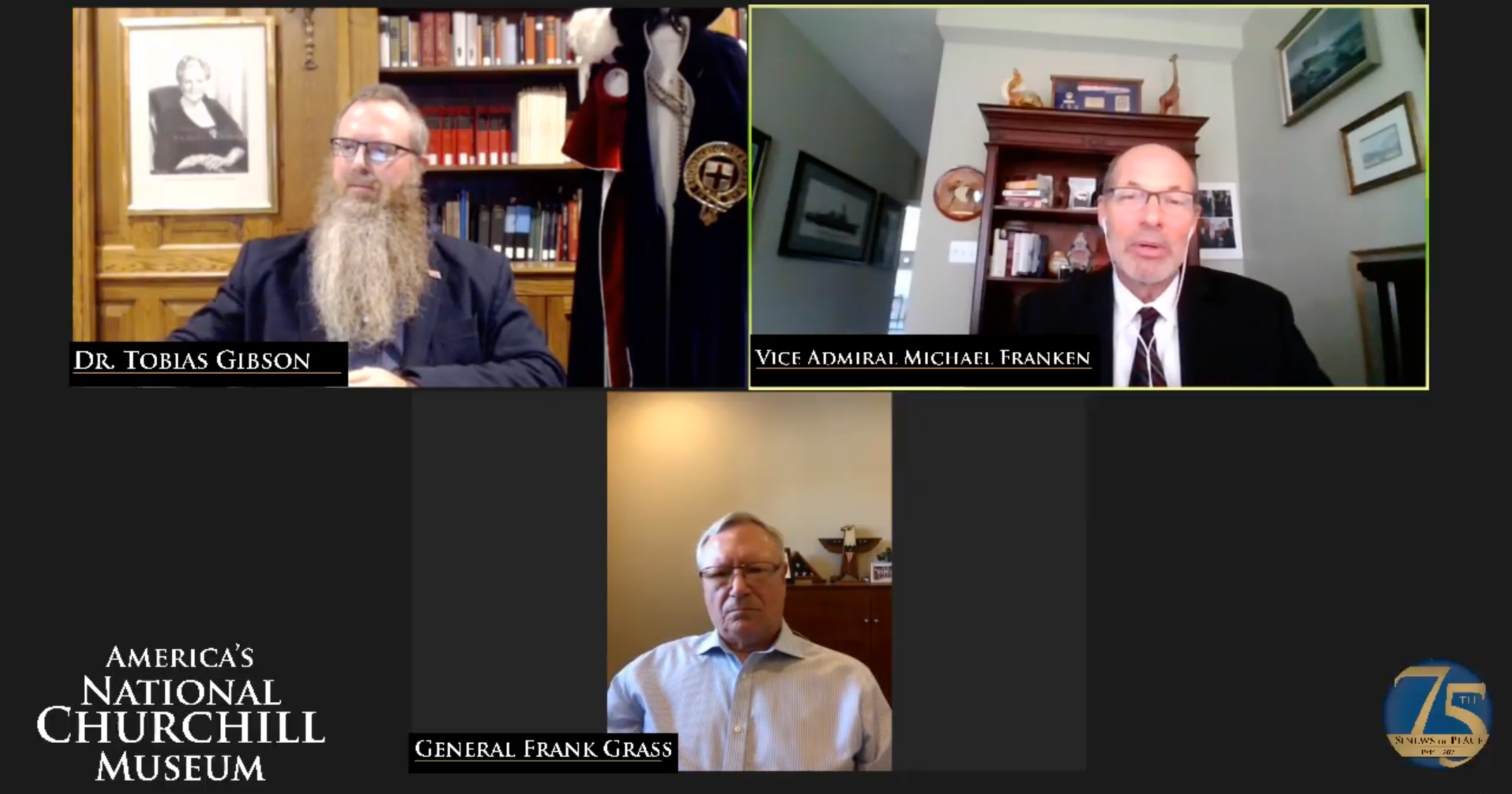 In an age when communication is nearly instantaneous, diffused, and received with diminished discernment, how secure is the safety of those who value freedom and progress? The stakes are high as cyber attacks, disinformation political campaigns, and terrorism pose new and grave threats. With these concerns in mind, you are invited to view a recording of a virtual panel discussion that took place at noon on Friday, Aug. 7, 2020, titled “Beyond the Iron Curtain: A New Blueprint for Security.”

The webcast is part of the Churchill This Day series hosted by America’s National Churchill Museum on the campus of Westminster College.

Nearly 75 years ago, former British Prime Minister Winston S. Churchill created a blueprint for national and international security in his Sinews of Peace, or “Iron Curtain,” speech at Westminster. The foundations of U.S. national security policies, institutions, and diplomatic norms were informed and inspired by Churchill’s words that helped the West wage and win the Cold War. But what of today’s increasingly routine cyber attacks, disinformation campaigns, and terrorism threats?

General (Ret) Frank J. Grass has served as Chief of the National Guard Bureau and as a member of the Joint Chiefs of Staff. In this capacity, he served as a military advisor to the President, the Secretary of Defense, and the National Security Council. He also was the Defense Department’s official channel of communication to the Governors and State Adjutants General on all matters pertaining to the National Guard. Grass was responsible for ensuring the more than 470,000 Army and Air National Guard personnel are accessible, capable, and ready to protect the nation and provide combat resources to the U.S. Army and Air Force. Gen. Grass also has held numerous command posts with the U.S. Northern Command and North American Aerospace Defense Command, where he helped lead the command to anticipate, prepare, and respond to threats and aggression aimed at the United States and its territories.

Vice Admiral Michael T. Franken retired as Deputy Director of Military Operations for the U.S. Africa Command. Franken was the first commanding officer of the USS Winston S. Churchill and served on the USS King, USS Dahlgren, and USS Barry. As commodore, he commanded Destroyer Squadron 28 and Task Group 152.0 for the Eisenhower Strike Group. In Washington, DC, Admiral Franken served in congressional affairs for the Office of the Secretary of the Navy, as political-military chair in the Chief of Naval Operations’ Executive Panel in Information, and in the Joint Staff’s Joint Operations Division. Admiral Franken is a Churchill Fellow of Westminster College.