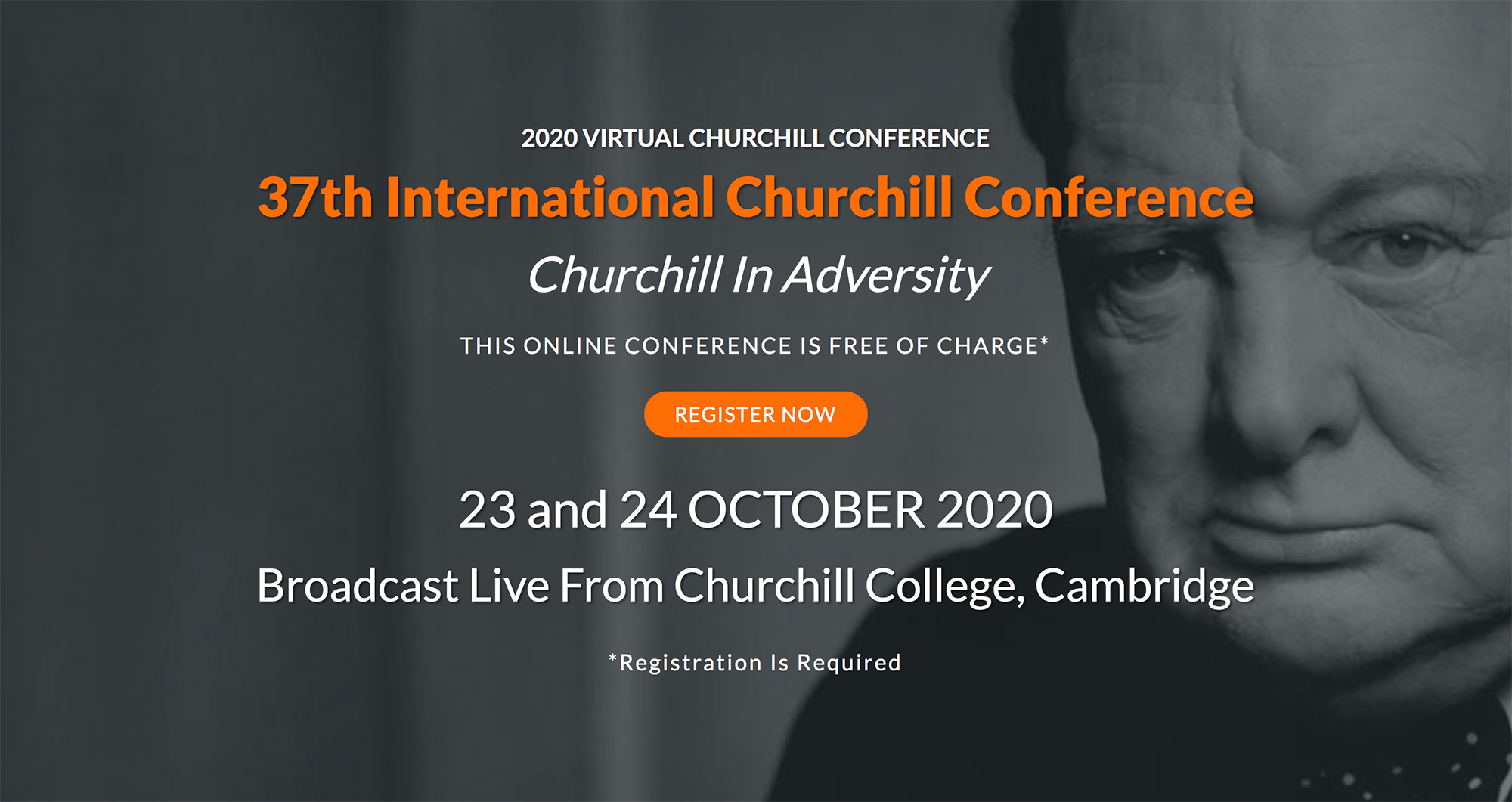 Winston Churchill was a proponent of conferences. Cario. Casablanca. Quebec. Yalta. Athens. Washington, D.C. In these famous cities, and in many others, Churchill gathered with presidents, ambassadors, military leaders, and other luminaries to discuss affairs of global importance.

This year the world is invited to participate — virtually — in a conference with Churchill the center of attention. As the world tackles geopolitical, economic, and public heath challenges, the conference topic is a timely one: Churchill in Adversity.

As a leader, Winston Churchill faced war, tyranny, the 1918 pandemic, and other seemingly insurmountable obstacles to peace and prosperity. This conference will examine not only some of the challenges Churchill encountered, but also explore some of the lessons we can learn and apply from history to overcome the difficulties and dangers of today.

The conference will take place online at 10 a.m. CDT (2 p.m. BST) on both Friday, Oct, 23, and Saturday, Oct. 24. There will be approximately four to five hours of programming each day. The event will include both live and prerecorded sessions from various locations around the world, including America’s National Churchill Museum on the Westminster College campus.

Registration is free and open to all. For details on how to register, please visit the International Churchill Society website.

A 2008 recipient of the Museum’s Churchill Leadership Medal Award, former British Prime Minister Sir John Major KG CH will be one of the keynote speakers. Sir John, who served as Prime Minister and Leader of the Conservative party from 1990 to 1997, is also a member of the Association of Churchill Fellows of Westminster College. During the conference, he will appear in conversation with former British Foreign Secretary William Hague, who is now a member of the House of Lords.

In addition to Sir John and Lord Hague, the conference program from Britain will include veteran broadcaster Jonathan Dimbleby, who will chair a panel discussion on Churchill’s relevance today. The panel will include historians and Churchill Fellows Andrew Roberts and Allen Packwood, Rear Admiral Dr. Chris Parry, and Dr. Karin von Hippel, Director-General of the Royal United Services Institute. From Chartwell, the Churchill family home in Kent, Katherine Carter will introduce Churchill’s refurbished painting studio, and Dr. Barry Phipps and Paul Rafferty will explore the statesman’s painting and how it helped him in his darkest hours.

From Westminster College, the conference will feature a virtual look at America’s National Churchill Museum and a discussion with special guests David Reynolds, Emeritus Professor of International History and a Fellow of Christ’s College at the University of Cambridge, and Catherine Katz, author of The Daughters of Yalta: The Churchills, Roosevelts, and Harrimans: A Story of Love and War. This session will focus on Churchill on the international stage, discuss the “Special Relationship” between the United States and the United Kingdom, and anticipate the 75th Anniversary of the “Sinews of Peace” (“Iron Curtain”) speech in March 2020. This session will be moderated by Timothy Riley.