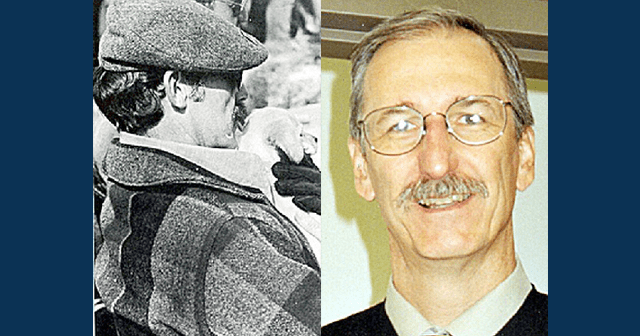 Drs. Douglas Fickess and Robert Seelinger passed from this life within 24 hours of each other the weekend of Sept. 22, 2018. Dr. Fickess taught Biology and Physiology at Westminster full time from 1962 to 2005, advised many in the pre-med program at the College, and later served as an adjunct professor for a number of years before retiring in 2005. Dr. Seelinger came to Westminster in 1979 and quickly became a full-time Classics professor and later served as Interim Dean of Faculty, Dean of Faculty, Vice President of the College, and Coordinator of Fine Arts before retiring in 2016.

A celebration of life for Dr. Fickess will take place at 10:30 a.m., Oct. 20, at the Church of St. Mary the Virgin, Aldermanbury. Friends will be received from 10 a.m. until the time of service. A reception will follow in the atrium at Coulter Science Center. Dr. Fickess’s complete obituary can be found here.

A celebration of life for Dr. Seelinger will take place at 2 p.m., Oct. 21, at the Church of St. Mary the Virgin, Aldermanbury, with a reception immediately following at the same location. A complete obituary for Dr. Seelinger can be found here.

Although both recently lost their battles with cancer, each won the hearts of many within the Westminster community during the decades they taught at the College. Westminster pays special tribute to these men through the words of those touched by them, found below. 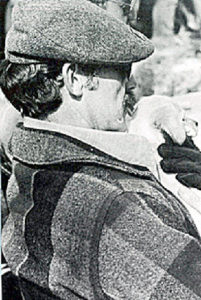 “Doug was an original … a man of many talents and interests, and a seemingly endless fount of facts, trivia, and other information. He was the department’s Google before we had access to the Internet. Doug challenged students to help them bring out their best in a demanding and competitive discipline. To this day, many of those students speak nostalgically of Doug and hold him in the highest regard.” – Dr. Michael Amspoker, Professor of Biology

“I know that I speak for myself and so many others in paying tribute to Dr. Doug Fickess. To say that Dr. Fickess’s classes were demanding is akin to saying that Odysseus’s return from Troy was delayed. Dr. Fickess taught a generation of Westminster biologists how to excel in the face of an academic challenge. He would commit whatever it took on his part to help a student with a difficult concept and was staunchly committed to the value of the liberal arts. It is easy to see why so many of his students have risen to leadership roles in science and healthcare faster than their peers. No matter what his students achieve in this life, we and Westminster College will remain in the shadow and debt of Dr. Fickess.” – Dan Jackson, ‘04

“Doug was always a character, and I well remember him and his pipe every time I walked into old Coulter to teach a class. Serving as chair of the Curriculum Committee with him, John Langton, and Butch Lael as members, as division chairs, was ‘memorable.’ But I always remember him sitting with students as well in his office as I walked by, and I remember the respect that everyone had for him. And, I knew that Doug always liked and respected me, too. And he always had an interest in what I was doing.” – Dr. David Jones, Professor of Psychology

“I remember students who praised the wide scope of Doug’s knowledge and his insights. Perhaps his sometimes gruff exterior made first-year students a bit nervous and maybe study harder, but colleagues and students who knew him better saw a warm, softer human being who held many lofty ideas about life.” – Dr. Kent Palmer, Professor Emeritus of Biology

“Dr. Fickess was one of the many colleagues of my father that I would see when I visited his office in Coulter as a kid. In the back of my child’s mind he was like the Bruce Lee of Westminster because of his reputation as a Judo master. I remember thinking when I was 11 or 12, ‘Don’t make this guy mad.’ Turns out, he was a really nice guy.” – Brian Sloss, ‘90 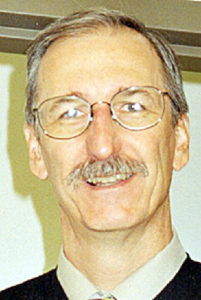 “Bob was such a gentle soul and someone who was always looking to nurture others. He was always incredibly kind to me. We had some great times together, where we just talked about life and his hopes for retirement.” – Dr. David Jones, Professor of Psychology

“Bob will always hold a special place in my heart. He was an excellent teacher who, without fail, seemed to bring out the best student in me — a feat unto itself! I always found myself asking new questions, wanting to learn more about antiquity, changing my perspective. But most importantly, he was just a damn good guy with a keen wit and a great sense of humor. I remember meeting Bob and his wife in Athens the summer after graduation. They were on a sabbatical dig that summer, and I remember we had dinner and strolled the streets of Athens at dusk, chatting and soaking up modern downtown Athens. It was lovely.” – Jason Knowles, ‘92

“Dr. Bob was a brilliant and generous teacher. He always encouraged my curiosity and made time for me when I stopped by his office to ask a question (and often offered me half a bagel). I still repeat his bad jokes. I am saddened he is gone, but his stories will be passed down by his students, and if he were here, he’d point out that is how the Greeks achieved eternal life.” – J.J. Moore, ‘93

“Cancer crashed into his and his family’s lives, a situation I had in common with Bob. And so, we began to meet regularly. Acknowledging our mutual cancer experiences became as beneficial to me as I believed it was for him. Usually we finished up discussing Westminster and political and family matters.” – Dr. Kent Palmer, Professor Emeritus of Physics

“My favorite memories of Bob range from Bob as a passionate professor of Classics to Bob as a thoughtful, supportive Dean of Faculty to Bob as fellow parent, raising our children together, to Bob in his spare time, reading Greek newspapers and playing with his dog. In all facets of life, Bob always led with kindness and gentleness and with a quirky sense of humor. His love and care of Westminster never waned, and he never tired of talking about the richness of Westminster’s past or his hopes for our future. We couldn’t have asked for a more magnanimous colleague, leader, and friend.” – Dr. Carolyn Perry, Professor of English and Director for the Center of Teaching and Learning

“Bob embodied, lived, the best essence of what Westminster ever aspired to be, and after 42 years, I can say that is a great, great deal.” – Wayne Zade, Professor Emeritus of English