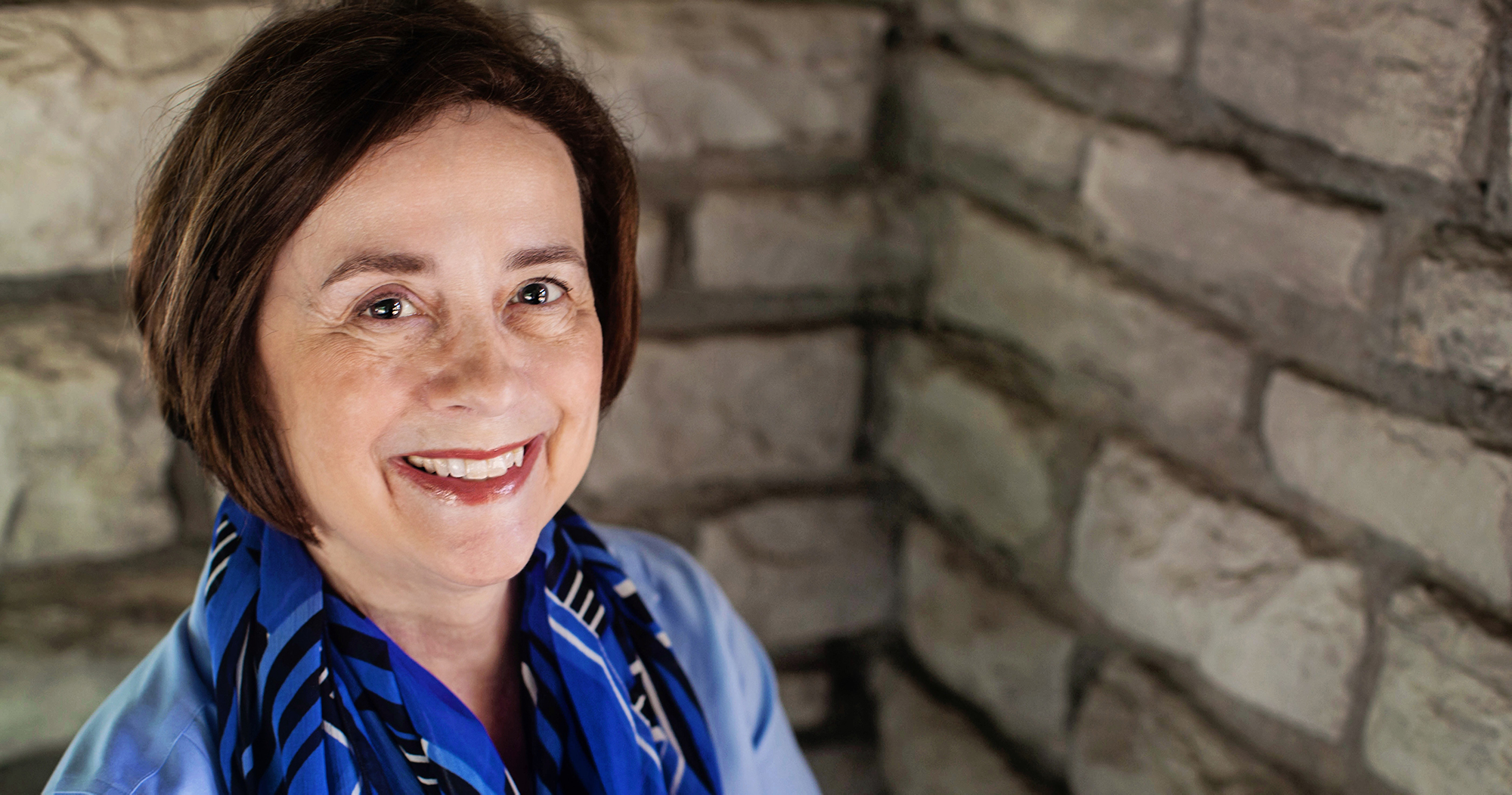 A book published in November 2020 about Westminster College and the Church of St. Mary the Virgin, Aldermanbury, was an all-consuming project for Churchill Fellow and author Nancy Carver.

The resident of St. Louis, MO, feverishly worked on The Inspiring History of a Special Relationship after turning the idea over in her head for months.

“It took a year of writing day and night,” Carver says. “I think the COVID virus helped, as I had no distractions.”

A lover of history, Carver easily dissects events and makes connections between the past and present so they are relevant to people today.

Her latest project mines the depths of countless relationships that made it possible for the Church to be transported stone by stone from London, England, to Westminster’s campus in Fulton, MO.

Carver details how the project was possible in the first place. The structure laid in ruins for decades after being bombed during World War II. The Church was dedicated at Westminster on May 7, 1969, after five years of reconstruction.

Currently, many may not realize the project made worldwide headlines. The London Times referred to the reconstruction effort as “perhaps the biggest jigsaw puzzle in the history of architecture.”

After reading the book, those most familiar with Westminster walk away with a broader understanding of the 17th century architectural masterpiece that many may take for granted after encountering the building day after day.

Described by Churchill himself in the 1960s as “an imaginative concept,” the monument reconstructed in honor of his historic March 5, 1946, “Iron Curtain” speech at Westminster surprisingly involved large-scale donations by famous actors and fundraising efforts by at least one Hollywood executive.

Carver details how a diverse group of individuals ― including film star Douglas Fairbanks, Jr.; a former head of 20th Century Fox; former Presidents Truman, Eisenhower, Kennedy, and Johnson; Westminster faculty and staff; and many more ― each played a strong role in the reconstruction of the ancient church that was redesigned by Sir Christopher Wren after it was partially destroyed the Great Fire of London.

The key relationships woven throughout the book reveal that it is no accident Carver used the term “special relationship” in the title. But the term has even more important connotations: Churchill coined the phrase in 1944 in describing the bond between Britain and the United States.

Carver draws an important correlation between Churchill’s vision for international diplomacy and his historic visit to Westminster that inspired the reconstruction of St. Mary the Virgin, Aldermanbury, now part of America’s National Churchill Museum, on Westminster’s campus.

The fascinating relationships described throughout make the 288-page book a must-read for the Westminster community.

“The Church is a symbol of what can be accomplished when diverse people work together to achieve a common purpose,” Carver explains. “Too often, we get depressed about something that seems impossible to overcome. … The men and women of Westminster proved that the impossible can become possible, and they refused to let obstacles stand in their way.”

Westminster College and America’s National Churchill Museum will virtually celebrate the 75th anniversary of Winston Churchill’s “Iron Curtain” speech on March 5-6. All are invited to participate simply by registering online. The Inspiring History of a Special Relationship is available from America’s National Churchill Museum and Amazon.com. All proceeds from the sale of the book go toward the support of the Museum.