Korean Ambassador To Lecture On U.S. Relations with North Korea 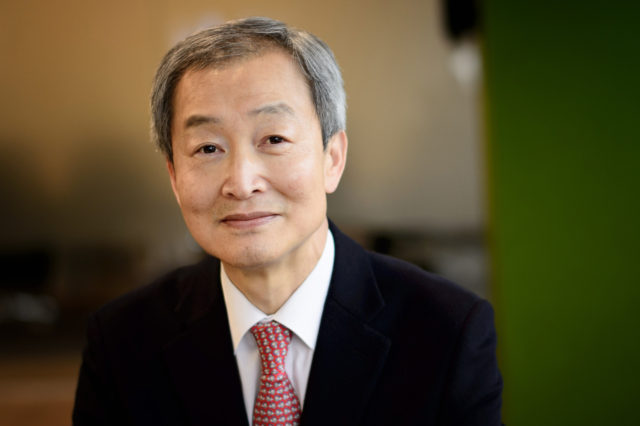 The evolving relationship between Korea and the United States will be the topic of a lecture by the Honorable Ahn Ho-Young, Korean Ambassador to the United States, on his visit to the Westminster College campus, Monday, September 19.

Ambassador Ho-Young will discuss the end of the Cold War, the challenges facing the world today and thoughts on how the U.S.-Korea relationship will evolve in his public lecture at 7 p.m. in the Hermann Lounge on campus.

“The thoughts of Ambassador Ho-Young at Westminster could not be any timelier in light of North Korea’s latest nuclear testing threat,” says Westminster President Dr. Benjamin Ola. Akande.

Dignitaries joining the Ambassador for his lecture include U.S. Congressman Blaine Luetkemeyer, Director of Policy and Operations for the Korean Economic Institute (KEI) Phil Eskeland, former Illinois Congressman and President and CEO of KEI Donald Manzullo, John Kim of the Education Bureau of the Korean Embassy, Missouri Associate Circuit Judge and U.S. Honorary Consul to the Republic of Korea Judy Draper and Fulton Mayor LeRoy Benton.

Before the lecture Ambassador Ho-Young will meet with transnational studies, security studies and political science students at a private reception, tour the National Churchill Museum and join a small group of Westminster faculty and students for dinner.

He holds a master’s degree from the Georgetown University School of Foreign Service and a political science degree from Seoul National University.

He was honored with the Order of Service Merit, the highest award for public officials in Korea.

His lecture is sponsored by the Churchill Institute for Global Engagement.