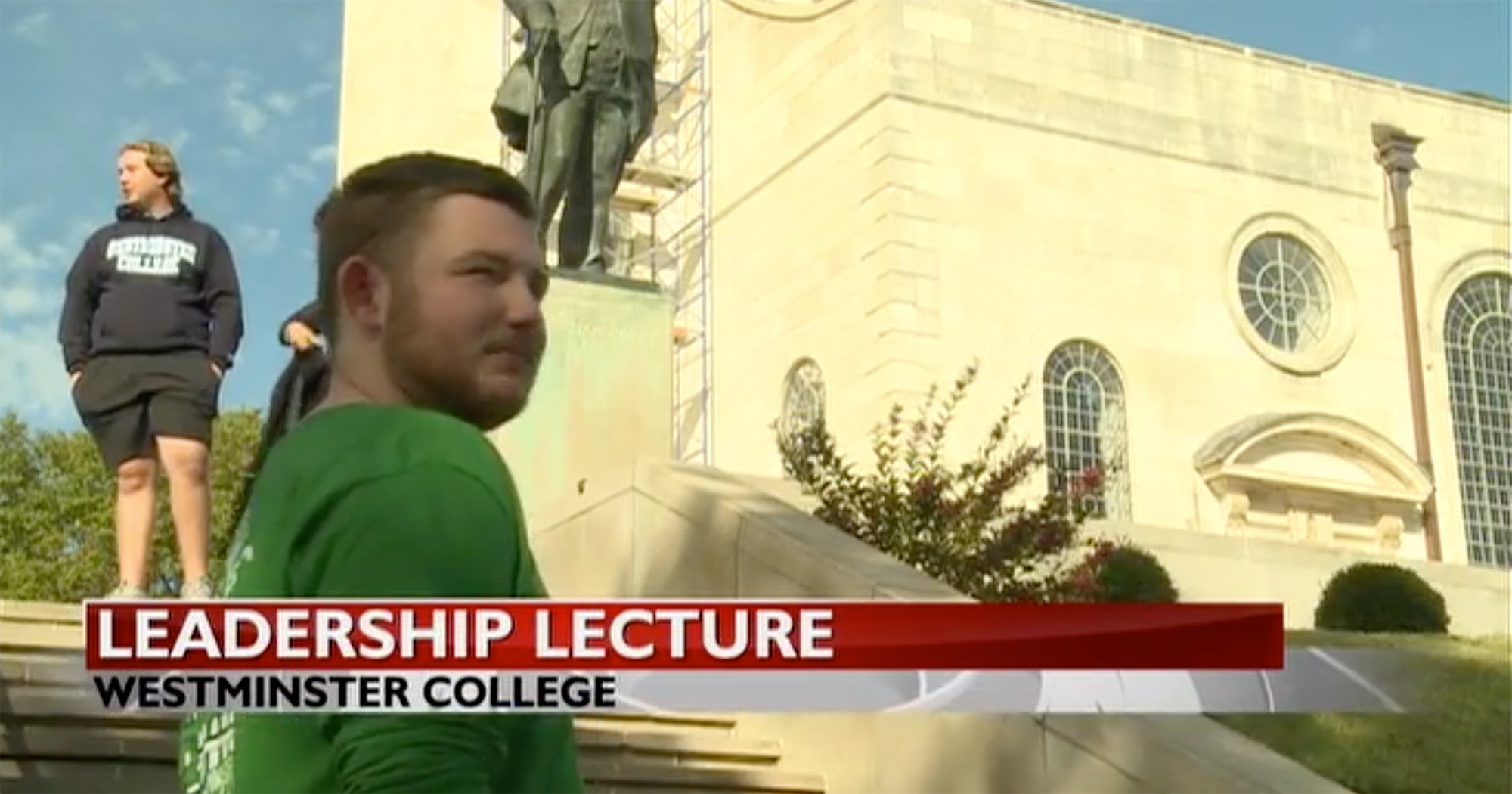 Westminster College student Thomas Booker, ’22 ΦΔΘ, made headlines this week when KOMU TV interviewed him in anticipation of the Cherry-Price Leadership Lecture on Oct. 24.

Reporter John Pottebaum with the NBC affiliate from Columbia, MO, wanted to know how students feel about world leaders frequently visiting Westminster. A small college with a mighty reputation, lecturers from a broad range of political perspectives historically accept speaking engagements at Westminster.

Booker says Westminster’s reputation for bringing world leaders to campus is the primary reason he chose to attend the College.

“Westminster is this hidden gem in Missouri, of the country, where all of these huge and important people in history come to speak,” Booker said. See more of his interview here.

A biochemistry major from Rolla, MO, Booker plans to go into politics after graduation. He explains that the intimate environment of the Cherry-Price lecture — with a student-centered reception prior to the event —allowed him to meet Hockey personally.

“Not only did I get to shake his hand, but I got to talk with him about my political aspirations,” Booker says excitedly. “I got to see the other side of him. I thought he looked serious, and when we got to meet him, he was serious but also very kind and a really nice person.”

Booker adds that he confided in Hockey about his political aspirations. Hockey signed his lecture program with the advice, “Go straight to the top. Don’t let anybody tell you to stop.”