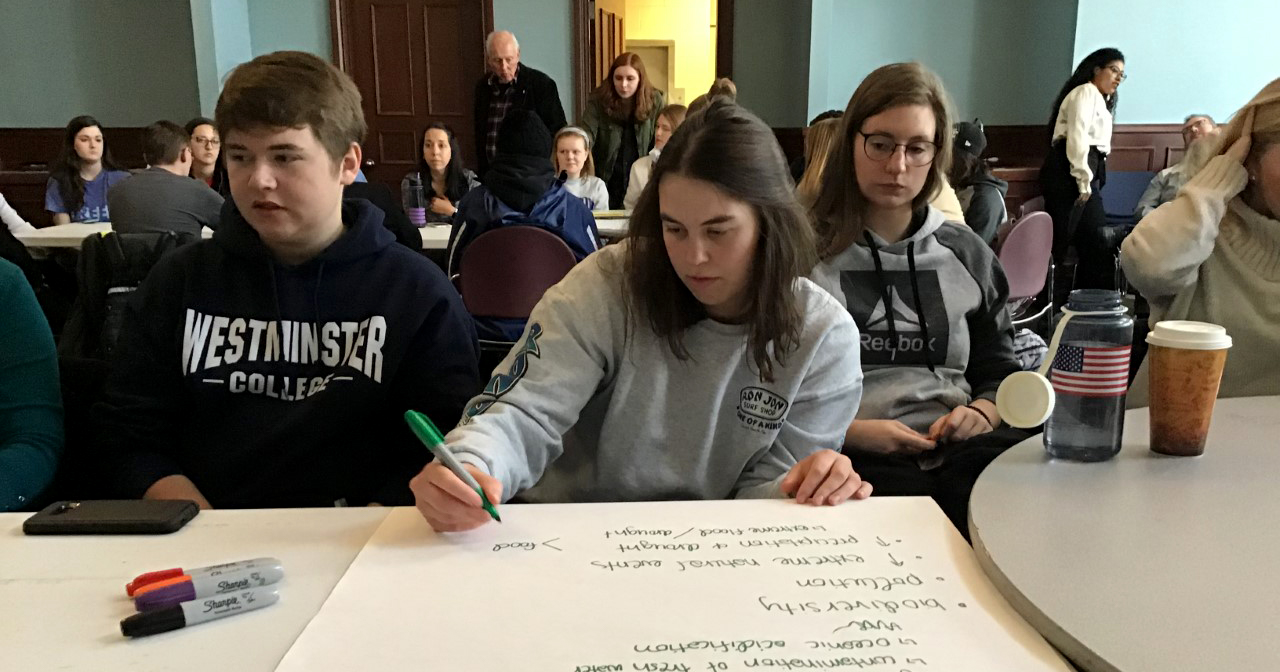 Tychirra J. Moreno, Diversity and Intercultural Engagement Fellow, says that conflict often takes place in the media and elsewhere in society between those on the side of science and those who focus on the human-rights aspect of the issue.

“This particular Diversity Dialogue was our attempt to show that both sides are equally needed and important and that only together can we save our planet,” Moreno explains. 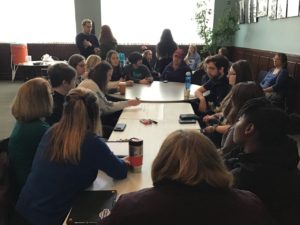 Along with Moreno, students Nathan James, ’22, and Sean Pelato, ’22, conducted the session, which involved dividing attendees into two groups. In the first half of the event, each group represented one side of the climate-change issue and presented their arguments. Later, the groups were asked to switch positions and argue for the other side.

“Even before the twist was announced, it was amazing to see students already trying to tackle the issue from a joint perspective with comparative reasoning,” says Pelato, who is president of EcoHouse, Vice President of ECoS and president of Westminster’s Gardening Club.

A resident of O’Fallon, IL, Pelato adds that she was pleased with the turnout at the event: About 50 students, faculty and staff took part in the discussions, which she says remained civil and engaging.

James agrees with Pelato about how smoothly the discussion went and says he was empowered by student, faculty and staff input.

A native of Bentonville, AR, James is president of Amnesty International, coordinator of EcoHouse, president of the College Democrats and a student worker for the Center for Faith and Service.

“It can’t be a one-sided issue,” James explains. “It can’t be partisan. It can’t be self-interested. We are all part of the same global community being impacted, and we must realize and respect each other to find real, lasting solutions to catastrophes. In this case, climate change.”

Event attendees were treated to a free meal from India’s House in Columbia, MO.