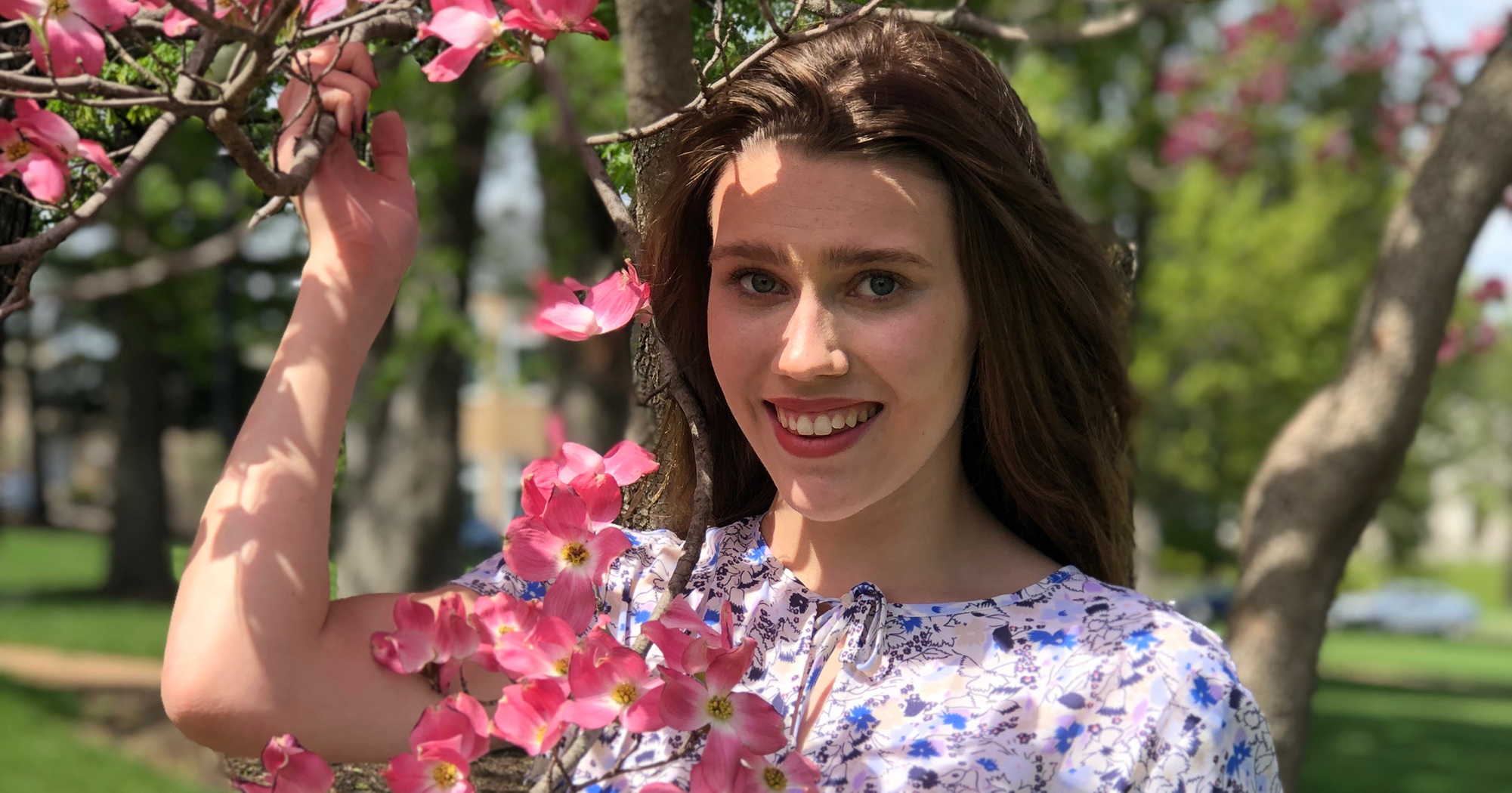 Westminster College is excited to announce that sophomore Katherine Sokol was awarded a 2020 Newman Civic Fellowship in March.

An English major with a focus on creative writing who is minoring in women and gender studies, Sokol is one of only a handful of Missouri college students to receive the one-year fellowship. Nationwide, Newman Civic Fellowships were awarded this spring to less than 275 college students.

Ultimately, Newman Civic Fellowships make public service projects possible. Sokol says her fellowship will allow her to focus on providing the Westminster campus with information for the 2020 election.

“My project will be centered on providing students with information that is left-center, center and right-center in order to remain as unbiased as possible,” Sokol explains.

She adds that her nomination took place after others on campus heard about her concern that many in the media who report on the upcoming presidential election seem to be basing reports on opinion rather than fact. “I wanted to focus on spreading fact-based, reputable sources around campus so that we can make informed decisions,” she says.

Perry explains, “Katherine is not only interested in voter registration and in encouraging voting, but she’s also interested in getting people to come together afterwards to try to work together and understand one another, rather than remain so divided by party lines.”

President Fletch Lamkin endorsed Sokol’s nomination, describing the Westminster sophomore as someone who contributes to the common good and “represents the best of Westminster College’s values of promoting fairness, integrity, responsibility and respect in her personal interactions with and leadership of her fellow students.” Read more about Lamkin’s endorsement here on the Campus Compact website.

Campus Compact is a Boston-based, national organization that oversees Newman Civic Fellowships. The coalition is composed of more than 1,000 participating colleges and universities that are committed to civic education and community development.

The Newman Civic Fellowship is named after Campus Compact co-founder Frank Newman, a long-time advocate for public service who dedicated his life to higher education and educational reform.

Sokol says she is excited to add the Newman Center Fellowship to her list of Westminster responsibilities. A native of Kansas City, MO, who now lives in Cupertino, CA, Sokol is a member of the Remley Women’s Center and is co-president of Alliance. She also is a member of the grant committee for Westminster’s Coordinated Community Response Team and Alpha Gamma Delta sorority.

Sokol adds that she looks forward to being back on campus next fall to begin her work. “I feel honored to be selected, and I am very excited to start working on the fellowship projects!”