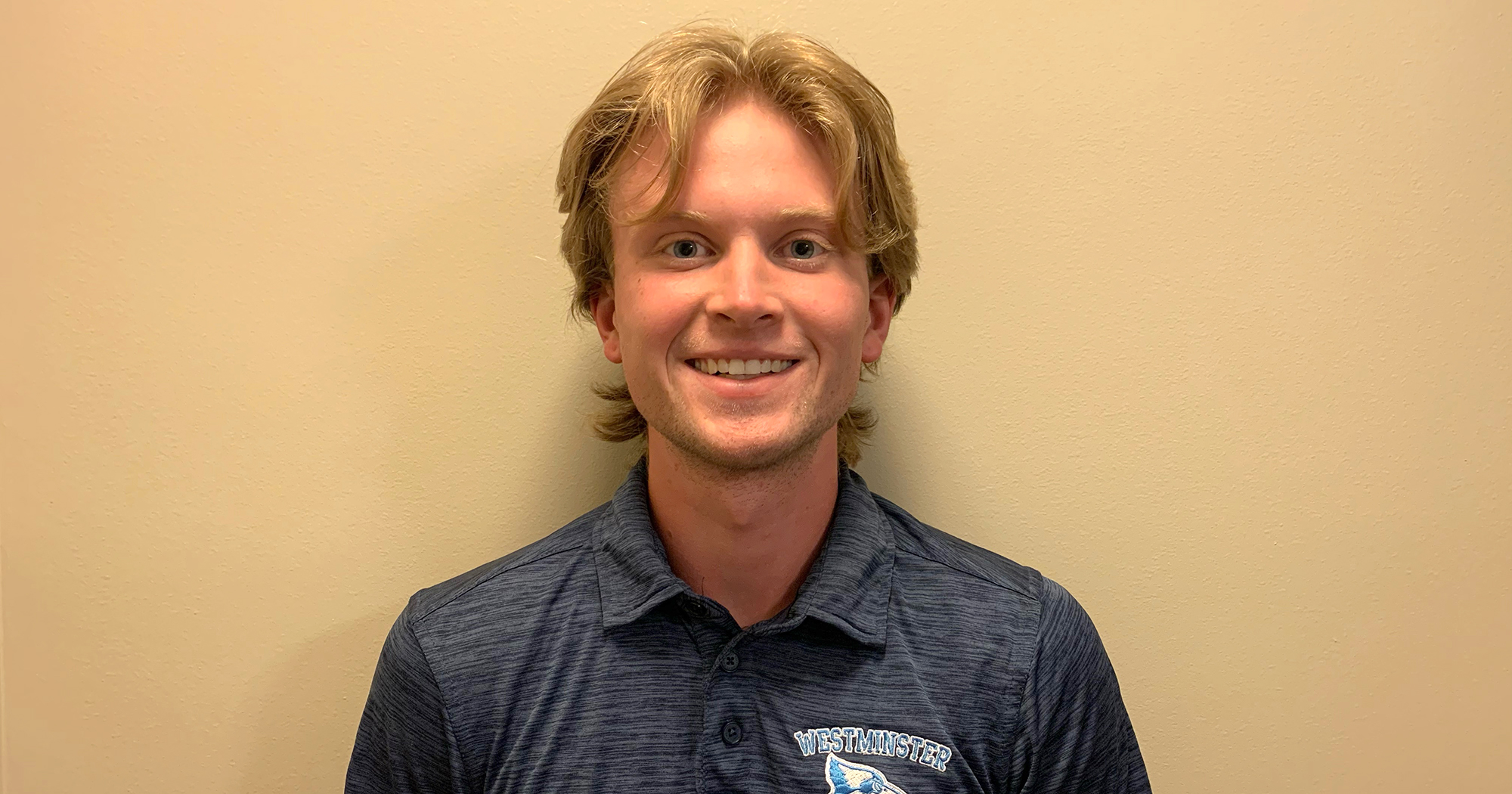 Westminster College is pleased to announce that senior Jordan Kahrhoff of St. Peters, MO, is the institution’s first recipient of the prestigious Presidential Fellowship through the Center for the Study of the Presidency and Congress (CSPC).

Westminster is among only a handful of small liberal arts colleges nationwide to be included as a CSPC program participant. A premiere outlet for scholarship on the presidency, the CSPC has partnered for more than 50 years with institutions such as Harvard University, Stanford University, the U.S. Air Force Academy, the U.S. Naval Academy, and others.

Kahrhoff began his fellowship on Sept. 15 by attending a virtual CSPC kick-off ceremony via Zoom. The political science major said he hopes his fellowship will allow him to perform special research on social policy while sharpening his existing research skills.

Research will be presented at a special CSPC conference, which will be part of one of two trips to Washington, D.C., where Kahrhoff will be given the unique opportunity to meet with political insiders.

“It is an incredible honor to be Westminster’s first fellowship recipient,” he says earnestly. “I know many of my peers were as equally deserving of this opportunity, so that is something that is motivating me to be a positive representative of Westminster.”

Dr. Tobias Gibson, who serves as the Westminster contact for the CSPC, says that Kahrhoff possess all of the strengths associated with the program and should excel in the fellowship. He says, “Jordan is an incredible student who is highly engaged on campus and will serve well as Westminster’s first Presidential Fellow.”

Gibson, the Dr. John Langton Professor of Legal Studies and Political Science, explains that the fellowship was on his radar for a number of years before he reached out to the CSPC this summer on behalf of Westminster.

“Based on Interim President Lofe’s administration and dedication to the liberal arts and Westminster’s students — as well as generous support from J.R. Andrews and members of the Board of Trustees — this seemed like an opportune time,” he says.

Through the highly respectable and historic program, Westminster students such as Kahrhoff will be given will engage on a national stage with policy makers and members of the U.S. Congress.

After graduating from Westminster, Kahrhoff hopes to earn a master’s degree in Social Work and eventually pursue a Ph.D., where he would concentrate on juvenile justice policy and school social work interventions.

Kahrhoff is a member of the Blue Jays soccer team, serves as a Remley Women’s Center intern, and last year was a student assistant at the Churchill Institute for Global Engagement. He enjoys playing soccer for the Blue Jays, reading, writing, and listening to music and podcasts.