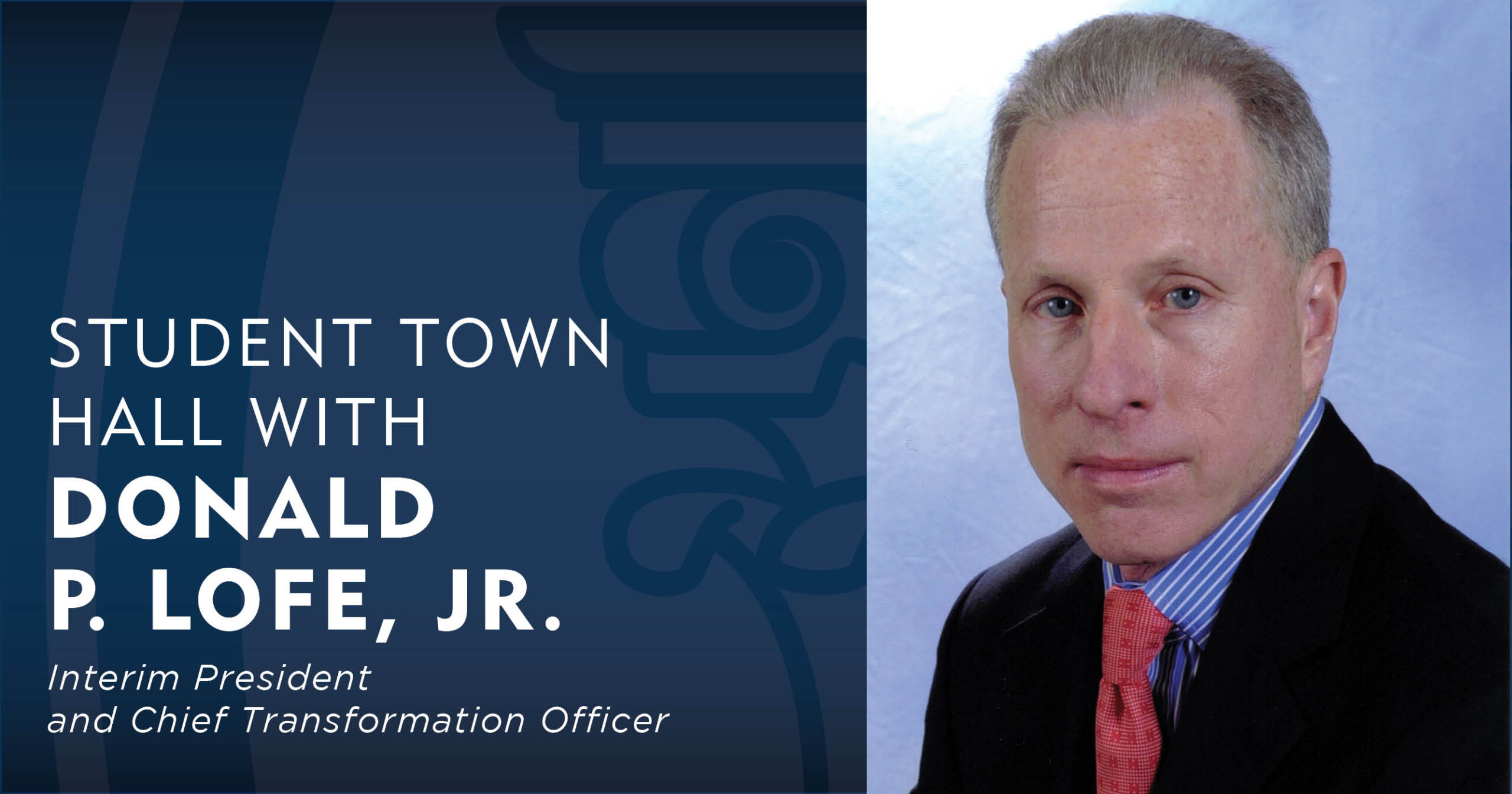 Interim President and Chief Transformation Officer Donald P. Lofe, Jr., announced to students on Aug. 26, 2020, that he is launching a series of Westminster Town Hall meetings that will focus entirely on their questions and concerns.

The letter referenced his July 1 start date and mentioned that he is a 1979 alumnus. Lofe, who previously served as Chair of the Board of Trustees, wrote that serving Westminster in his current capacity is humbling and that he cares deeply for the College.

Lofe added, “I had the remarkable opportunity to introduce myself to the freshman class during New Student Convocation on August 9, but I would also like to take the time to become acquainted with each of you.”

The Westminster virtual Student Town Hall will take place from 12 p.m. to 1:30 p.m. on Sept. 3 via Zoom. Students were asked to submit questions prior to the event, which will be a panel discussion including Lofe, Vice President and Dean of Student Life Dr. Kasi Lacey, Vice President for Academic Affairs and Dean of Faculty Dr. David Roebuck, and Director of Athletics Matthew Mitchell.

Lofe majored in Accounting and Political Science at Westminster before later receiving an MBA with concentrations in Finance and Business Policy from the University of Chicago. Named by Treasury and Risk as one of the “100 Most Influential People in Finance,” Lofe most recently was a partner and chief risk officer for Global Business Services – Mortgage and Lending Solutions for IBM Corporation.

Prior to his position with IBM, Lofe served in several senior executive roles for insurance, community lending, and other financial and mortgage-related service entities. He also was a partner with PricewaterhouseCoopers LLP.

A 2010 Lifetime Alumni Achievement Honoree, Lofe served for about eight years on the Board of Trustees and currently is an ex officio member. More information on Lofe and the recent presidential transition can be found on our website.

Lofe ended his letter by stating that he hopes the Sept. 3 Student Town Hall will be the first of many.

He wrote, “I believe that fostering communication between my office and students, faculty, and staff is extremely important to the well-being of the College. I look forward to hearing from you,”