A Look at Life on the Other Side of the World: Friendship Family Program 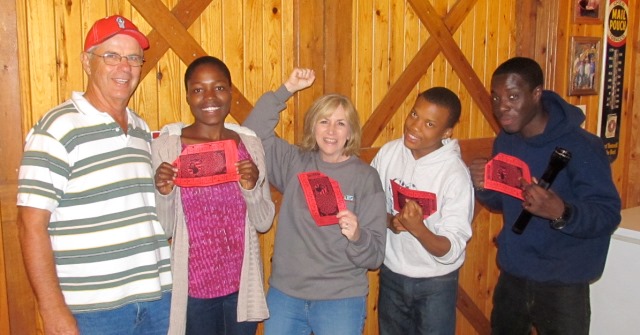 “Loving someone from another background doesn’t have to be that difficult; just look in their eyes and realize that we are all humans and let that pure human connection bind you as one.”

Those are words of wisdom from Tjizembua Tjikuzu, a Westminster College junior from Namibia, who is experiencing that human connection with his host family in the Westminster Friendship Family Program.

With 17% of its campus population from other countries and many of those students unable to return home during the four years of their education, Westminster College has established this program that offers support to them and any out-of-state students who live too far to go home for school breaks.  For Tjizembua and Sombiniaina “Aina” Herimpitiavana, a junior from Madagascar, and many others, the Friendship Family Program at Westminster offers a helping hand when needed and a taste of American culture and home life.

Tjizembua is being hosted by Deane and Carolyn Hulett of Fulton and says there is “never a dull moment” at the house since the Huletts host up to ten Westminster students.  They have given him a refrigerator and often buy him food. 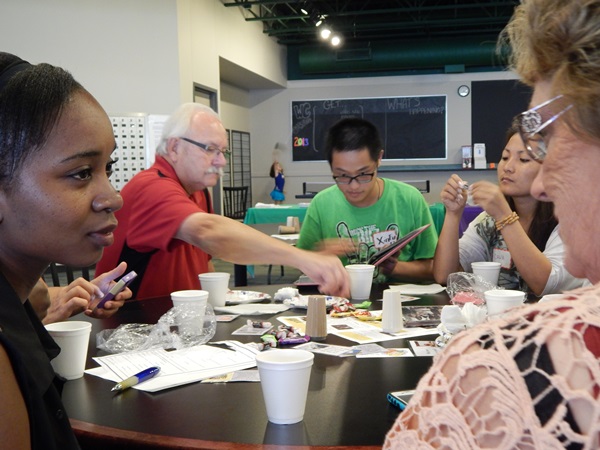 Westminster international student Michelle Marumo chats with Caroline Hulett while the Huletts were on campus to spend time together through the Friendship Family program. Pictured in the background are Deane Hulette, Xinfu Li, and Dawa Sherpa.

A great deal of his time with the Huletts is spent cooking together (“Carolyn’s cooking is amazing!”), playing games, and sharing stories about their families and homes.  They have gone on hay rides and built bonfires, complete with cooking what he calls “sausages” and roasting “mush mellows” on sticks.  Deane is also trying to teach him the rules of baseball and how it is played. 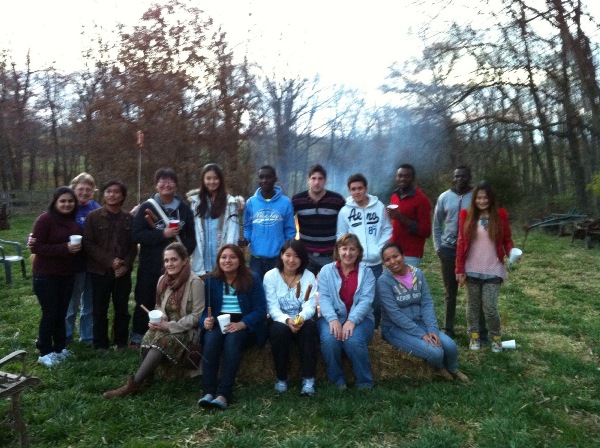 While Tjizembua has not spent any holiday time with the Huletts yet, he is well aware of how great they have been about allowing past international students they have hosted to live with them after graduation while these graduates figure out what they are going to do next.

Aina experiences a different family dynamic because her host family, Mike and Lorna Hill, have three children of their own and also host Steven Sakayroun from Central African Republic.  She has been with them to their children’s dance recitals, soccer games, family dinners, and other family activities.  They also have taken her to local festivals and large events in Central Missouri. While the timing did not work out for her to go with them to their parents’ farm for the holidays, she is hopeful it will next time. Aina says sometimes she is so busy with school, they find it difficult to find a common time to meet, and so they stay in touch on Facebook.

“They also dropped treat baskets for us a week before finals last year and they support us in events we organize at school and give us cards,” says Aina. “I know it is hard to find time when you have kids and jobs, yet I personally see the sacrifice they make to the Friendship Family Program and just to get to see us like our parents would do. I feel that they care.”

The experience has certainly been a cultural exchange for them all.

“I saw ‘cheese powder’—something I never knew existed or had seen before,” says Aina. “I also learned fresh foods and fruits are more expensive here than junk food.  Back home, it is just the opposite.”

She says the Hills were surprised to learn that her family does not pet their dogs or cats because they are considered the guardians of the family and are used to prevent mice. 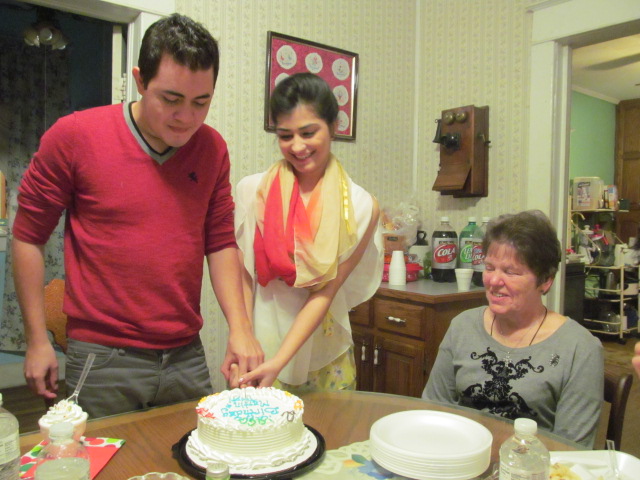 Jenny Bondurant, Executive Director of Marketing and Strategic Communications, is one of the College staff who lives its mission by hosting a freshman from Beijing named Yige (Kyla) Li.

“Our international students bring such richness to campus in their experiences and their diversity,” says Bondurant.  “I wanted to get to know more about some of them on a more personal level and I wanted my children to learn from the exposure to different cultures and ways of life.”  Bondurant has three children, ages 14, 12, and 7—and she and her husband live on 48-acres near Auxvasse.

Kyla has joined the Bondurants for dinners, holidays, a few days over Christmas, and even an outing to Jefferson City to explore the State Capitol.  During the year with Kyla, Bondurant has taken her to Walgreens when she was ill and needed medicine, driven her to the airport when she needed a ride, given her home cooked meals, and checked in on her from time to time.

The Bondurant family has had time with Kyla to learn about the traditions of her home country and Kyla and four other international students were a great success at the elementary school of Bondurant’s daughter when they came to the first grade class to talk about different holiday traditions in their countries.

“Kyla calls us her Westminster family, and I know she has left an impression on my kids,” says Bondurant.  “She is a great role model, regardless where she is from, plus she brought us a look at life on the other side of the world.”

With its approach to global leadership, no words could better describe Westminster College, a college that prides itself on providing educational experiences that give its students “a look at life on the other side of the world.”