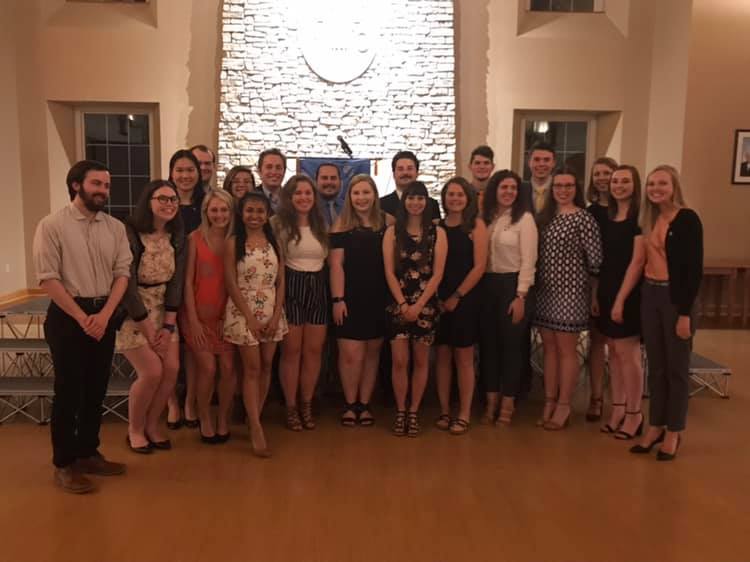 Members of the Missouri Delta Chapter of Alpha Chi gathered for the 63rd Annual College Honors Dinner on April 30 at Westminster College to recognize new inductees and special faculty members. Also present at the dinner were freshmen and sophomores who show early academic achievement.

The evening began with a series of short talks. A special welcome was given by Missouri Delta Chapter President Jamey Lemon ‘19. Kiva Nice-Webb, Chaplain and Director of the Center for Faith and Service, conducted the invocation. Dr. David Jones, Professor of Psychology and Faculty Sponsor of the Missouri Delta Chapter, provided opening remarks.

Next, new Alpha Chi members received their official Alpha Chi pins, and Lemon read a faculty mentor-written tribute to each student. Faculty members Dr. Jeff Mayne and Professor Emerita Dr. Linda Aulgur were recognized during the dinner for their long-time service to the students of Westminster College. Mayne was recognized as Alpha Chi Faculty Member of the Year by the chapter. 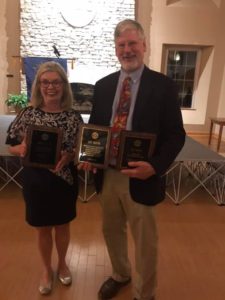 Emily (Powell) Pilkington ’06 of Columbia, MO, delivered the evening’s keynote address, which focused on the true meaning of “paradox” and how a Westminster education prepares students to deal with the realities of adversity in day-to-day life. 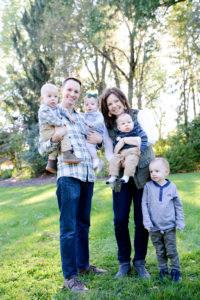 Pilkington is the mother of four children under the age of three, which includes a set of triplets. After the triplets were born eight weeks early and one was diagnosed with cerebral palsy, Pilkington took a step back from teaching at Paxton Keely Elementary in Columbia to focus on raising her children. She currently writes curriculum for The Crossing in Columbia.

“I hope the incredible potential present in this room is realized,” said the native of Palmyra, MO, addressing the Alpha Chi honorees. “But I hope you experience far more than that. I hope that someday in a way that might be big or small … that in between the accolades and achievements that you’ll know the messy, hard but important work of losing your life to find it.”

Founded in 1922, Alpha Chi is a national honor society for undergraduate juniors and seniors in all academic disciplines. The top 10 percent of Westminster seniors and top 5 percent of juniors are eligible for membership in the Missouri Delta Chapter of Alpha Chi. This chapter is a 17-time winner of Alpha Chi’s Star Chapter Award as one of the nation’s most outstanding chapters.

Following the dinner, new Alpha Chi members were officially inducted into the honorary society during Commencement Weekend at the 45th Annual Induction Ceremony on May 11. Read more about that ceremony here.