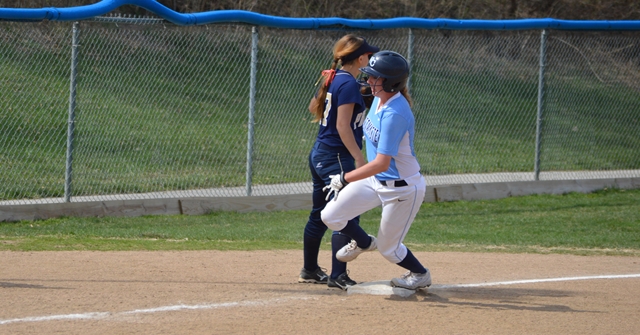 The Gorloks put up their two runs of game one in the bottom of the third with two RBI singles. The Blue Jays were held to just three hits. Freshman Bri Peterson went 2-3 from the plate. Senior Brittany Lee picked up the other hit after going 1-3 from the plate. Lee (8-13) was credited with the loss after pitching the complete game and striking out eight.

The Blue Jays started game two with a RBI single by Harris in the top of the first to score Peterson. The game stayed 1-0 until the Blue Jays scored on a sacrifice fly to center field in the sixth inning.

The Blue Jays scored two security runs in the seventh with a two RBI single by freshman Allison Biggs scoring Peterson and freshman Alyson Hahn. The Blue Jays held the Gorloks from scoring in the bottom of the seventh, ending game two with a 4-0 shutout win.

The Blue Jays close out their conference regular season play on Saturday, April 19 with a doubleheader at MacMurray College. First pitch is at 1:00 p.m.