Softball Season Comes To An End In SLIAC Tournament 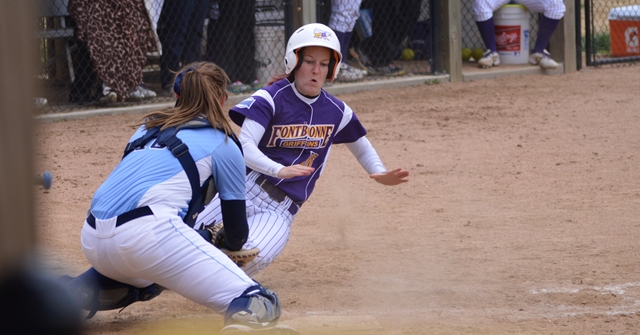 The Blue Jays were held to four hits in game one against Fontbonne. Freshman Bri Peterson went 2-3 from the plate. Senior Brittany Lee (9-14) pitched the complete game and struck out four.

The Blue Jays then faced Greenville in the first elimination game of the Tournament. Freshman Allison Biggs started the game off with a two run homerun to score Peterson.

Greenville scored one in the bottom of the first and two in the second to take the 3-2 lead, and they put up four more runs in the sixth. The Blue Jays were held from scoring again, ending the game with a 7-2 loss and eliminating them from the Tournament.

The Blue Jays were held to just three hits. Lee (9-15) was credited with the loss after pitching the complete game.

The Blue Jays end their season with a 14-22 record and graduate four seniors.