Softball Falls In Both To Undefeated Fontbonne 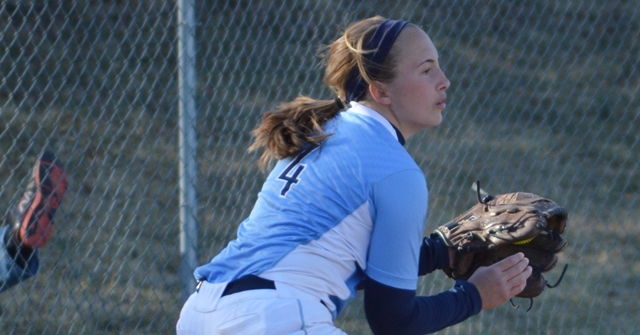 The Westminster softball team dropped two to Fontbonne University on Wednesday. The Westminster Blue Jays were short gamed in the fifth inning of game one, 12-0, and fell in game two, 11-2, in the sixth inning. The Blue Jays are now 6-6 in conference play and 9-13 overall, while Fontbonne improved to a perfect 10-0 in conference play and 22-4 overall.

Fontbonne put up three runs in the first inning of game one, followed by a grand slam in the second inning. They added one more run in the second and four more in the third to take the 12-0 lead. The next two innings were scoreless, and Fontbonne won the game 12-0 after the fifth. The Blue Jays were held to five hits on the game.

Senior Brittany Lee was credited with the loss after pitching the first two innings. Freshman Alyson Hahn came in as the relief pitcher and pitched the final three innings. She struck out four after facing 14 batters. Freshman Bri Peterson went 2-3 from the plate and had four putouts. Freshman catcher Alyssa Johnson also had four putouts.

The Blue Jays put a run on the board in the bottom of the first to tie the second game up, 1-1. Senior Becca Rose singled, and freshman Allison Biggs stepped up to the plate and cracked a double, scoring Rose.

Fontbonne grabbed three runs in the third and added seven more in the next three innings to take the 11-1 lead.

Biggs led-off the bottom of the sixth with her second homerun of the season. The Blue Jays were unable to score again, ending the game with an 11-2 loss.

Lee was credited with the loss after pitching the complete game. Biggs went 2-3 from the plate, scoring once and earning two RBI. Senior Rai’an Harris finished the game with six putouts.

The Blue Jays travel to St. Louis, Missouri for their make-up game with Washington University-St. Louis on Friday, April 11. The game statistics will be live here: http://bearsports-livestats.wustl.edu/Softball/xlive.htm. Game one begins at 4:00 p.m.