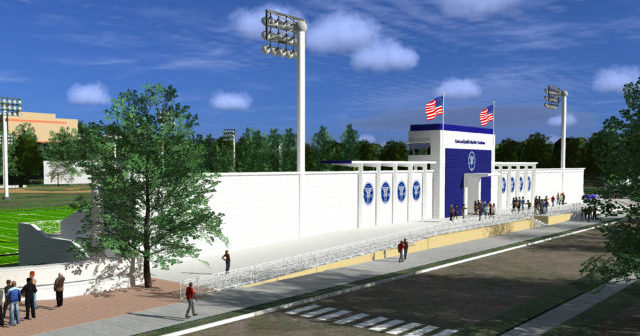 For a week the Westminster community has been buzzing about the “Big News” to be announced March 13. All the campus was told was to show up at the Historic Gymnasium at noon on because “Something’s Stirring in the Blue Jay Nation.”

Once there, Westminster College students learned from alumnus Kent Mueller ’62 ΣΑΕ, from Paradise Valley, Arizona, via Skype of the generous gift he and his wife Judy are making so the dream of a new Westminster athletic stadium can become a reality.

The Muellers, whose philanthropy made possible the Mueller Leadership Hall and Mueller Student Center on campus, wanted Westminster students to be the first to know of their $3 million gift at a special, surprise campus luncheon.

“Judy and I have been blessed in life, and one of our greatest joys has been to help give Westminster students the best academic experience possible,” says Mueller. “Westminster gave me the knowledge, tools, and drive to enthusiastically pursue everything I needed to be successful in my personal and professional life, and I want to give back so future generations of our students can receive the same excellent education I received here.”

Mueller was introduced by Westminster President Fletch Lamkin to the student body.

In his remarks, Mueller explained to the students that Phase I of the project, which includes turf, scoreboard and lights, will be completed in time for the 2018 fall Blue Jay football season.

The rest of the contribution will fund other athletic facility enhancements in Phase III.

Only three months into his presidency at Westminster, President Lamkin has unveiled a strategic vision for the College and taken a giant step in moving that vision forward.

“On behalf of the entire Westminster community, I want to thank Kent and Judy Mueller for their strong support of our students, programs and facilities,” says President Lamkin. “The Muellers were leaders during my first tenure as President of Westminster with their transformational gifts to make this a beautiful campus, and now they are stepping up to the plate once more to provide the quality athletic facilities our student-athletes deserve. This is great news for our students and prospective students.”

President Lamkin declared this is the first of many exciting announcements to come in the months ahead as he leads Westminster into a new era of success. #westMOvement

Mueller, a member of the Westminster Board of Trustees, is one of the early software industry pioneers in the personal computer industry and founded Mastersoft, Inc., which became the industry leader in document conversion technology.

The company was sold to Adobe Systems in 1995.

Today he is President and CEO of Kent Mueller Ventures, a private equity firm he founded. 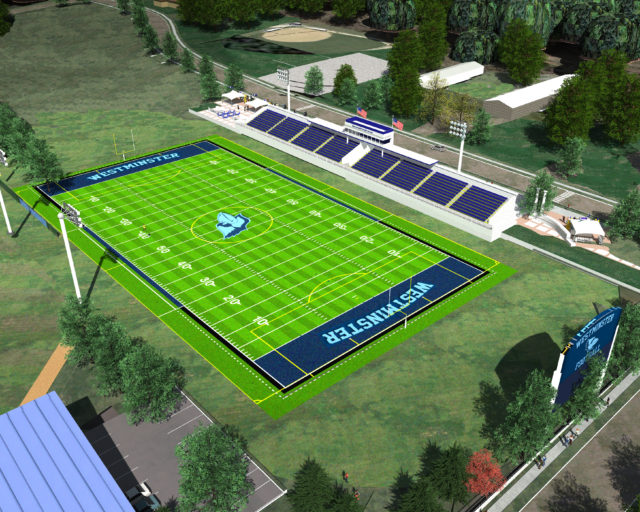