Men’s Soccer Knocked Out By Loras 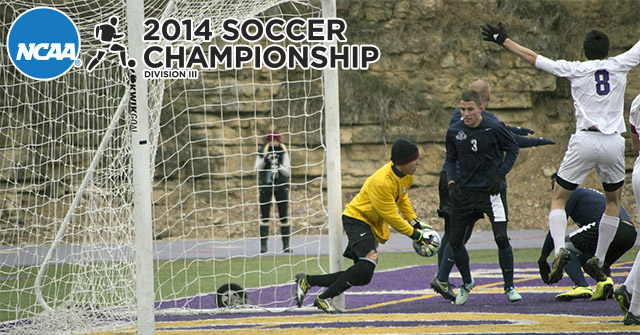 The Westminster men’s soccer team was knocked out of the NCAA Tournament by Loras College once again on Saturday, November 11. The Loras Duhawks will advance to the second round of the tournament with the 2-0 win.

The Westminster Blue Jays and Duhawks remained knotted at 0-0 after the first 45 minutes of play. Westminster’s goalkeeper Raul Belman Romero had six saves throughout the first half, while the Blue Jays got off one shot on goal.

Loras pushed past the Blue Jay defense in the 66th minute to put one on the board. The Blue Jays followed the goal with six shots, but Loras blocked four of the shots, one shot hit the crossbar, and the other went wide.

In the 74th minute Loras placed the ball into the low left corner of the net to take the 2-0 lead.

The Duhawks fired off another shot in the 81st minute, but the Blue Jays were able to get the save. In the 88th minute Belman Romero grabbed his 11th save of the game to keep the score at 2-0.

The Blue Jays were unable to get another shot off, ending the game with a 2-0 loss.

The Blue Jays took 10 shots, including one shot on goal. Belman Romero (11-8-1) finished the 90 minutes in goal with 11 saves. The team had two saves.

The loss ends the Blue Jay’s season in the first round of the NCAA Tournament with an 11-8-1 overall record.