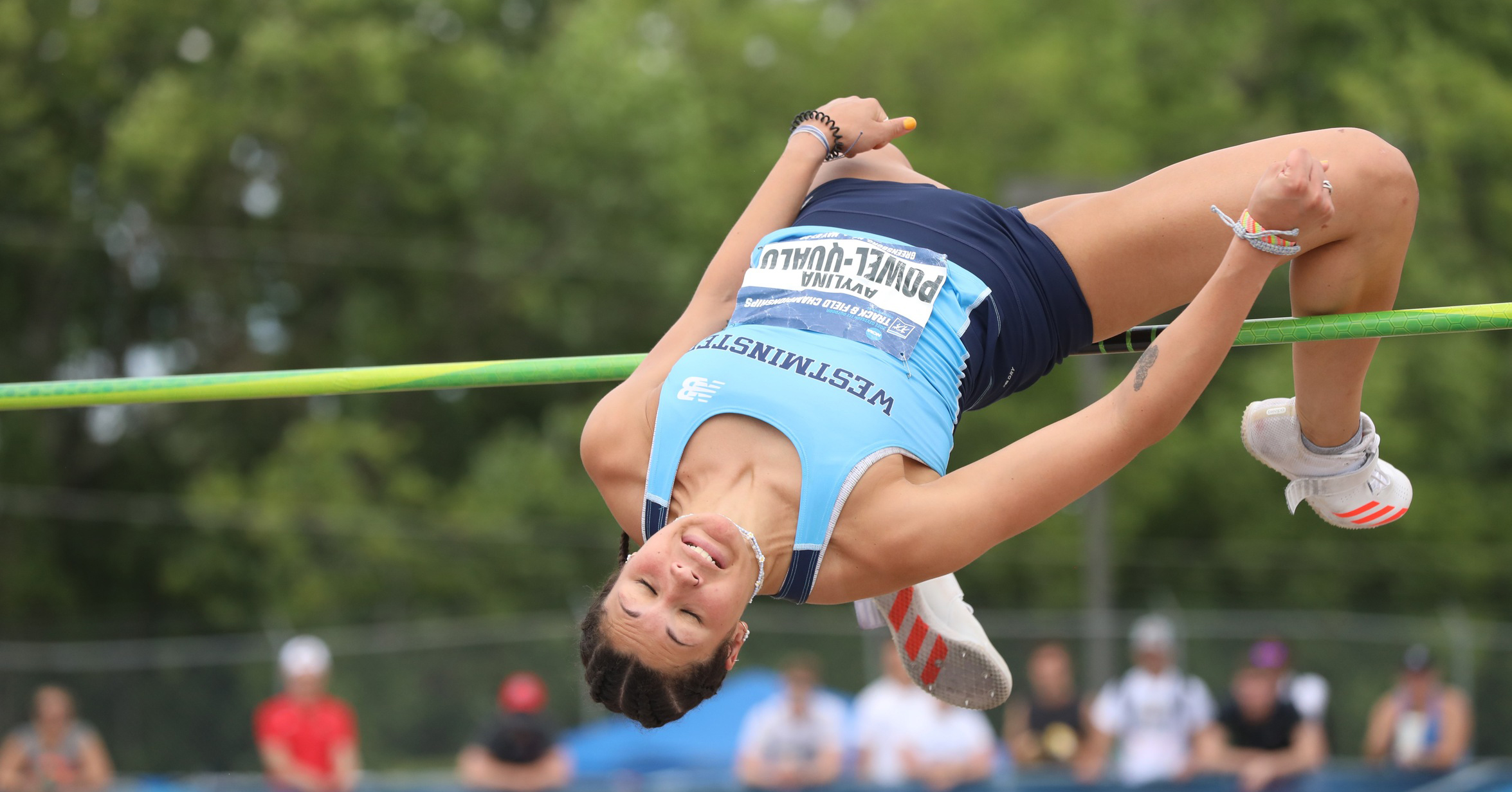 Powell-Qualo got going right from the start. Her first attempt was at 1.56 meters, and she easily cleared the bar. Her next jump was at the 1.61 meter mark, and she was unsuccessful on her first attempt. The next attempt was successful and sent her on to the next round. This time at 1.64 meters, she would again contact the bar on her first attempt but clear it on her second. Next came 1.67 meters. Powell-Qualo would run into trouble at this height. She was unsuccessful in her three attempts and ended her day in a four-way tie for ninth place. She would lose ninth- and 10th-place tie breakers due to more misses at the previous heights than Emma Klosterman from Otterbein University and Taiah Gallisath of North Central College. Sharde Johnson from Colby College cleared 1.76 meters to win the national championship.

“The experience she gained in her first ever national championship meet will be invaluable going forward for Avylina,” said Head Coach Will Crocker. “I am excited for the future for her and our entire team. We can’t wait to get normal athletic seasons next year that will allow her to practice and compete more after her basketball season gets over. I am very proud of her. She worked very hard in a short period of time to get here where no other Blue Jay has been.”

Powell-Qualo is a SLIAC Tournament Championship winner, was Second Team All Conference, and was on the SLIAC All Defensive Team in women’s basketball. She won three meets this season, set the Westminster College outdoor high jump record with a 1.70 meter jump at the Truman State Twilight Meet, won a SLIAC Championship, and then recorded an 11th place national finish. That is a great year by anyone’s standards. We all can’t wait to see what Powell-Qualo does for an encore in 2021-2022!

Continue reading about Powell-Qualo on the Athletic Department website.