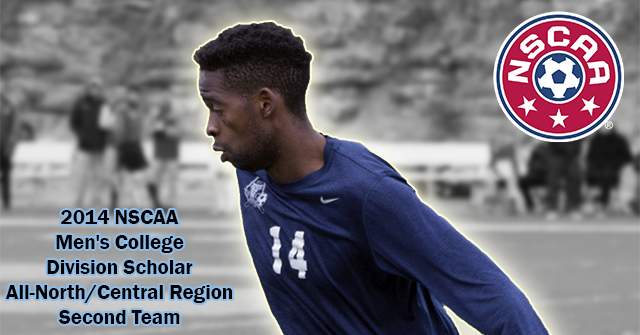 Dlamini, a senior defender from Simunye, Swaziland, will graduate with a degree in international business and finance. Dlamini helped guide the Blue Jays to their second consecutive NCAA Division III National Tournament appearance, earning First Team All-Conference honors. Westminster finished the 2014 season with an 11-8-1 overall record and a 7-1-1 mark in the SLIAC, capturing their second consecutive SLIAC Tournament title.

The NSCAA is the world’s largest soccer coaches’ organization that serves members at every level of the game. The NSCAA works every day to inspire coaches and ignite their passion for the game so they pass it on to players and others in the soccer community.