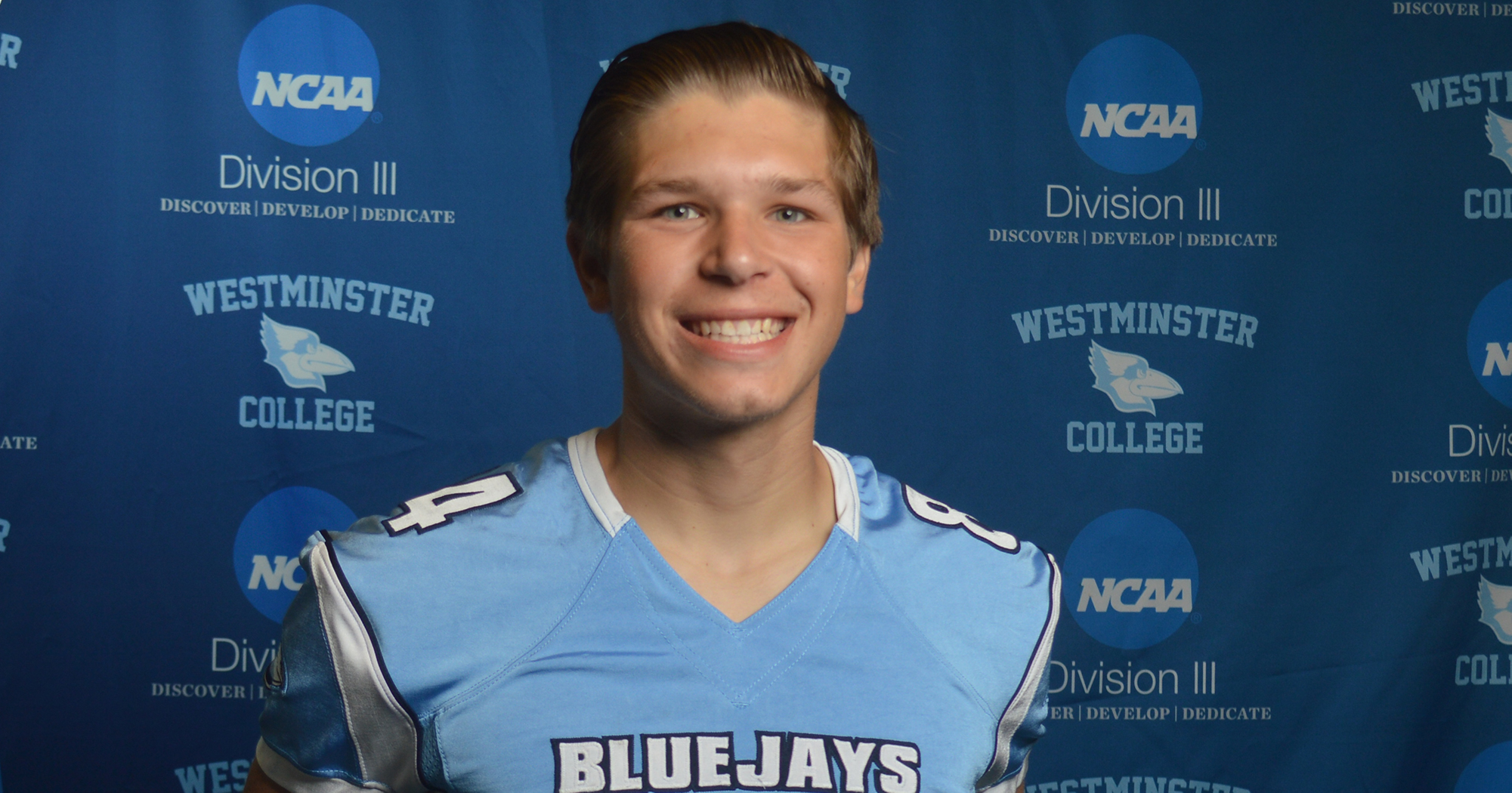 By Riley Driscoll and Sarah Backer

Just before halftime in last Saturday’s football game, Westminster kicker Tim Branneky, ’23 ΚΑ, drilled a 58-yard field goal to give the Blue Jays a 6-0 lead over the University of Minnesota, Morris.

Brannkey broke both a Westminster and conference record with the longest field goal in Division III this season. He also made a 45-yard field goal, which is the second longest in school history behind his 58-yard kick. His two field goals helped the Blue Jays to a 17-14 win over the Cougars.

A business administration major from St. Louis, MO, Brannkey’s performance earned him recognition as the Upper Midwest Athletic Conference (UMAC) Special Teams Player of the Week and a spot the D3Football.com Team of the Week.

“I’ve been working for the opportunity for that chance,” Branneky says. “To make the most of the moment meant the world to me.”

Branneky belongs to a legacy of Westminster alumni sports champions. His brothers Tyler, ’16 ΚΑ, and Tanner, ’17 ΚΑ, both are Blue Jays Baseball record holders and D3 Players of the Year. Their father, Timothy, ’89 ΚΑ, also is a proud Westminster graduate. Brannkey decided to join the legacy after his freshman year at a larger college in the Midwest.

“I wasn’t really given lots of chances to perform where I was,” Branneky reflects. “Knowing a lot about Westminster from my family and some friends, they encouraged me to tour the campus, and when I did, it just had a different feeling — in a good way.”

Westminster is glad you made the switch, Tim! And we can’t wait for this weekend’s home game and Blue Jays Football seasons to come.