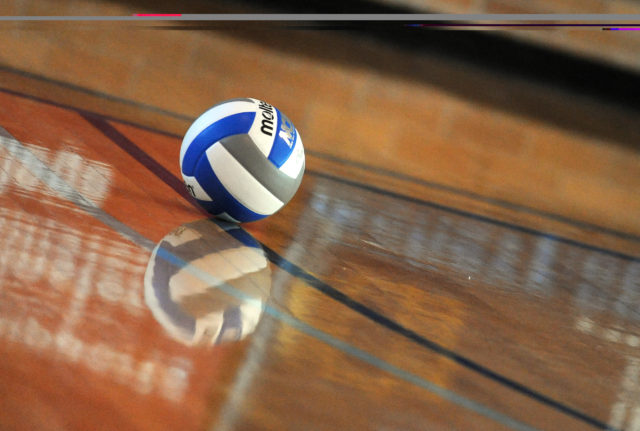 Fulton, Mo. – Westminster College Head Coach, Curtis Madson, is excited to announce the latest additions to the Blue Jays Roster.   The 2013 recruiting class will include nine freshmen, all from the state of Missouri.  “This class will provide much needed depth to our roster, as well as having some players with the ability to make an impact from day one,” said Madson.

With the addition of these players to what we currently have in place, it leaves me very optimistic about what we can achieve next season.

Brianna Becker is a 5-4 setter from Ballwin, Mo.  Becker attended Marquette High School, where she was named 2011 and 2012 first team all-district, as well as 2012 first team all-conference and 2011 second team all-conference.  Becker set single season records in 2012 at Marquette High School in assists and kill efficiency.  She played club volleyball for Rockwood Thunder Volleyball Club and was teammates with 2013 recruit Kelsey Pecaut. “Brianna has above average decision making skills as a setter, which gets her hitters good matchups,” said Madson. “If she can continue to carry that through her collegiate career, she has the potential to do very well at this level.”

Cassi Diya is a 5-7 outside hitter/defensive specialist from Columbia, Mo.  Diya attended Christian Fellowship School where she played four years for the Knights.  In 2012, Diya was won the Best Offensive Player Award for the Knights.  She was named captain for the 2011 and 2012 seasons.  “Cassi has a good nose for the ball; she is a very hard worker on the court. I am looking for that high motor type of play from Cassi,” said Madson.

Mallory Hubbard is a 5-8 outside hitter from Webster Groves, Mo.  Hubbard attended Webster Groves High School where she earned all-conference honors twice.  Hubbard played her 8th season with the St. Louis Powerhitters Volleyball Club.  “Mallory has the potential to have an immediate impact on our line-up,” Madson stated. “She possesses very good ball control, and the ability to put the ball away.”

Amanda Kiso is a 6-2 middle hitter from Jefferson City, Mo.  Kiso attended Blair Oaks High School where she led her team in blocking in 2012, as well as finishing second in hitting percentage for the season.  Kiso played club for CAVBC.  “Amanda will add much needed height and versatility to our roster,” said Madson. “Amanda has the ability to be a game changer for us, she is a very active middle as well as she has the ability to move along the net well. We will need to polish a few things, but all the pieces are there for Amanda to succeed from day one.”

Gabrielle LaRose is a 5-8 opposite/setter from O’Fallon, Mo. LaRose attended Fort Zumwalt West High School where she was a three-times Team MVP and a two-time team captain.  LaRose played club for Team Elite Saint Louis Club 18-Black this past season.  “Gabrielle is a very versatile player, and can come in and fill multiple roles for us this season,” said Madson.  “Her ability to be a viable option as an attacker and a setter will help to add much needed depth at both positions.”

Riley Lawrence is a 5-10 middle hitter from St. Louis, Mo.  Lawrence attended Villa Duchesne High School where she had a very successful four year career capped with being named second team all-state in 2012.  She was named the MVP of the district games in 2011 and 2012, and was given the all-metro award in 2011.  Lawrence played club for Team Elite Saint Louis Volleyball Club 18-Red and was teammates with 2013 recruit Kayla Reeg.  “Riley is probably the most all-around player we have in this class,” Madson stated. “She has the ability to play outside, opposite, as well as middle, and play them all well. Riley is another player that we will look for contributions from right from the start, just because she has the ability to fill any need that may come up, I am very excited about the possibilities for her here at Westminster.”

Danielle Lorenscheit is a 5-5 defensive specialist from St. Peters, Mo.  Lorenscheit attended Francis Howell Central High School.  She was named second team all-district, as well as team captain in 2012.  Her 2012 team was ranked 12th in the area.  She played club for the St. Charles Stars Volleyball Club.  “Danielle is a gamer; she is a very hard working blue-collar type athlete,” said Madson.  “She isn’t afraid to get on the floor and get after a ball and that type of hustle and determination just can’t be taught.  I look for her to bring that dynamic to the team, and hopefully it can rub off on everyone.”

Kelsey Pecaut is a 5-6 outside hitter/defensive specialist from New Haven High School.  Pecaut attended New Haven High School where she was a three-time all-state, all-region, and all-conference selection. She was named to the all-district team twice.  Pecaut played club for Rockwood Thunder Volleyball Club, and was teammates with 2013 recruit Brianna Becker.  “Kelsey is an outside that has great ball control, as well as a hard worker at the pin,” said Madson.  “She also has a very solid serve; she drives the ball well from the end line.”

Kayla Reeg is a 5-8 setter from St. Louis, Mo.  Reeg attended Oakville High School where she was named second team all-district as well as second team all-conference.  She won her team’s Assist Award in 2011 and 2012, as well as the team’s Most Improved Award in 2010.  Reeg played club for Team Elite Saint Louis Volleyball Club 18-Red with 2013 recruit Riley Lawrence.  “Kayla is a great all-around setter,” Madson stated. “She has good ball placement, with solid decision making.  She also puts up a very solid block, and plays good defense.  If she continues to work hard and fine tune her game, she can have a great career here at Westminster.”

The Westminster College Blue Jays will return to the court on August 25 at Washington University (Mo.) for a scrimmage date, and open their regular season on August 30 at Augustana College (Rock Island, Ill.).  Their home opener is set for September 11 at 7:00 pm on Henry P. Iba Court against Illinois College.