A Cinderella Story for the Blue Jays, Advancing to NCAA DIII Sweet 16 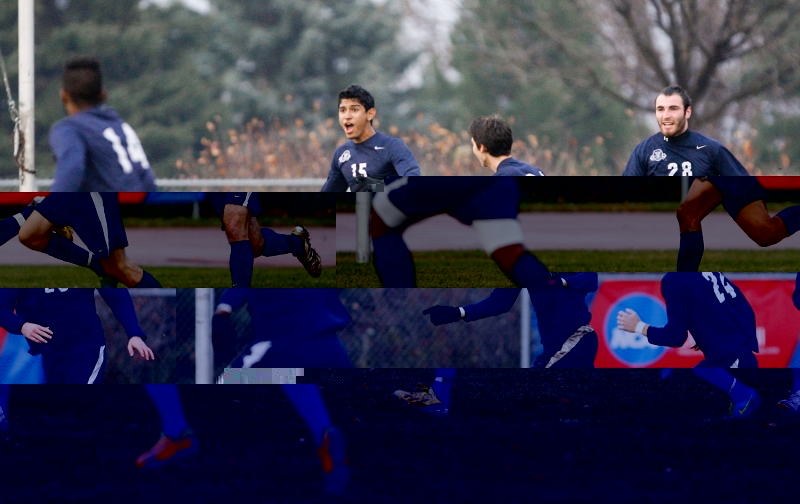 Junior Mitch Stewart scored the lone goal of the game with the assists by freshman Drew Cook and sophomore Samuel Lopez in the 25th minute.

“It was an unbelievable goal by Mitch Stewart,” stated first year Head Coach Andrew Bordelon. “We were unfortunate to not score a couple more goals.”

The Blue Jays took seven shots total with just one shot and no shots on goal in the second half.

“I thought we had a very good first half and then were able to withstand some of their pressure in the second with very disciplined defending,” commented Coach Bordelon.

Freshman keeper Raul Belman Romero (11-5) faced seven shots on goal by Gustavus, six from the second half. Belman Romero recorded his 4th shutout for the season.

“It was one of the most exciting games ever. I can’t describe that feeling when we are playing the host team and hearing all their fans yelling,” said keeper Raul Belman Romero when asked how he felt about the win. “It was amazing how every teammate fought for every ball with pride. We are getting stronger every game so we’ll keep working hard with short steps by a long vision.”

The Blue Jays shut out Carleton College 1-0 on Saturday afternoon to place them to the second round of the NCAA Tournament.

The Blue Jays will face Loras College in the Sweet 16 Round of the Tournament. The date, time and location are TBD.