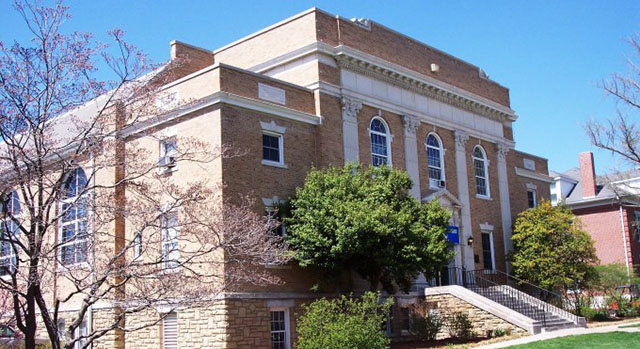 Five new honorees will be inducted into the Westminster Athletics Hall of Fame during a weekend of recognition activities October 7-8 in conjunction with Homecoming.

Gary Hoemann ’77 of St. Louis, MO; Jim McEwen of New Bloomfield, MO; John Squires ’99 of Castle Pines, CO; Logan Stanley ’00 from Joplin, MO; and Casey (Lionberger) Zastrow ’02 from Washington, MO; will all be honored. Stanley is being recognized for football; Hoemann for basketball; Squires for football and basketball; Zastrow for basketball and volleyball; and McEwen as Director of Athletics and head coach for men’s basketball.

A dinner and awards ceremony will be held Friday evening at 6:30 p.m. in the Marsh/Jones Room of the Mueller Leadership Hall with Senior Director of Athletic Advancement and Men’s Basketball Coach Matt Mitchell as emcee.  The next day the honorees will enjoy a tailgate celebration at the football field and then will be introduced to the crowd during the half time of the Homecoming football game.

The Westminster College Athletics Hall of Fame, originally established in 1998 as the Intercollegiate Athletic Who’s Who, was designed to recognize those individuals who have excelled in athletics and/or made significant contributions for their sports. Individuals selected have not only left a mark in the Blue Jay record book but gone on to achieve success in life, while making contributions to the success and reputation of Westminster College. 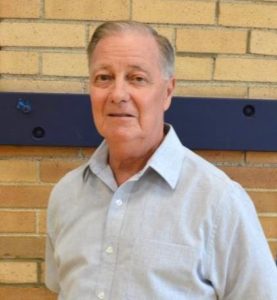 “My wife and I, along with our year-old son, arrived in Fulton in 1973 to teach in the public school system,” McEwen recalls. “I watched and learned about Westminster and the positive and powerful atmosphere of the campus.  When I joined the staff, I soon found out it was everything I expected and much more.”

McEwen came to Westminster in 1984 and served as Director of Athletics, men’s basketball coach, and assistant professor of physical education until 1998.  His coaching record was 188-199.

He was one of the original group who founded the St. Louis Intercollegiate Athletic Conference (SLIAC).

McEwen’s favorite memory of Westminster is the students, faculty, staff, and townspeople who “all created friendships” and the person who most influenced him at Westminster was Coach Dick Ault, who gave him daily advice and became his mentor. 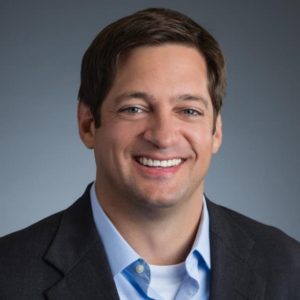 “I am greatly honored by this recognition,” says Squires. “Westminster was a great experience where I learned a lot about myself and made a lot of really good friends.”

In Westminster football history Squires is 2nd all time in receptions, receiving touchdowns and receiving yards. He made first team all-conference honors in 1997, 1998 and 1999 and was second team all-conference in 1996. He is also 10th highest in career rebounds throughout the history of the men’s basketball program.

“One vivid memory I have from Westminster basketball is nearly getting lst on the way to Webster University in Coach Mitchell’s first year,” says Squires. “We were driving to all these different schools in oversized vans before the age of google maps and just trying to follow directions as best we could.”

Squires is the Global Accounts Manager and Head of Account Management, Americas at UL Information & Insights.

He lives in Castle Pines, CO with his wife Katie, who is a graduate of William Woods University, and the couple have three children: Emma Kate, Graham, and Audrey. “I am deeply grateful for this honor,” says Stanley. “At Westminster I was able to play a game I love, and as a team, enjoyed great success. I cultivated wonderful relationships and friendships that will last me a lifetime. The impact that my teammates had on my life is impossible to measure.  I will never be able to properly thank them enough or repay them.”

During his years at Westminster he was also a member of Skulls of Seven and Beta Theta Pi fraternity and was involved in Student Government and Student Foundation.

Stanley is a financial advisor for Edward Jones.

One of his most valuable learning experiences at Westminster was being a member of the Blue Blazers Investment Committee.  He says it “allowed me to build a foundation of understanding investments” and “paved the way for me to pursue a career as a financial advisor.”

He met his wife Emily Reid at Westminster.  The couple has two daughters, Reid and Marianne. 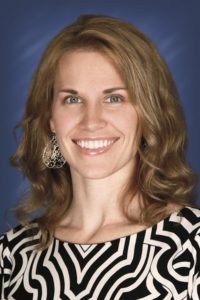 “I am greatly honored by this recognition,” says Zastrow. “All my time at Westminster was memorable, but most of all, the friendships made on and off the court were the best.”

Zastrow is an American Family Insurance agent in Washington.

She says she was greatly influenced by Coach Melinda Wrye-Washington who was “the driving force behind me attending Westminster” and encouraged her to play basketball and volleyball.

Her favorite memory of Westminster is coming out on the floor for the start of a basketball game with her sister and surprising her mother that the two were playing together.

Zastrow met her husband Josh at Westminster.  The couple has two children, Olivia and Owen.

“I am extremely honored by this recognition,” says Hoemann. “I learned how to lead and coach others on the basketball court in a quiet and effective way that helped me tremendously in my business career.”

Hoemann is a retired partner from one of the largest accounting firms in the world, KPMG LLP.

A member of the Delta Tau Delta fraternity, Hoemann first met his wife Jami at William Woods College in 1973, a few days before classes started. The couple dated all four years and was married in 1977.  They have been together 43 years and have a daughter Jessica and a son Samuel.

He says he was greatly influenced by an outstanding basketball player who came before him and was his accounting professor in school, Ken Rueter, Class of 1972, from Batesville, AR.

Westminster College congratulates these inductees on their new honor.