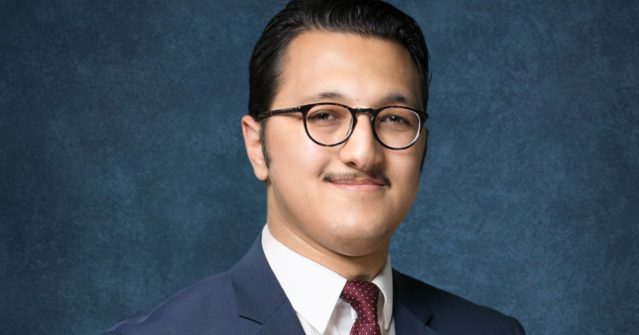 Ayush Manandhar ’17 of Kathmandu, Nepal can’t wait for August, when he will start the next chapter of his life as a graduate student in the Public Policy program at Georgetown University.

His parents, Dr. Prabin Manandhar and Ms. Arati Manandhar, instilled the importance of public service in him at a young age. His father worked in the international development sector. Also, growing up in a country embroiled in civil war prompted the desire to address the issues of poverty and economic inequality. He remembers as a child being more interested in the news than cartoons.

When it came time to look for colleges, Ayush started searching on the web for schools with global studies programs and found Westminster among them.  He sent an email to Dr. Kurt Jefferson, who responded with news that Pat Kirby would be visiting Nepal in a couple of weeks. Pat took Ayush to lunch on his visit, and the seeds were sown for Ayush to become a Blue Jay. He laughingly says he came to Westminster as a result of the “Jefferson-Kirby tag team.”

Ayush found Westminster to be everything he hoped it would be. He liked the liberal arts experience, gaining knowledge not just in his field of study but in all the academic disciplines. The small class sizes allowed him to be inquisitive, asking lots of questions and taking part in in-depth discussions. He appreciated the rigor of the classes and the large amount of reading required. He describes finals weeks as “going to war,” but having “strong shields for battle” because the professors prepare you so well.

“Professors at Westminster have high standards and expectations,” he says. Two of his favorite courses were Global Inequality with Professor Jeremy Straughn and Politics in Developing Nations with Professor Kali Wright-Smith.

He also recognizes how valuable Dr. Heidi Levine’s expository writing class was when he began writing all the essays and filling out all the applications for graduate schools.

Another aspect of Westminster he greatly appreciates is all the opportunities available to become involved in clubs, organizations, and student government outside of class. “I learned how to build skills for life at Westminster,” he says. He credits his professors with playing significant roles in that personal development. “Our teachers are not just extremely knowledgeable at Westminster, but great human beings as well. They look at themselves as our guardians and treat us as if we were their own kids.”

Ayush enjoyed Westminster so much that he decided to stay a year after graduation to serve as the Fellow of Intercultural Engagement. Having this extra time really allowed him to prepare for successful entry into a graduate school program.

Both Westminster College Chaplain Jamie Haskins and College Coordinator of Community Engagement Kiva Nice-Webb were extremely helpful and supportive as Ayush studied for the Graduate Record Examination. As a part of the application, Dr. Carolyn Perry wrote a strong recommendation letter for him. “Since Dr. Perry was Dean of Faculty, I did not have her in a class, but because Westminster is such a close-knit community, she knew me well and could speak about me in detail,” says Ayush. “That’s one of the beautiful things about a college community like Westminster.”

Ayush had spent the summer of 2016 as an intern at the Nepalese Embassy, so he felt comfortable returning to Washington, D.C. from the onset. Other contributing factors in his final decision were that Washington, D.C. is the hub of public and foreign policy, and Georgetown has produced many highly successful leaders in public policy, such as former U.S. President Bill Clinton and U.S. Supreme Court Justice Antonin Scalia.

When he finishes graduate school, Ayush hopes to make significant contributions to reducing poverty and encouraging economic development globally. Anyone who knows him realizes whatever Ayush sets out to do, he achieves.