A Tale of Two New Legislators 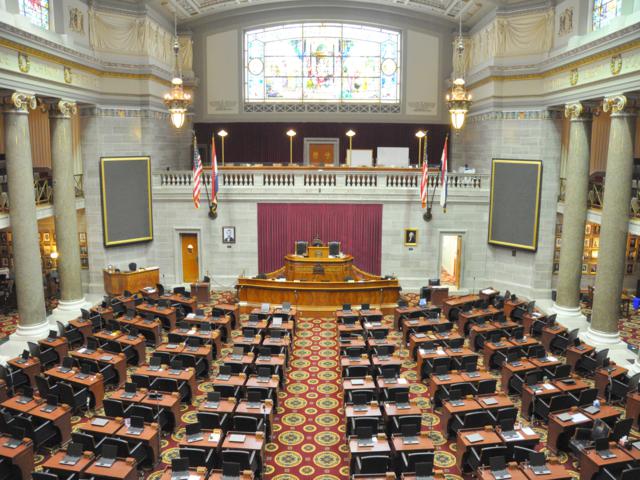 Two Westminster alumni.  Different generations.  Different political parties.  Different parts of the state.  And different experiences at Westminster.  Yet both are newly elected state legislators headed to the Missouri House of Representatives in January. 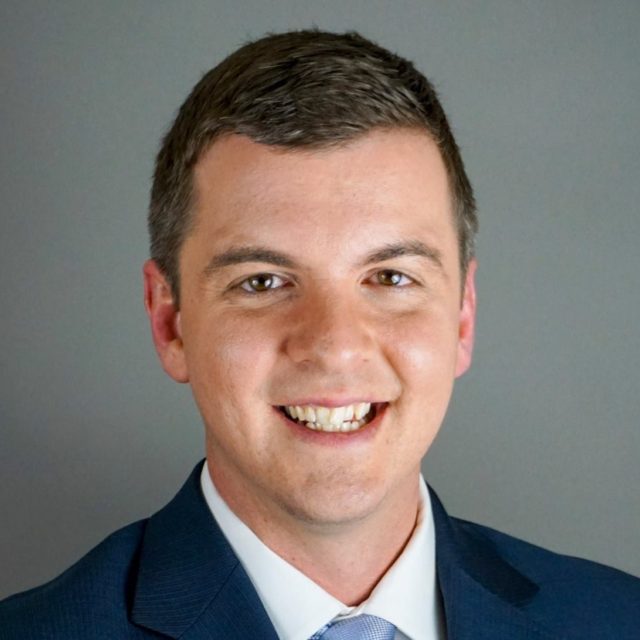 Ian Mackey ‘09 from St. Louis, MO, is the Democratic Party winner from Legislative District 87 in suburban St. Louis and will represent Clayton and parts of Ladue, University City, Richmond Heights, and Brentwood.  He won his election 12,457 (67%) to 5,952 (32%).  Ian works as an attorney for the civil litigation firm of Rynearson, Suess. Schnurbusch, and Champion and is married to Stephen Eisele.  The couple intend to start a family soon through adoption.

Growing up in the small Ozark town of Urbana in southwest Missouri, the son of two teachers, Ian came to Westminster with the goal of becoming a teacher himself and majored in early childhood education.  At Westminster he was SGA Treasurer and involved with the Young Democrats, The Alati, Sublime Harmony men’s vocal ensemble, Phone-A-Thon, and the Little Brother/Little Sister program.

He also served as President of the Young Democrats of Missouri, interned for the Missouri Secretary of State Robin Carnahan, and served as campaign manager for Jim Volmert, who was running for the state legislature in Lincoln County.

Today he is on the vestry of the Church of St. Michael and St. George, a member and volunteer for Planned Parenthood, the NAACP, and the Hadley County Democrats.

Ian believes the conversations and debates he had with peers and professors prepared him immensely to be successful in his campaign and know what is expected of him now in public office. “I recommend Westminster every chance I get,” Ian says.  “My experience at Westminster was comfortable, but not too comfortable.  It was challenging, but not overwhelming.  It was exactly what college should be.  It was full of opportunities that brought me where I am today.” 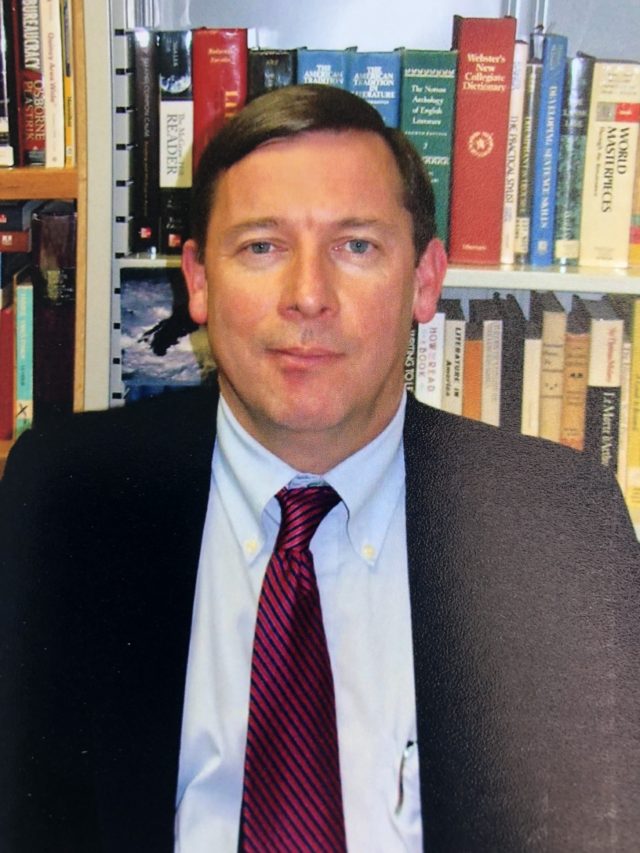 Louis Riggs ‘83 from Hannibal, MO, and a member of Delta Tau Delta fraternity is the Republican Party winner from Legislative District 5, which covers all of Marion and Selby counties and the northern portion of Monroe County.  He won with nearly 72% of the vote (10,186-3,983) after winning more than 50% of the vote in a four-way primary.  Louis is currently an associate professor of English/pre-law advisor, and standard Pathway system coordinator at Hannibal LaGrange University and a part-time attorney.  He and his wife, Anne, have two children,  Meredith (25) and Thomas (21), and he holds a law degree from the University of Missouri-Columbia.

While at Westminster, Louis was a member of the Honors Commission (Chair), a member of the Publications Board, and a staff member of The Columns all four years of school and wrote a personal column as a senior.  He was an SGA representative (Constitutional Revision Chair), participated in College Bowl for three years, and was a member of Phi Alpha Theta, ODK, and Who’s Who.  In his spare time, he played intramural sports and “spent several thousand hours playing Frisbee Ultimate” (he still plays when given the opportunity).

Today he is President of Missouri Community Betterment, a member of the board of directors for Missouri Rural Development Partnership, and a member of the Governor’s Working Group on Rural Broadband Access, Quincy Area Community Foundation, Marion County Endowment Committee, Tri-County Unmet Needs Committee, Northeast Missouri Development Partnership Legislative Committee, City of Hannibal Park Board, and the Chambers of Commerce in Hannibal, Palmyra, and Monroe City.  He is past Chair of the Missouri Humanities Council Board of Directors and a past member of the Missouri Travel Council.

His years at Westminster were certainly a major influence on Louis’s life.  “My Westminster education provided leadership opportunities across the spectrum, and we were encouraged to get involved in every aspect of campus life.  Our professors challenged us daily to improve in all facets of life and encouraged us to become lifelong learners and leaders.  The friends I made at Westminster remain my friends today.  We accomplished a lot and had a lot of fun in the process.”

What prompted you to run for the Legislature?

Mackey:  I decided to run for the legislature when I first visited my state representative in high school. I grew up in the Ozarks and though he and I disagreed on most issues, his respect for my opinions as a constituent with different beliefs and our productive dialogue over the years, inspired me to someday join the legislature. That time to run finally came when Rep. Stacey Newman reached her term-limit. I had managed Rep. Newman’s prior campaigns and through that had a solid understanding of our district and the type of representation we need in Jeff City.

Riggs:  My involvement in rural broadband access issues led to engagement in a number of other issues, including course access for students, telemedicine for seniors and the mentally ill, precision agriculture to improve our food supply, and entrepreneurship opportunities for young people to stay closer to home instead of heading to urban areas to start businesses and families.  My political involvement dates back to writing about City Hall for our junior high school newspaper and includes working in multiple Congressional district offices and in Washington, D.C. as well as working on too many campaigns to count.  The need to address the issues combined with prior knowledge of the legislative process made this a natural fit.

What issues did you run on?

Mackey:  I ran on lowering Missouri’s mandatory school age, which currently is 7 years old. After earning my degree from Westminster in early childhood education, I spent eight years teaching and recognize firsthand the importance of investing in early education. During my last four years of teaching I earned my law degree at night, and I’m now a practicing attorney. The second issue I ran on was criminal justice reform – specifically limiting cash bail. With these two issues at the top of the agenda I committed to being the pro-choice advocate this district’s expects and had in Rep. Newman. I also hope to find some bipartisan solutions to reducing gun violence in our state, and creative ways to protect our environment.

What do you think were the major factors leading to your win?

Mackey:  In addition to the issues I mentioned, voters in our district also wanted a representative that could work effectively with Republicans in Jeff City. I campaigned on the fact that I grew up in the Ozarks, that my family still lives in rural, Southern Missouri, and that I understand life outside the St. Louis metro bubble. I pledged to work outside the bubble and to help reach voters and other stakeholders in our region outside the bubble as well. I also was fortunate to have the endorsements of early supporters of this vision including incumbent Rep. Newman and several other legislators from around the state.

Riggs:  The major factors were hard work—I knocked on thousands of doors personally—and a positive message about the future of Missouri.

How did your experience at Westminster help prepare to you to run for office?

Mackey:  I had the opportunity to practice my campaign skills at Westminster by running for student government and serving as student body treasurer. Westminster also provided me the invaluable experience of routinely debating peers and professors on subjects that helped me form, critique, and refine my positions on a whole range of public policy. With the proximity to Jefferson City I also had the opportunity to spend my entire four years working in Jefferson City for Sec. of State Robin Carnahan, where I further developed my views on public policy and regularly interacted with legislators and other elected officials. I also had the opportunity my senior year to serve a delegate to the 2008 Democratic National Convention.

What are you looking forward to about serving?

Mackey:  I’m most looking forward to doing what I can to implement the policies on which I campaigned and learning along the way where else I can work with other leaders elected from their communities to do the same.

Riggs:  I’m looking forward to obtaining legislative results as a freshman.  With term limits, you have a maximum of eight years to accomplish what you set out to do.  Those who understand the process and are willing to do the work get results.  I’m also looking forward to getting to know the people of my district better to meet them at the level of their needs.

What are some of your first goals to achieve in public service?

Mackey:  My goals are to be effective, responsive, and principled. Effective in terms of working with those who see issues differently than me. Responsive to constituents who have ideas and concerns. And principled in terms of never forgetting why I was elected, and the accountability that I owe to those who sent me to work for them.

Riggs:  My first goal as a public servant will be to become the best legislator I can possibly be, making wise decisions that will create the greatest good for the greatest amount of people.  My second goal will be to help bring rural Missouri onto the same playing field as our friends in St. Louis, Kansas City, and Springfield.

The two new state representatives will officially begin their service when the First General Session of the 100th General Assembly convenes at noon on Jan. 9.  The gavel will come down for adjournment May 17.