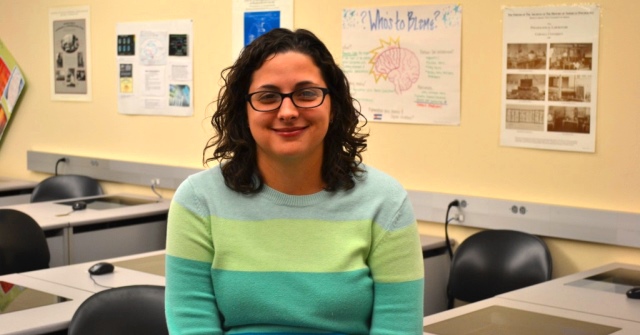 Alicia Pardee, a psychology resident at Fulton State Hospital, is an adjunct professor in psychology at Westminster.

During her graduate training, Pardee worked at a number of inpatient and outpatient mental health facilities, mainly focusing on the treatment of individuals with psychotic disorders such as schizophrenia. She then returned to mid-Missouri in August 2013 to complete her pre-doctoral internship in Clinical Psychology at Fulton State Hospital. Pardee is still currently working for the Fulton State Hospital where she is completing her postdoctoral residency. Shortly after accepting her current position at the hospital, Pardee was invited to teach at Westminster.

“I thought it was a great opportunity to share my passion for psychology with students at Westminster.” says Pardee. “I had a number of really great professors who really influenced my career path, so I’d like to pay that forward.”

Most psychology careers today require some sort of graduate training, and the graduate school application process can be tough. For students considering a career in psychology, Pardee’s greatest piece of advice is to prepare for it by doing well academically, especially in psychology courses.

Pardee also strongly recommends participating in psychological research. She believes students should get real world exposure in psychology careers. Not only to help them prepare for their future, but to make their applications stand out as well.

In the Spring 2015 semester, Pardee will teach “Forensic Psychology.”