From History to Women and Gender Studies, Dr. Brown Does It All 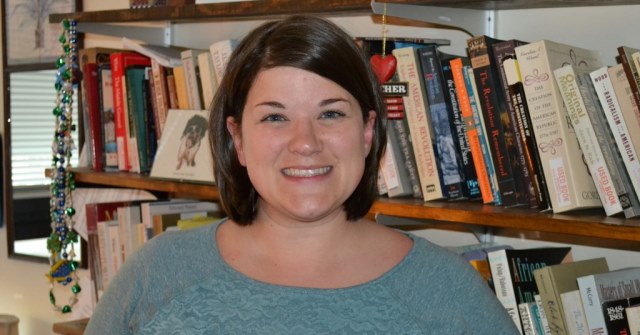 Dr. Cinnamon Brown came to Westminster in the fall of 2009, having completed her degree in History from the University of Tennessee.  She is known for courses on the Civil War and “scandalous women” in American history, and her courses in history and women and gender studies are always in demand.

“Dr. Brown does not limit her care to classroom instruction, but rather dedicates herself to the lives of her students,” says Meredith Bolen ’16. “She wants to be there for her students and work with them while they are gaining their education.”

Dr. Brown is one of the most active and recognized faculty members on campus. Her awards include the Remley Women’s Center Award for Exceptional Faculty, Alpha Chi’s Most Influential Professor, and Outstanding Junior Faculty Member in the Humanities, among several others.

“Dr. Brown is more than a professor or advisor,” says Kate Sanchez ’16. “She truly cares about her students and is constantly challenging them to be the best version of themselves.”

In 2013, she was nationally recognized as a recipient of Kappa Alpha Theta’s Top Ten Outstanding Faculty Members of the Year.  Her service to the College includes participation on major committees, serving as the advisor to the Black Student Association and serving on the Executive Committee of the Presidential Search. This year she has taken the lead as an organizer for the 35th anniversary of Women at Westminster.

“As the advisor for the Black Student Association, Dr. Brown has been the biggest ally for the African-American community on campus,” says Shauntay Larson ’15. “She makes a deliberate attempt to know us all well, to help us, and to be our voice on campus.”

Finally, in addition to numerous articles and professional presentations, Dr. Brown’s first book, The Youngest of the Great American Family: The Creation of a Franco-American Culture in Early Louisiana, has been provisionally accepted by LSU Press.

Dr. Brown was awarded tenure at Westminster College in February of 2015.